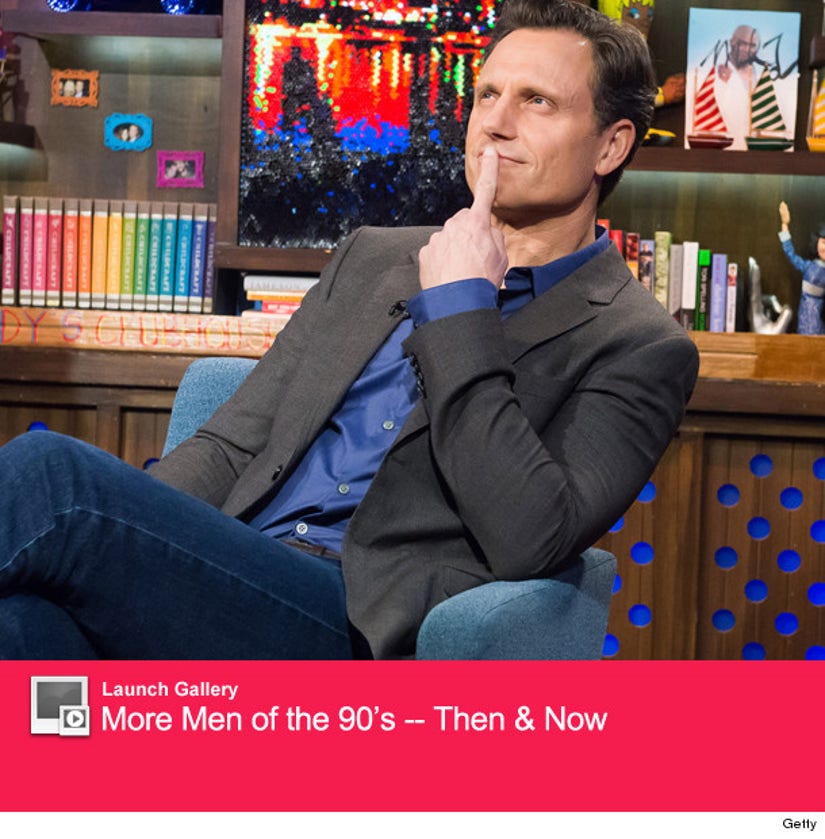 Tony Goldwyn is spilling all of his dirty secrets!

The "Scandal" star made an appearance on "Watch What Happens Live" last week, where he revealed how he handles his personal "scandals" ... like hooking up with his mom's friend when he was only 15.

"That's actually illegal," host Andy Cohen said. "It wasn't for me!" the actor replied with a laugh.

In fact, his tryst even inspired his interest in older women! Check out the clip below to hear more from the 54-year-old leading man.

During the interview, Goldwyn also talked about the ongoing competition with Scott Foley's character to win Olivia Pope's (Kerry Washington) heart on the hit ABC show. So, is her Team Jake or Team Fitz?

"I actually directed the last episode (of Season 4), so I directed the scene where they (Washington and Foley) were dancing together and the whole love scene," he said. "So in that moment I was Team Jake. I really have trouble watching their love scenes."

Watch the clip above to hear more!