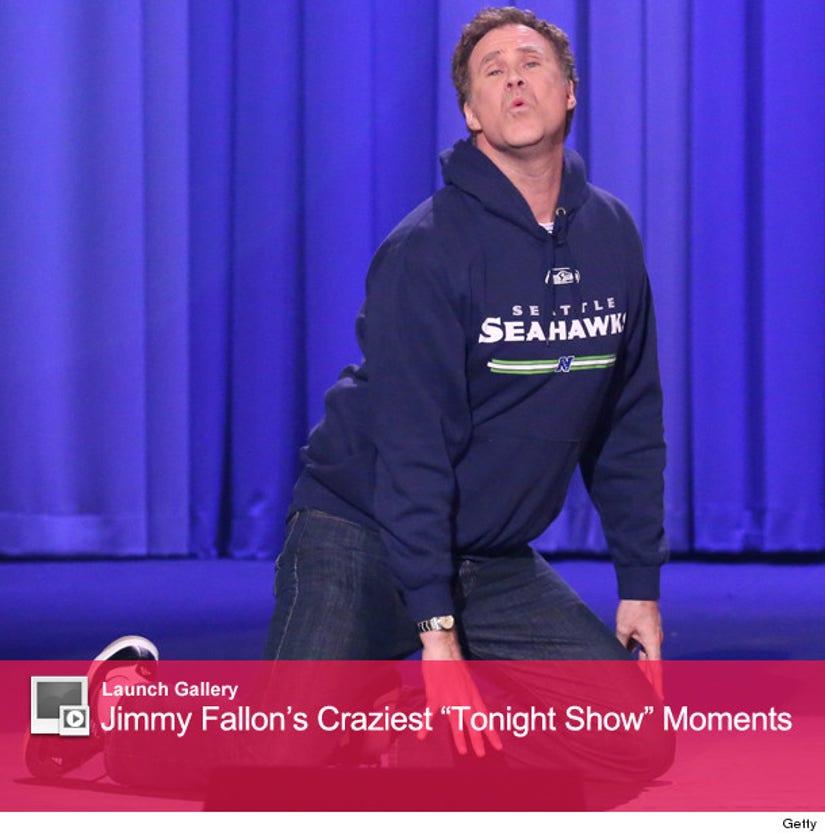 Jimmy Fallon took on Will Ferrell and Kevin Hart during "The Tonight Show's" Super Bowl special -- and it was the best one yet!

The "Old School" star performed Beyonce's "Drunk in Love," bringing down the house by adding Bey's trademark moves. As the late night host put it, "You can't unsee that."

Hart later brought his "Get Hard" costar to tears when he lip synced John Legend's ballad "All of Me."

Britney Spears Had an EPIC Reunion at the Super Bowl

Meanwhile, Fallon did a rendition of Kelly Clarkson's "Since You've Been Gone," but surprised everyone when he had Drew Barrymore join him to help lip sync the "Dirty Dancing" hit "(I've Had) The Time of My Life" by Bill Medley and Jennifer Warnes.

The best part? Fallon danced so hard he tore holes in his pants!

Ferrell and Hart rounded out the night with "Frozen's" classic "Let It Go" by "Adele Dazeem," a.k.a. Idina Menzel and Katy Perry's hit "Roar."

Check out the clip above to see who deserved to take home the lip syncing title!