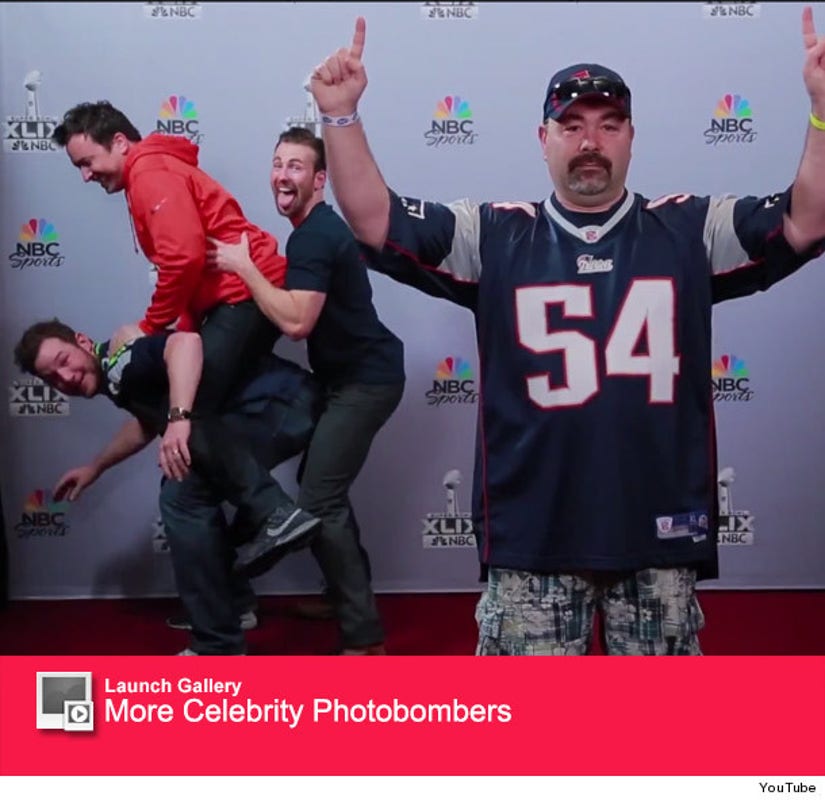 There's no hard feelings between Chris Pratt and Chris Evans after their epic Super Bowl bet.

"Tonight Show" host Jimmy Fallon enlisted the sexy superheroes to photobomb some unsuspecting Super Bowl fans as they posed for pictures on the red carpet on Sunday.

Doing everything from "getting lei'd" to constructing a "triple piggyback," this trio clearly had some fun as they managed to take selfies behind the football fans.

After completing the "triple hoagie," Pratt proceeded to put the sandwich down his pants and out of his fly. At one point, Fallon grabbed the hoagie out from between Pratt's legs and took a bite!

When fans caught the sneak in action, the reactions were just priceless -- check out the clip above to see these guys take a few shameless shots.