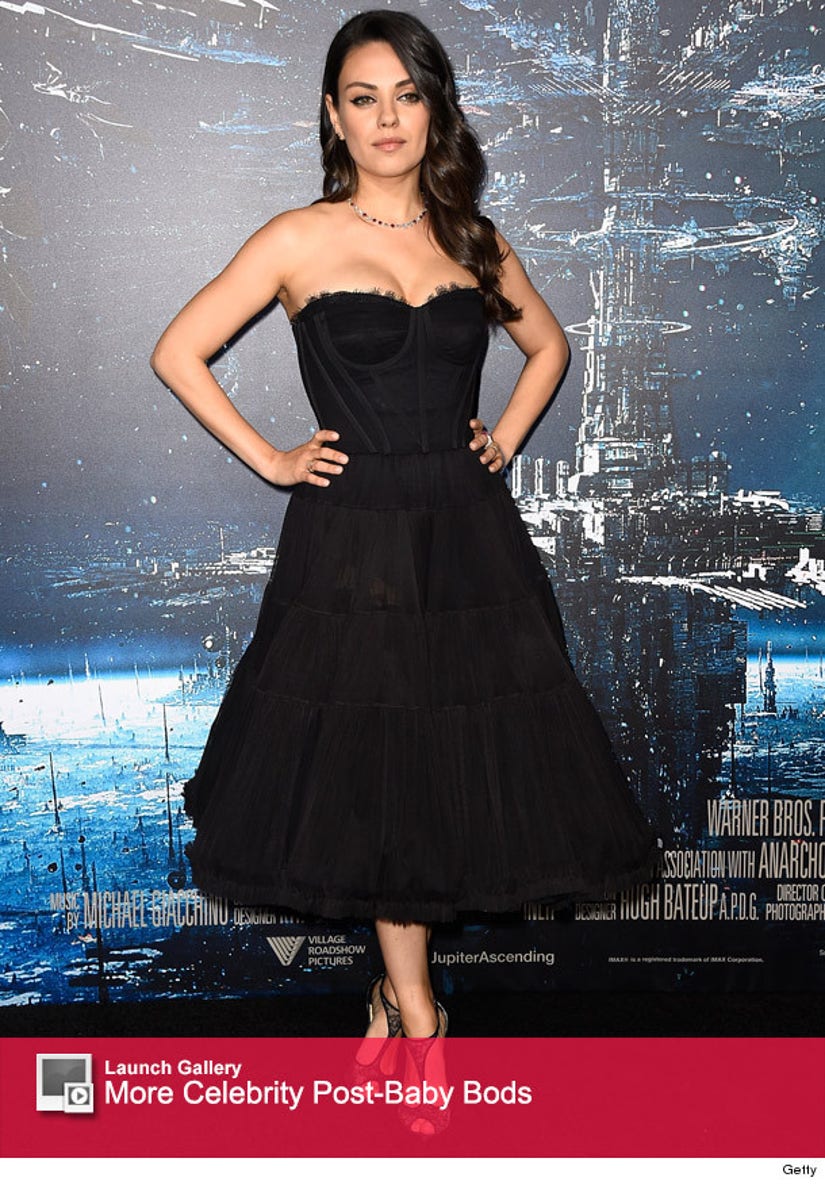 The actress finally made her long awaited return to the red carpet at the premiere of her new movie, "Jupiter Ascending," on Monday night in Hollywood, California.

She chose a little black Dolce & Gabbana dress with a bustier bodice and an a-line skirt. She kept her dark locks off to the side and wore Christian Louboutin lace pumps and Gemfields jewels.

The 31-year-old welcomed daughter Wyatt only four months ago and her post-baby body looks amazing! She definitely has that new mom glow.

Ashton Kutcher's other half also stopped by "The Ellen DeGeneres Show" on Tuesday, where the talk show host put her on the spot about her marital status with her long time love.

The 57-year-old pulled up a photo the actor posted on his Facebook page that shows writing in the sand which reads, "Happy New Year [Love] The Kutchers."

"It's my duty, I'm your friend, but it's my duty as a talk show host to ask you the question if you're married because he posted this so it means something," she said referring to the photo. "It says 'The Kutchers' so it sounds like you're married."

"I don't know, I don't know. We could just be a plural. My daughter has his last name legally. So thus, there's multiple Kutchers. He has a brother," Mila laughed.

Judging by her hesitation and the photos of her wedding band, we're gonna have to agree. Watch the video above to see if Ellen's on to something!

Mila also opened up about her little one ... although she wouldn't use the term "little" to describe her.

"She was 9.5 pounds when she was born. Yeah! Yeah! Uh huh," she laughed. "Because she was so big, she was like a hearty little thing; we skipped the newborn stage. And so she was like a good hearty eater."

The "That 70's Show" alum took three months off to stay home with her daughter and called the experience "really nice."

Mila also revealed her 36-year-old husband partner's baby duties: "If he's home he changes the diaper. He became a master swaddler. He can swaddle anyone's baby."

Do you think the actors tied the knot in secret? Tell toofab in the comments section below then click "Launch Gallery" to see more celebrity post-baby bods!