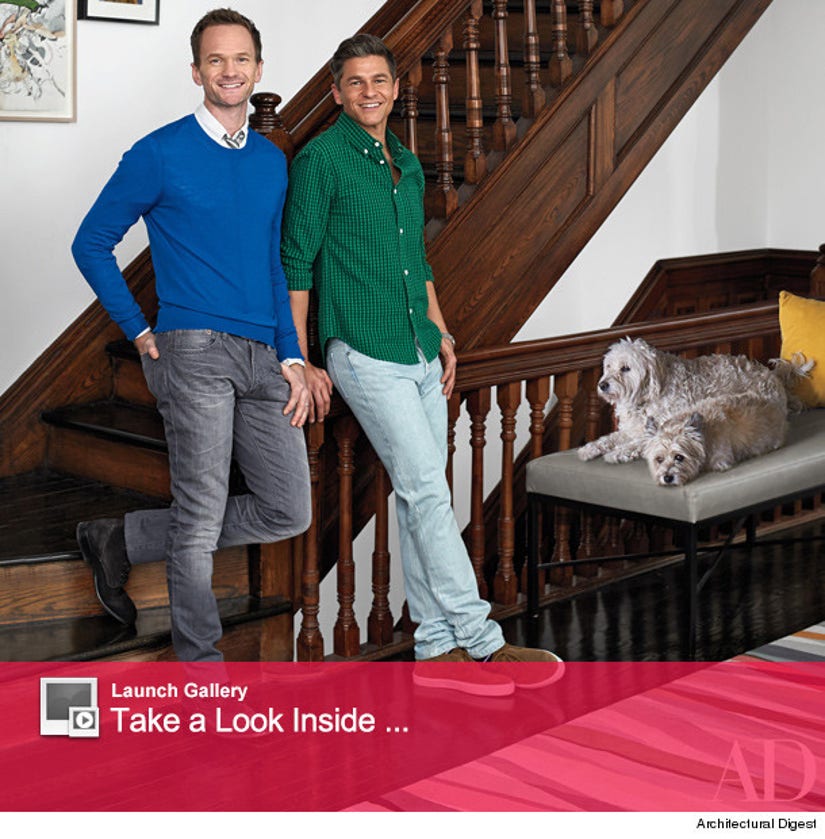 The remodel is finished ... and this home is stunning!

Neil Patrick Harris and David Burtka show off their newly renovated Harlem brownstone in the new issue of Architectural Digest, after a year of working on the five-story, 19th century townhouse.

The couple recently relocated their family -- including four-year-old twins Gideon and Harper and two dogs -- from Los Angeles to New York after Neil booked a starring (and Tony-winning) role in "Hedwig and the Angry Inch" on Broadway.

"Getting married, moving, new jobs -- we did all the things they say can ruin a relationship," jokes Burtka in the mag's March issue. "The funny thing is, we've never gotten along better!" adds NPH.

While they purchased the home (which used to be a former speakeasy) for its "solid bones," they were able to transform it into a pad that perfectly reflects their eclectic tastes.

The walls are covered in taxidermy and the couple's funky art collection, with knicknacks like a stuffed rat with wings, a talking parrot and "pillows with creepy women" found around every corner. There's even a portrait of Tim Curry's Pennywise the clown from "It."

Harris, who is also quite the magician, has his own "magic office" with a secret entrance. How cool!

Check out more photos from inside the unique brownstone above -- and take a video tour below.