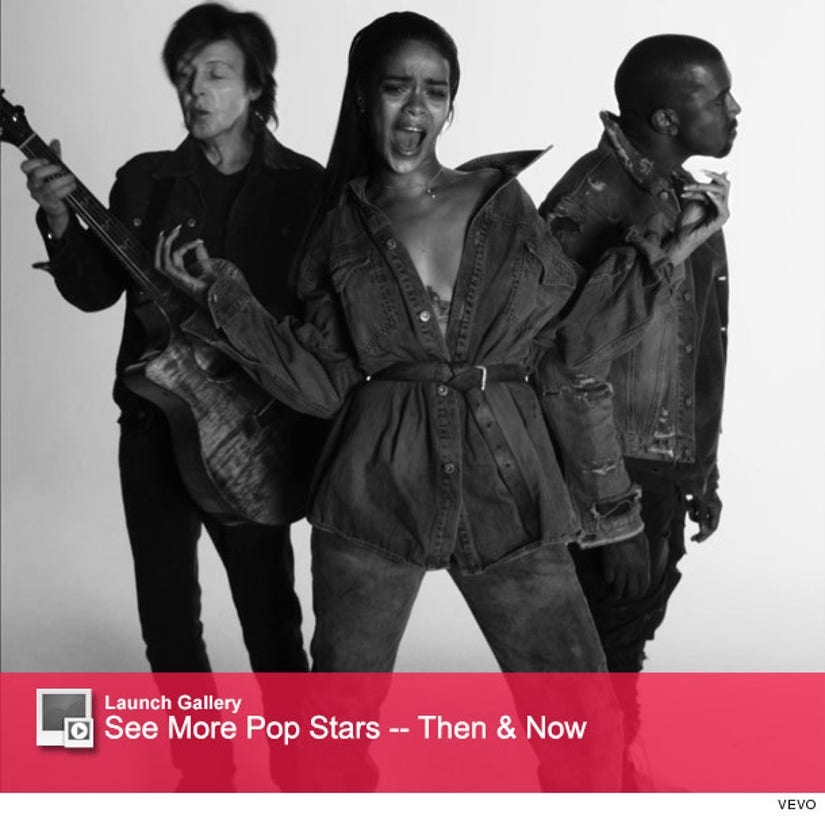 This is definitely a more relaxed vibe for Rihanna!

The "Diamonds" singer just released her new music video for "FourFiveSeconds" and it shows a different and raw side for the usually racy musician.

Beatles legend Paul McCartney and rapper Kanye West both join the 26-year-old in the emotionally charged vid, which shows the songstress exhibiting a range of emotions.

The black and white video features the three performers all clad in denim. RiRi wears a top with a plunging neckline, while the 72-year-old remains calm as he plays the guitar in the background.

Although this is Paul's first time collaborating with the Bajan beauty, he's previously worked with the "All of the Lights" rapper on his recent song "Only One".

In that song and video we see a softer side of Kanye as he sings to daughter North from the perspective of his late mother.

What do you think of the stars' raw sound and look? Sound off in the comments section below then click "Launch Gallery" to see more pop stars then and now!