And the catfight continues!

On Tuesday's "Real Housewives of Beverly Hills," Kyle Richards confronted Brandi Glanville about their last physical encounter at costar Eileen Davidson's poker party. During the near-brawl, Brandi made some pretty shocking accusations about Kyle's relationship with sister Kim Richards and even told the brunette beauty that her husband, Mauricio Umansky, doesn't "want her."

Check out the video above to see Brandi and Kyle go toe-to-toe over "protecting" Kim and the crazy clip below to see when things start get ugly!

Last time the two women saw each other, Kim was acting pretty strange at Eileen's poker party the entire night, and admitted to her sister that she had taken some pain medication.

Of course, Kyle became worried and tried to have a conversation with Kim ... but when Richards approached Kim and Brandi, Eddie Cibrian's ex blocked Kyle from her sister. Outside of the party, Glanville also made some hurtful statements about Kyle's relationship with Kim, who's had long and very public battle with substance abuse.

While Kim seemed to have her sister's back at Davidson's house, this time she sided with Brandi.

Who do you think was in the wrong? Tell toofab in the comment section below and check out the gallery to see more stars who've cleaned up their acts! 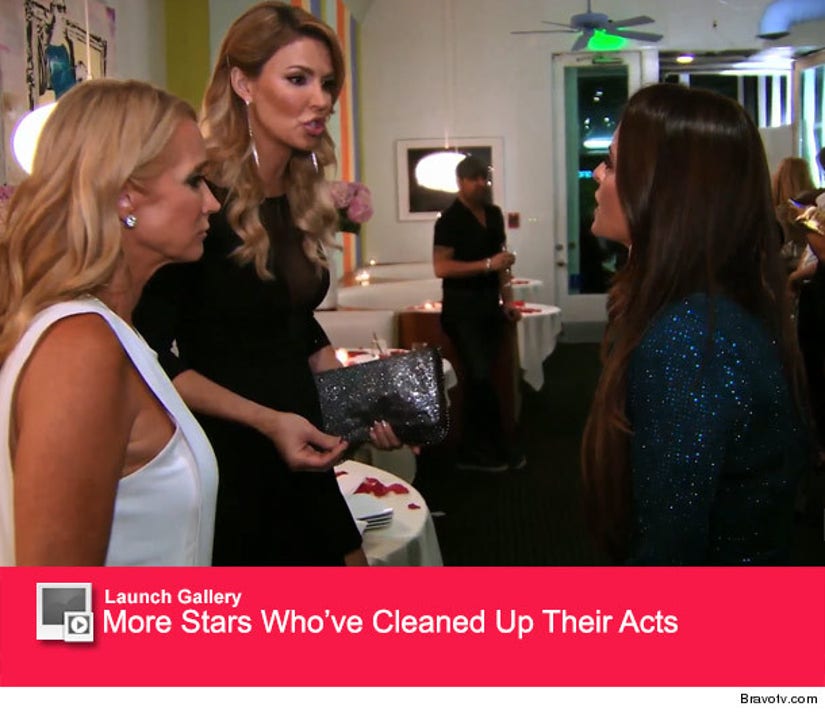