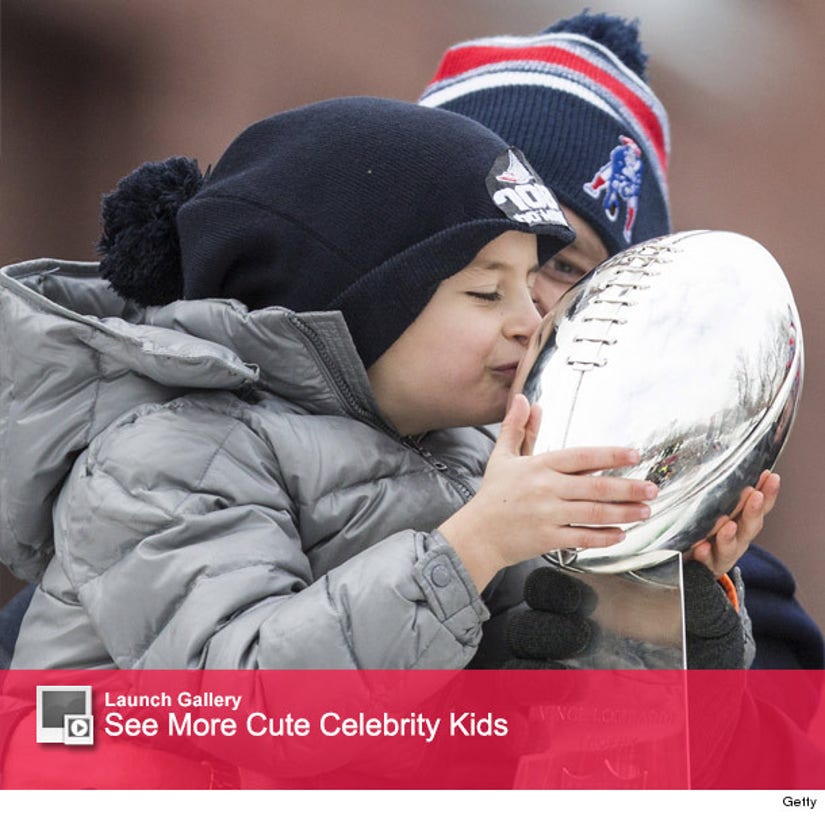 Tom Brady might be one of the world's greatest football players, but he's an even better dad!

The quarterback was spotted with his son Benjamin Brady on a duck boat during the New England Patriots victory parade in Boston, Massachusetts on Wednesday.

Little Benjamin looked ecstatic holding his famous dad's trophy from the 2015 Super Bowl, and was even seen giving the silver accolade a big kiss.

The footballer even planted a big kiss on Benjamin during the parade, and his little boy looked like he was loving every second of the attention! 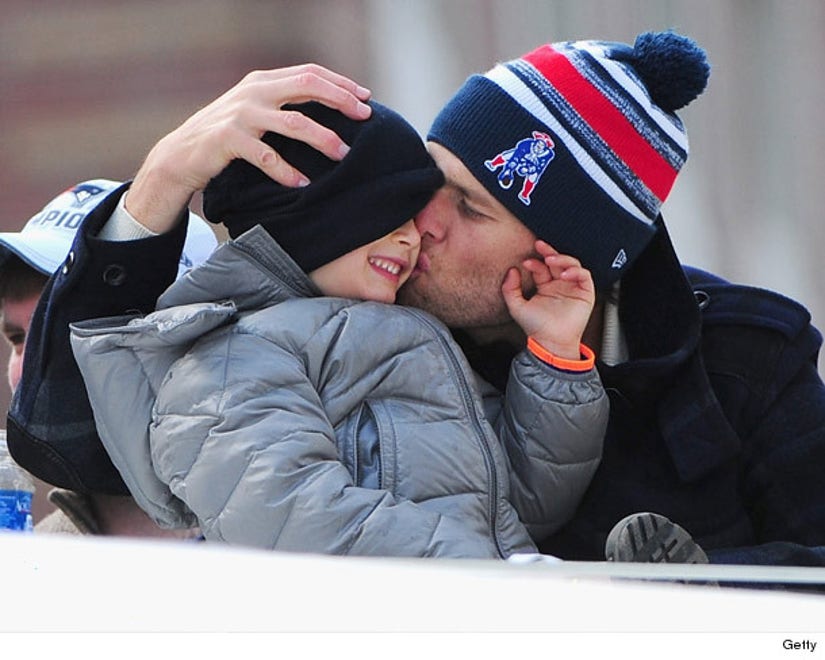 Benjamin is just one of the two children Brady shares with his model wife. The couple also has a daughter Vivian and Tom has another son, Jonathan, from his relationship with ex Bridget Moynahan.

We love seeing this side of the Patriots star -- click "Launch Gallery" above to see more cute celebrity kids!