Kat Graham's "Vampire Diaries" character, Bonnie, is still stuck in the supernatural world of 1994, and she's reached her breaking point.

On Thursday's episode of the hit CW series, Elena (Nina Dobrev) and Damon (Ian Somerhalder) decide to celebrate Bonnie's birthday, but when they try to contact her, they receive a suspicious message from the other side. "Please tell everyone that I'm sorry." Bonnie declares, prompting Elena to think her BFF might be thinking about ending her life.

toofab's Rachel Hoffman caught up with Kat, who was promoting her partnership with Degree, to find out what the future holds for her character.

"She's kind of at a breaking point," the actress revealed. "It's interesting when they push a character to its limits. This is a character who has sacrificed everything for her friends. She's tried to do it with dignity because she believed it was the right thing to do." 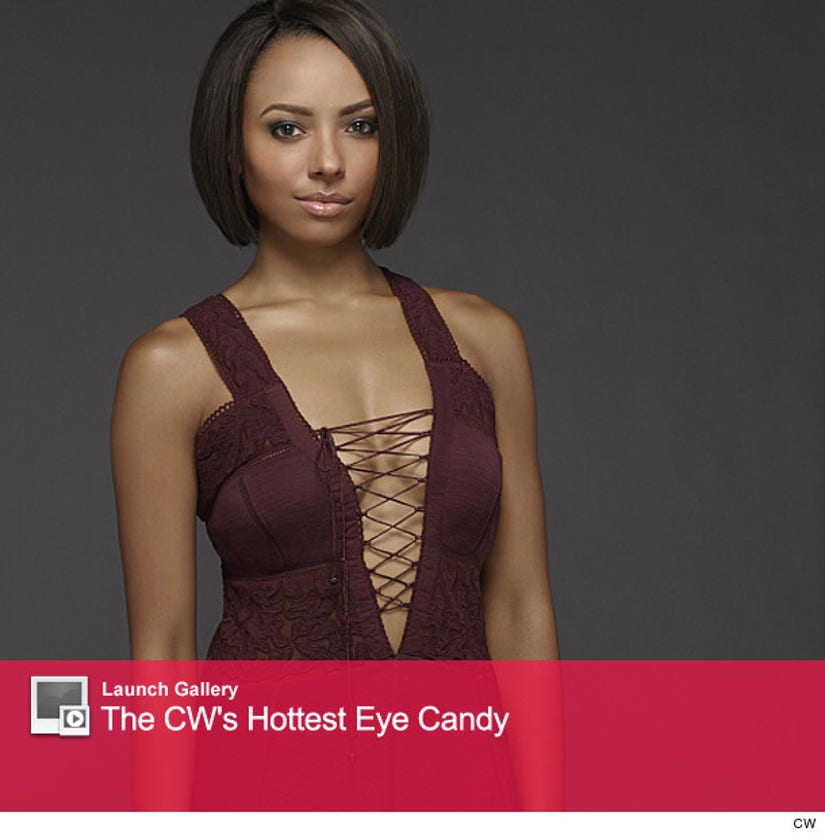 So, will Bonnie ever make it back to the present?

"I can't tell you because that would be a huge spoiler," she teased. "Whatever happens to the character, she would totally go out with a bang."

While Bonnie's future is uncertain, Kat definitely knows what it takes to be a "game changer" in her own life, which means having control over upcoming projects. In addition to acting, the 25-year-old star is also a talented singer, dancer and producer.

In fact, she is producing and starring in a new series of short films called "Muse," which follows a photographer (played by Louis Oberlander) who is in love with his inspiration (Graham).

"I was inspired by film noir, and I wanted to do a silent film," she explained. "I want to be a part of projects and campaigns that support the merge of [acting, singing and dancing.]"

We can't wait to see what this talented star does next!

Watch the clip above to hear more about her new music, and find out what happens to Bonnie when the new episode of "The Vampire Diaries" airs Thursday at 8 p.m. EST on The CW.

Can't get enough of Kat? Follow @DegreeWomen during the Grammy Awards on Sunday to see some of her favorite dance moves from the performances on Music's Biggest Night with the hashtag #dancebreak.