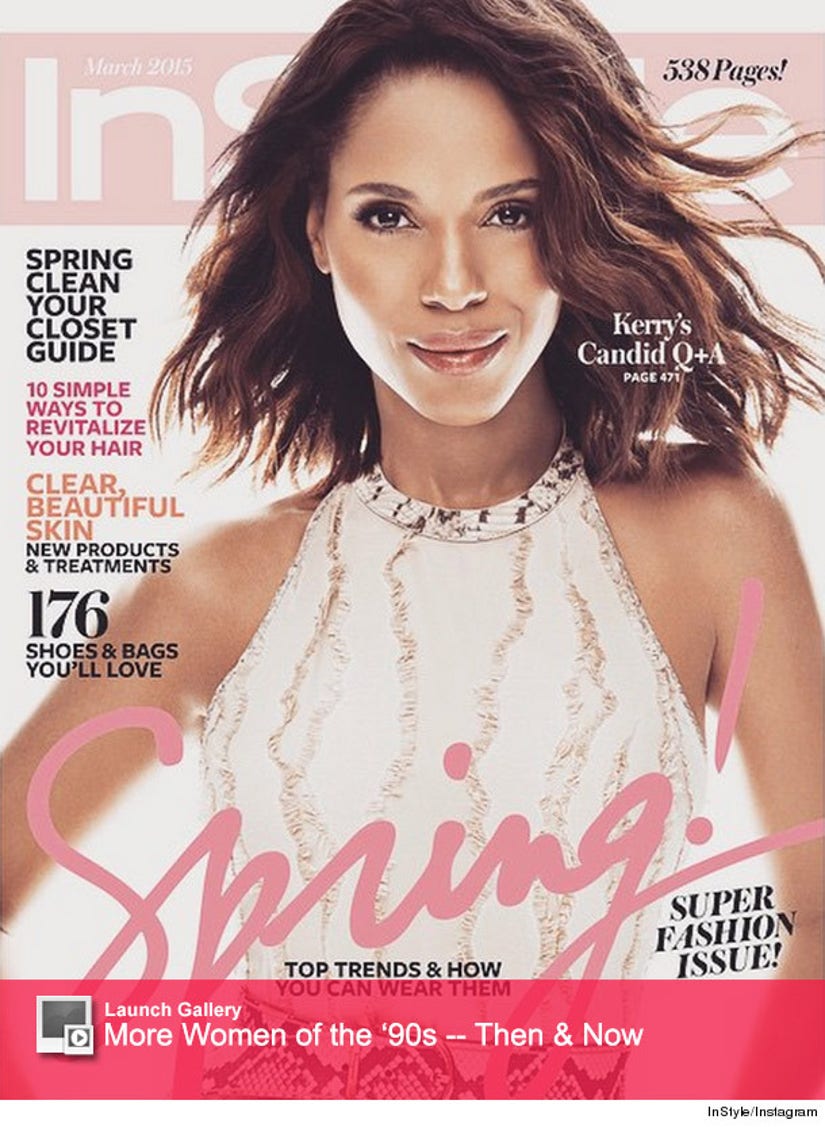 Update: InStyle just responded to some of the complaints, writing "We are super fans of Kerry Washington here at InStyle. To feature her on the cover of our March spring fashion issue is both an honor and a delight. We have heard from those who have spoken out about our newsstand cover photograph, concerned that Kerry's skin tone was lightened. While we did not digitally lighten Kerry's skin tone, our cover lighting has likely contributed to this concern. We understand that this has resulted in disappointment and hurt. We are listening, and the feedback has been valuable. We are committed to ensuring that this experience has a positive influence on the ways in which we present all women going forward."

Did the editors at InStyle go too far ... or are people just overreacting?

Kerry Washington posted the cover photo of the mag's March issue on Instagram, writing, "I'm THRILLED to share with you all that I'm on the cover of this year's March @instylemagazine! Can't wait for you guys to see it and read it! So honored. And crazy excited."

However, she's not getting the welcome response from fans that she might have hoped for.

"Why does this look nothing like you? Why would they change your beauty into something totally unrecognizable," one fan wrote.

"I am a real fan Kerry and this is just disappointing.," another added. "This looks nothing like the beautiful black gladiator you are #sosad."

Some critics even pointed out that the "Scandal" star's skin looks too light, asking, "Why is she white in this picture?"

"Must be the lighting? And the fact that she's in white?," someone commented. "Anyone in white + lighting would look radiant."

Washington isn't the only celeb who has faced airbrushing backlash!

Kim Kardashian, Kate Winslet, Lorde, Britney Spears and Beyonce have also come under fire for looking different in their photos.

What do you think of Kerry's InStyle cover? Sound off below!