Mila Kunis can't get enough of daughter Wyatt Isabelle ... or the affect she's had on her physique.

"It's the greatest thing that's ever happened to me. I've said this and I stand by it," she said during an interview on Wednesday's "Conan." "It is great."

While she's in baby bliss just four months after giving birth, the actress admits that she's still adjusting to her post-baby body, which is something the late night host couldn't ignore.

"I saw a red carpet picture of you and it looked like Channing Tatum was staring at…because there are changes that the body goes through, and it looks like he's busted for staring at your breasts," he said. 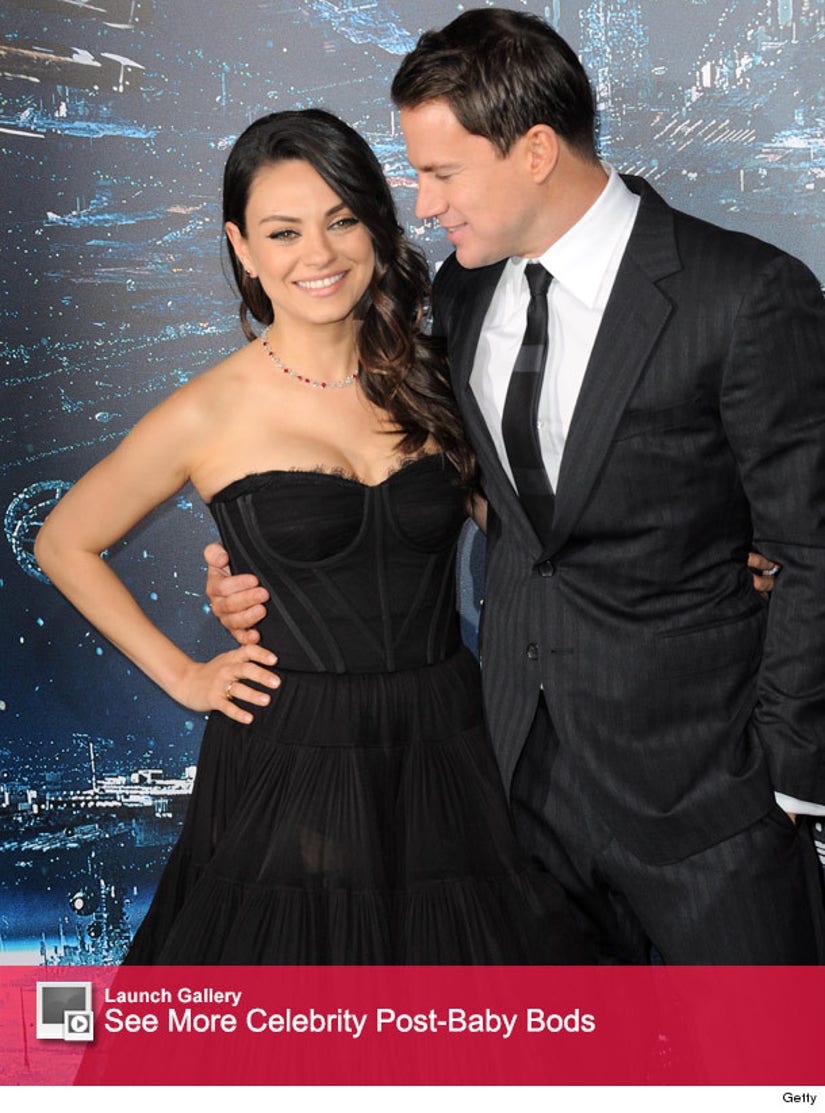 After a picture of Mila and her "Jupiter Ascending" costar appeared onscreen, she said, "Hold on! That's awful. Here's the thing...I swear! I know him and I love him. He really wasn't."

"But, boy, do these things grow! I don't know how to deal with them because I've never had them, so I always dressed for a flat-chested girl, and all of a sudden I'm busty and I'm like, 'What? Check it out!" she added. "This is amazing to me! It's a whole new world."

"I'm staring so hard at your forehead right now," the comedian joked.

Check out the clip above to see what else Mila said about the perks of her new pair!