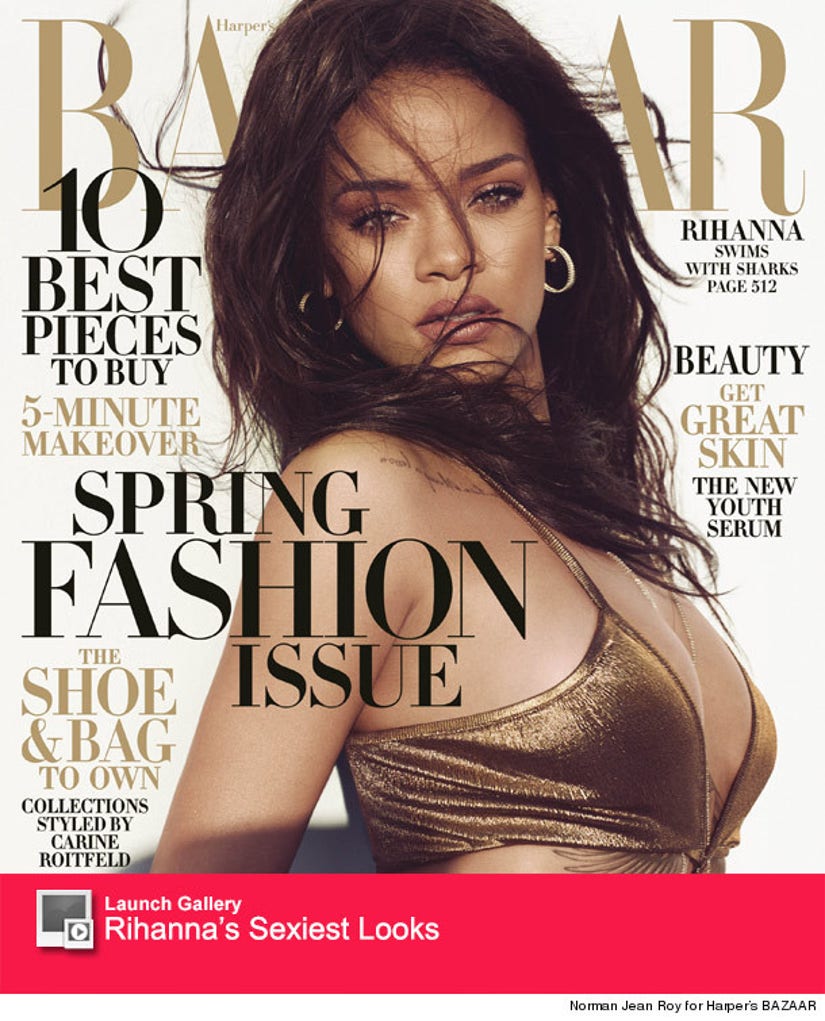 Sharks are having a moment.

To celebrate the 40th anniversary of "Jaws," RiRi recreated a few famous scenes from the movie by swimming with the sea creatures and posing in the jaws of a shark's mouth.

The mag uses the idea of swimming with sharks as a metaphor, as the "Diamonds" singer says she's had plenty of experience dealing with so-called "sharks" outside of the water too.

"I try my best to avoid the sharks of life, but I have had my share of experiences with them, and in those cases I just have to handle them accordingly. But I do not swim with sharks … sharks swim with sharks,” she explains. 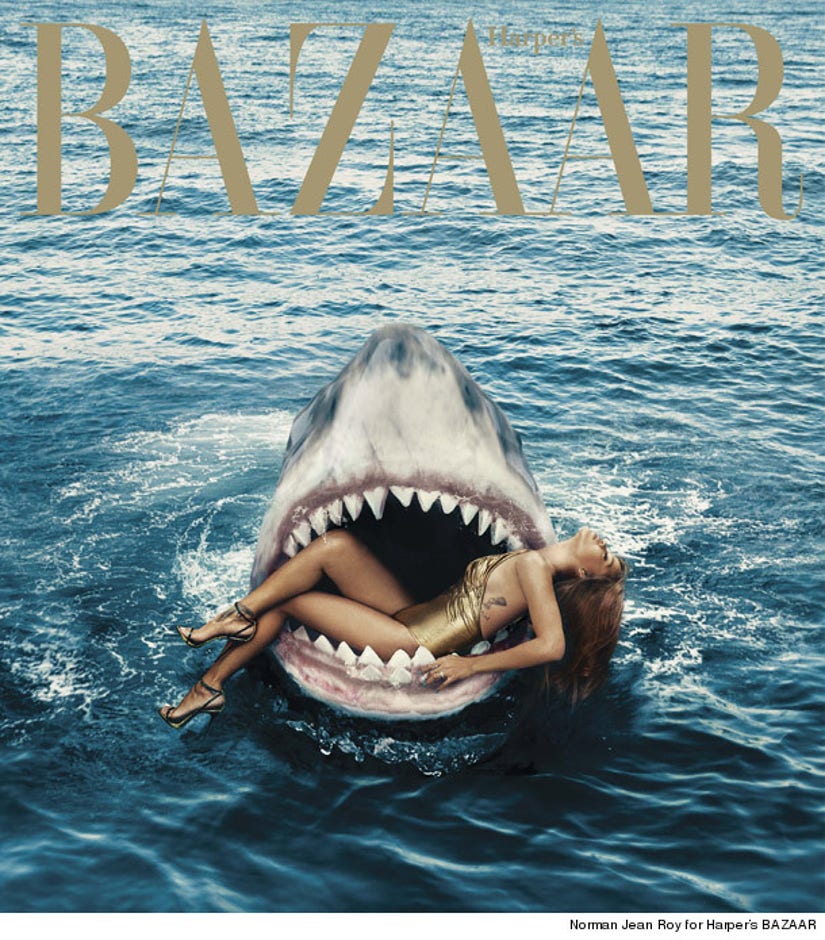 The "Monster" singer also says that this particular photo shoot is probably the craziest thing she's done in a while.

"Greatest adventure? Are you kidding me? I just did a photo shoot in the midst of sharks. It's going to be pretty hard to beat that," she admits.

The 26-year-old pop star also opens up about her killer style, and reveals her favorite looks to-date.

"My favorite red-carpet looks are usually the ones I get to help design: the Adam Selman Swarovski crystal dress at the CFDAs, the Stella McCartney all-white dress at the Met Gala, and the Adam Selman white jersey dress from the VMAs. But the red Azzedine Alaïa at the Grammys is also one of my favorites," she reveals. 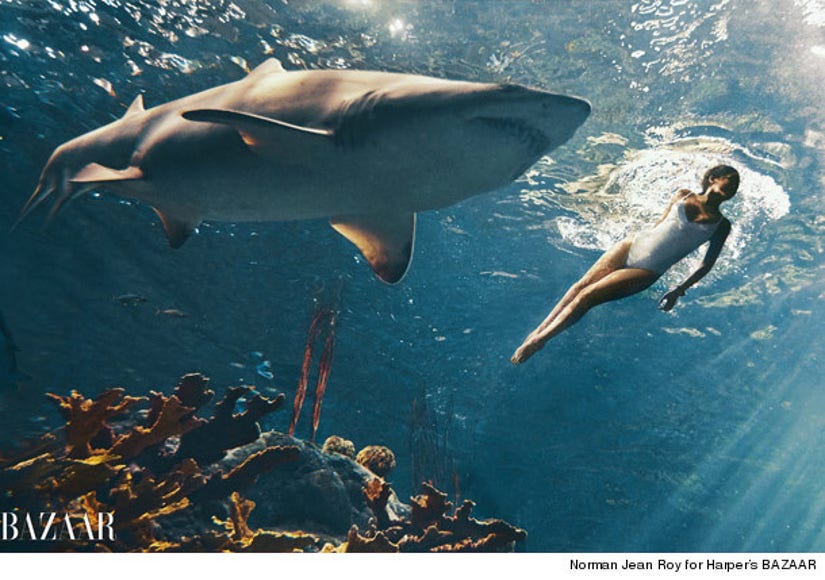 Rihanna likewise says that when it comes to fashion, she doesn't try to think about it too much. "The way I dress depends on how I feel. I never have to psych myself up. Usually it just feels like it works," she tells the mag.

The "We Found Love" singer also says that when she's off-duty, she's a pretty low-maintenance gal.

"At times [I'm] a lot of maintenance, and at times none. I have a job that requires quite a lot of glam, and I have a great team that helps me with that. But sometimes, like when I'm in the studio or on vacation, there's little to no maintenance," she confesses.

What do you think about Rihanna's comments and crazy photo shoot? Tell toofab below and click "Launch Gallery" above to see more of the Barbadian beauty's wild style!