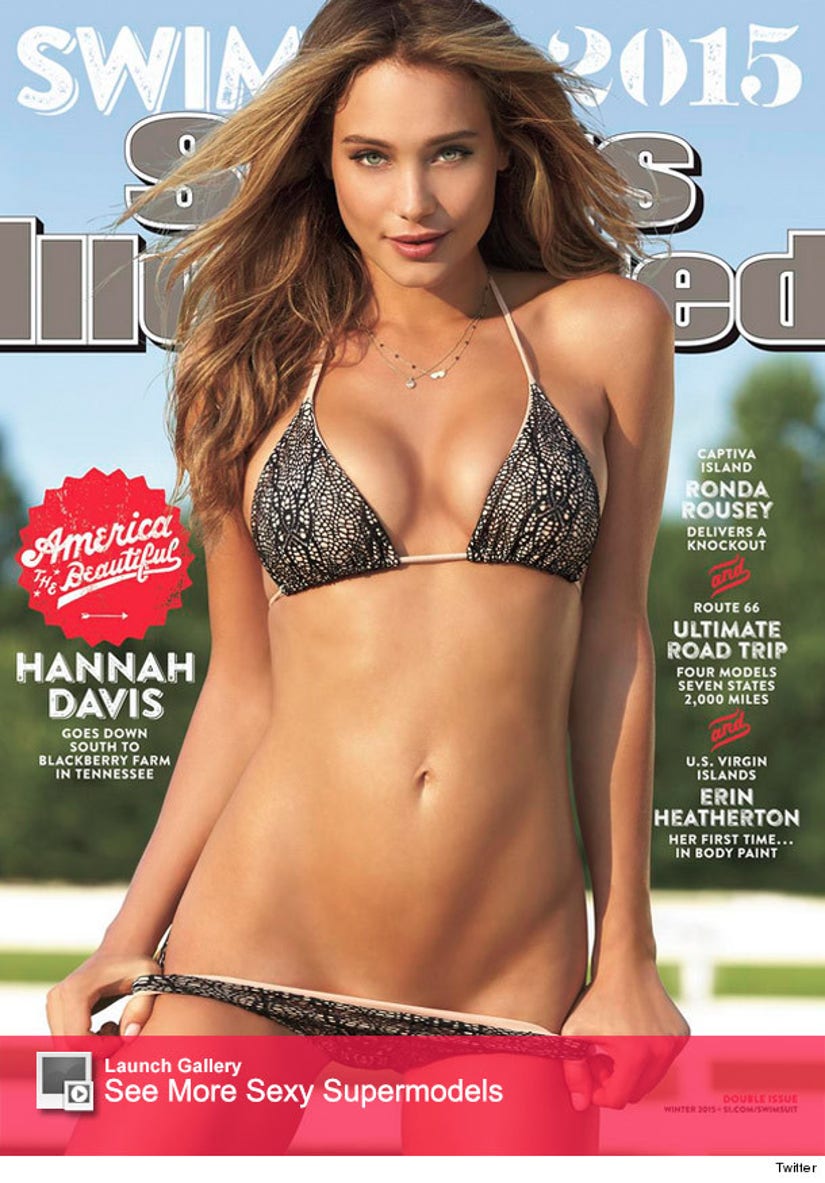 The mag released the cover photo on their Twitter page, congratulating the gorgeous model on the accomplishment.

"SURPRISE!!! Introducing the 2015 #SISwim cover model, @hanni_davis​!" they tweeted along with the shot.

The stunning photo, shot by Ben Watts at Tennessee's Blackberry Farm -- the same spot Kelly Clarkson got married -- features the 24-year-old showing off tons of skin as she stares seductively into the camera.

The 2015 cover girl was on hand to reveal the shot to the public Wednesday night on "The Tonight Show With Jimmy Fallon."

The cover is pretty shocking and definitely one of the raciest to date! But no one was as shocked as the Virgin Islands-born beauty, who got super emotional over her cover news when she found out on Tuesday.

"I told my mom there was no way I'd get the cover," Hannah told SI. "I told her 'They do beaches for covers and I'm on a farm. There's no way. It's not possible.'"

So what else should you know about the beauty? Well, she has been featured in the iconic mag three times ... first in 2013 and then again for SI's 50th anniversary issue in 2014.

Pick up the Sports Illustrated Swimsuit Edition when it hits newsstands next Tuesday.

How beautiful does the cover girl look?! Tell toofab in the comments section below then click "Launch Gallery" to see more sexy supermodels then and now!