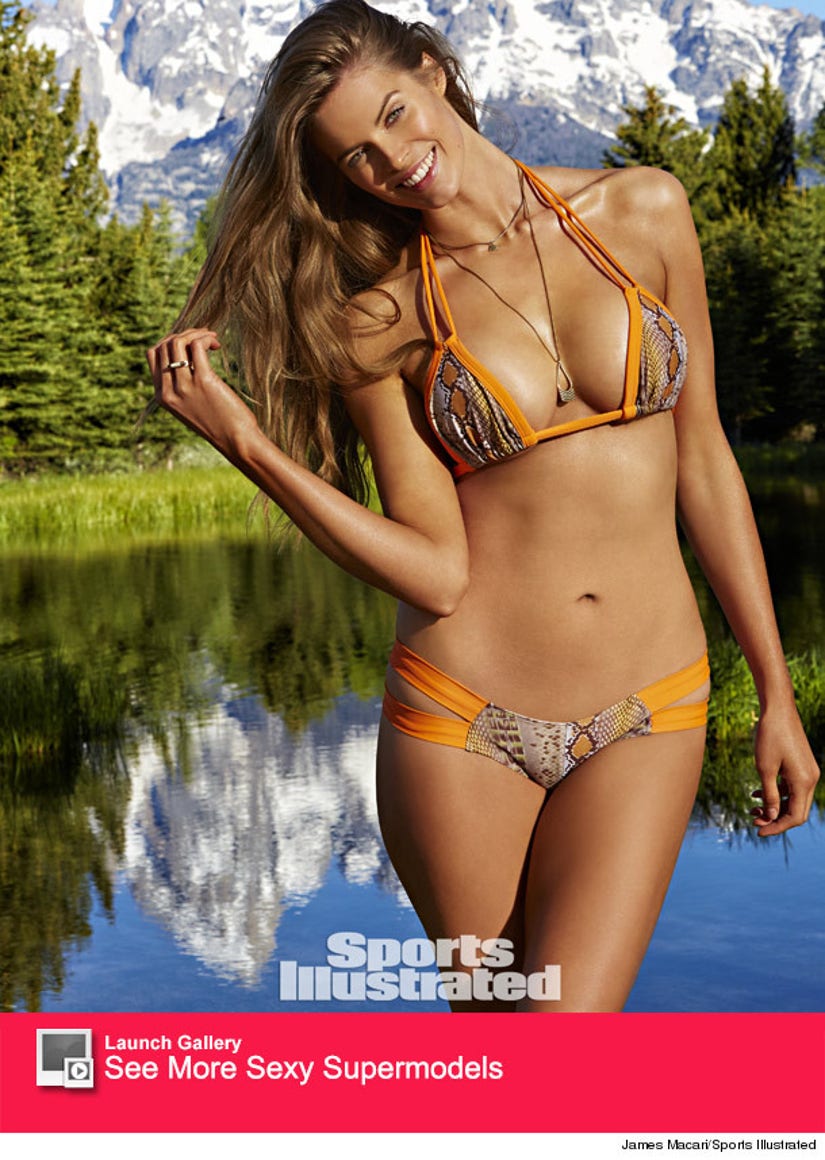 While we've already introduced you to Ashley Graham, the first "plus-sized" model to appear in an ad in the Sports Illustrated Swimsuit Edition ... another model is creating a ton of buzz for being the mag's first so-called "plus-sized" rookie to actually grace its coveted pages.

The 25-year-old Australian native describes herself as "a model beyond a size 10" ... though we don't see anything but killer curves here!

While she may have the "plus-sized" label within the industry, Robyn admits that she doesn't put herself in any category.

"I don't know if I consider myself as a plus-size model or not," Lawley told Time magazine. "I just consider myself a model because I'm trying to help women in general accept their bodies."

"I never thought that this would happen to me, so this is a milestone," she added. "When I started my career 10 years ago, I had to painfully go to castings and people would look at you and say, 'What the hell are you doing here?' I want to be there for the regular girls who are my size."

It turns out, like Graham, Robyn first appeared in a campaign for the plus-size swimwear line, SwimsuitsForAll. Maybe the size 16 model will be a SI rookie next year -- we'll have to wait and see!

Another fun fact about SI's latest stunner? Lawley was pregnant when she shot her pictorial in Jackson Hole, Wyoming. Clearly, she wasn't that far along.

What do you think about all of the Sports Illustrated "plus-sized" controversy? Tell toofab in the comment section below, and click here to find out who landed the cover!

Be sure to pick up the 2015 Sports Illustrated Swimsuit Edition, on stands February 9.