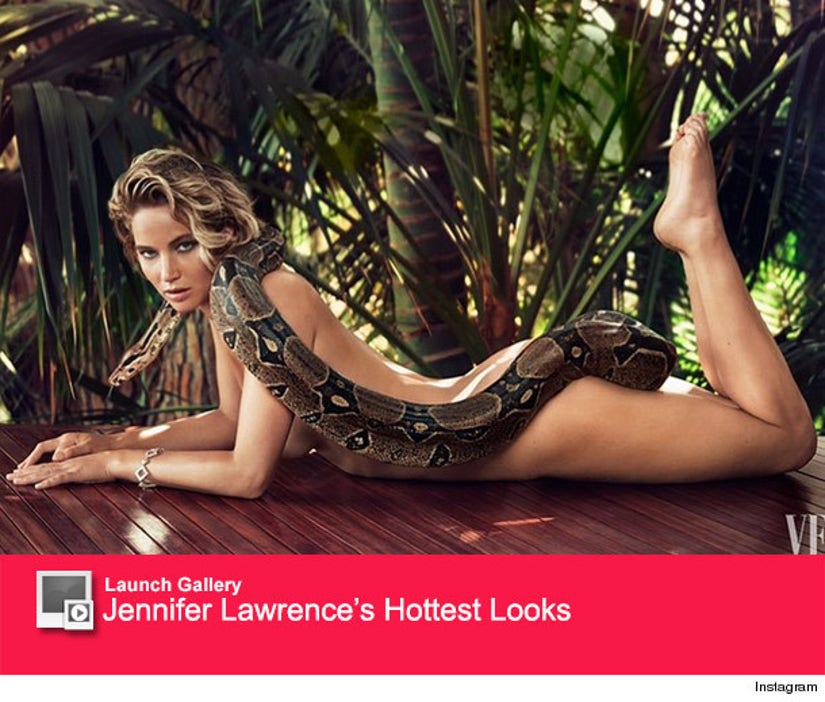 We just saw Rihanna swimming with sharks ... and now Jennifer Lawrence is lying naked with a giant boa constrictor!

Vanity Fair just released an outtake of the "Hunger Games" star from a shoot she did with the mag for their November 2014 issue .

In the sexy pic, the 24-year-old beauty poses in the nude while a giant snake sits atop her back.

The "Silver Linings Playbook" star covered the mag earlier this year ... after a series of her of private nude photos leaked online.

"It is not a scandal. It is a sex crime," she added. "It is a sexual violation. It's disgusting. The law needs to be changed, and we need to change. Just the fact that somebody can be sexually exploited and violated, and the first thought that crosses somebody's mind is to make a profit from it. It's so beyond me. I just can't imagine being that detached from humanity. I can't imagine being that thoughtless and careless and so empty inside. Anybody who looked at those pictures, you're perpetuating a sexual offense. You should cower with shame."

What do you think about the "American Hustle" star's Vanity Fair outtake? Tell toofab in the comment section below and click "Launch Gallery" above to see more sexy stars!