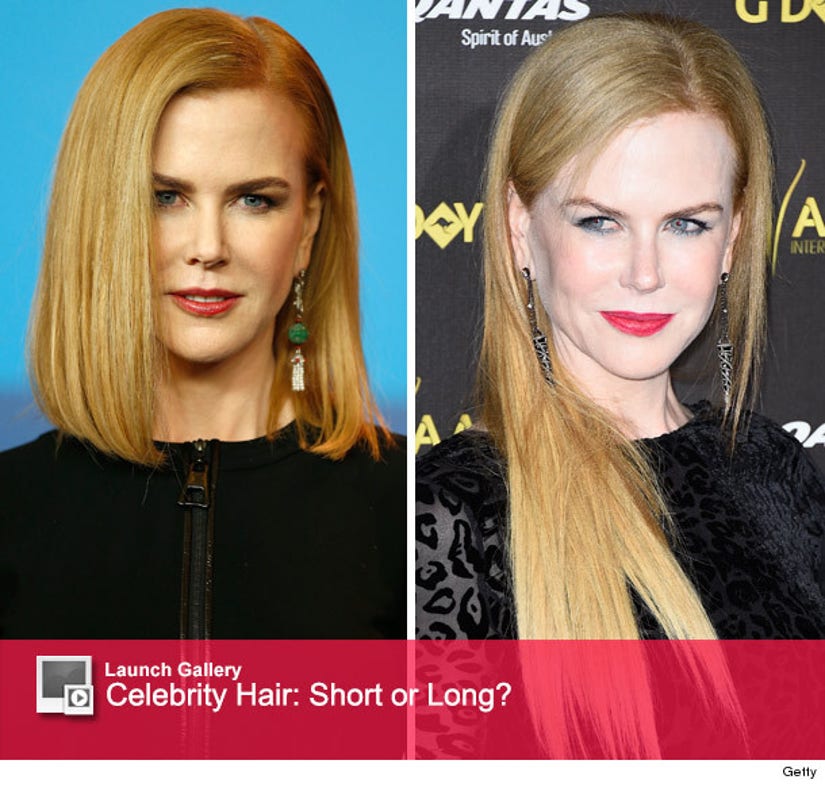 Nicole Kidman just said goodbye to her long locks in favor of a blunt edgy bob!

The "Paddington" star showed off the shorter 'do while attending a press conference for "Queen of the Desert" during the Berlin Film Festival.

The actress, who was sporting super long hair only a few days ago (right), looks like she cut about a foot off to achieve her new asymmetrical lob!

We are absolutely loving the length on the 47-year-old. It's super chic and frames her face perfectly!

The Australian beauty has changed up her look a lot over the years. She's switched up her shade from red to blonde multiple times, and even played around with the texture, going from her naturally curly mane to sleek tresses.

Nicole is just the latest celeb to snip off her long hair in favor of the shorter hair trend. Brooklyn Decker recently got bobbed along with Snooki and Rosie Huntington-Whitley!

We wonder which celeb will make the drastic change next?!

What do you think of Nicole's new look? Tell toofab in the comments section below then click "Launch Gallery" to see more stars who've gone short!