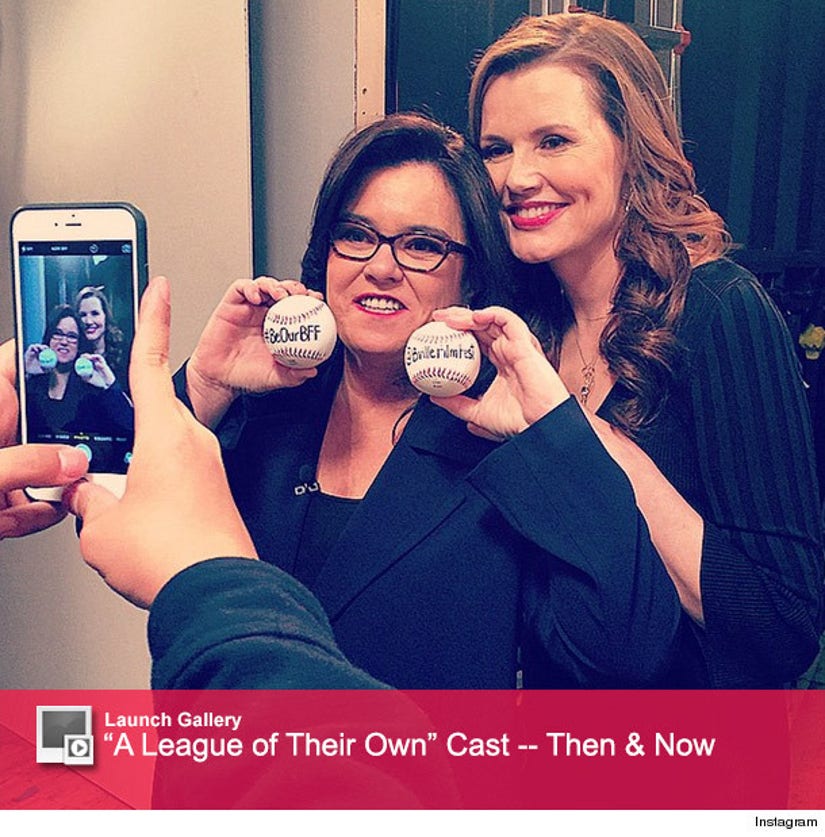 Doris Murphy and Dottie Hinson are together again!

Geena Davis stopped by "The View" this week, were she and host Rosie O'Donnell channeled their former baseball player characters for one awesome Instagram pic.

"We love this #TBT - @Rosie and Geena Davis A #LeagueOfTheirOwn | #TheView #GeenaDavis #GreysAnatomy," "The View" captioned the candid snap.

In the photo, Davis and O'Donnell are holding up baseballs as they smile for the camera together.

While the 59-year-old blonde beauty was on hand to promote the last season of "Grey's Anatomy," all we can think about is Geena as the killer Peaches catcher from the 1992 flick.

The classic movie follows the story of the first American all-female professional baseball team, which took place during World Ward II, while a large portion of the country's men were serving overseas.

Tom Hanks, Madonna and Lori Petty also starred alongside Geena and Rosie -- we'd love to see all these stars get together again sometime soon!

What do you think about Davis and O'Donnell's "A League of Their Own" reunion? Tell toofab in the comment section below and click "Launch Gallery" above to see all the stars of the movie then and now!