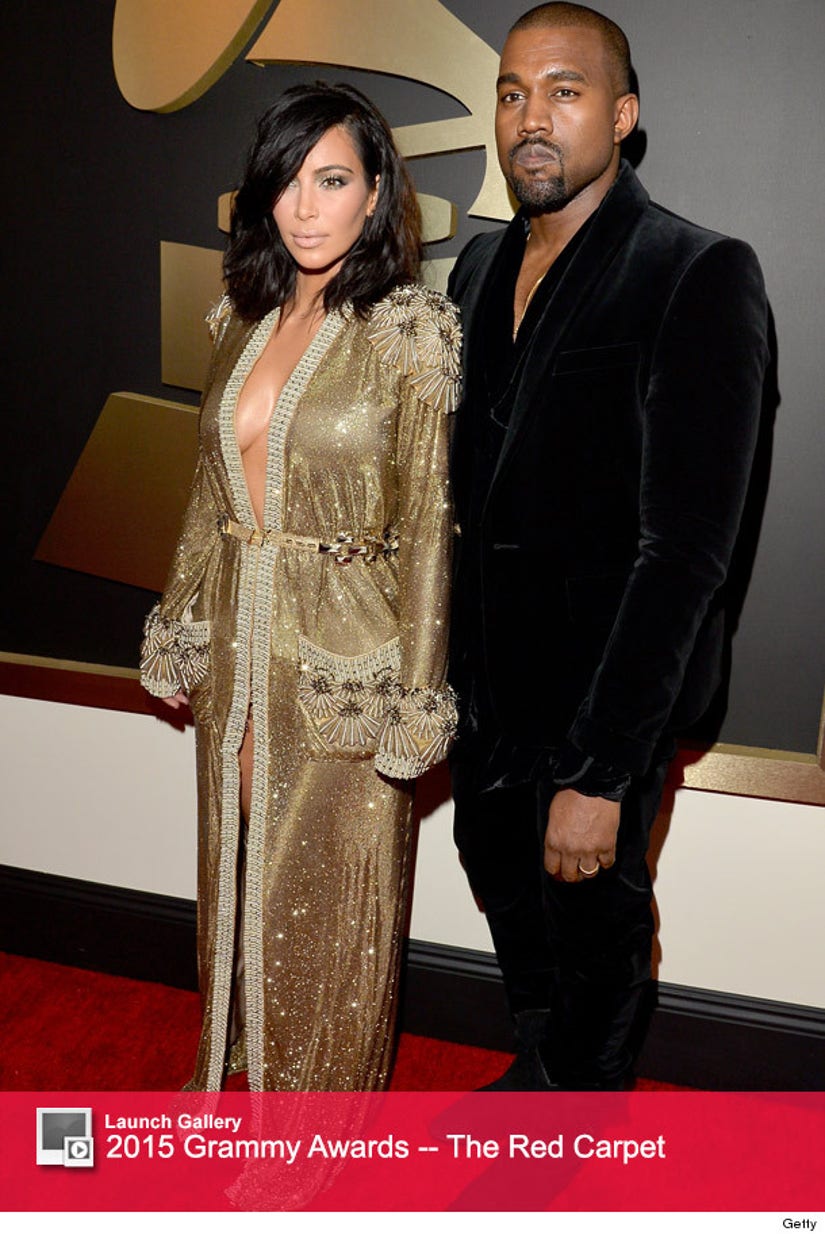 The Grammy Awards may be Music's Biggest Night, but it's also a huge night for fashion. So, let's break down the red carpet looks that kept us talking on Sunday night!

Kim Kardashian stole the spotlight from hubby Kanye West, showing some major skin in a gold beaded Jean Paul Gaultier robe. The reality star paired her glittery ensemble with her newly-cropped 'do, metallic eye makeup and a neural lip.

While we love her toned-down beauty look, there's just too much going with the head-to-toe embellishments. 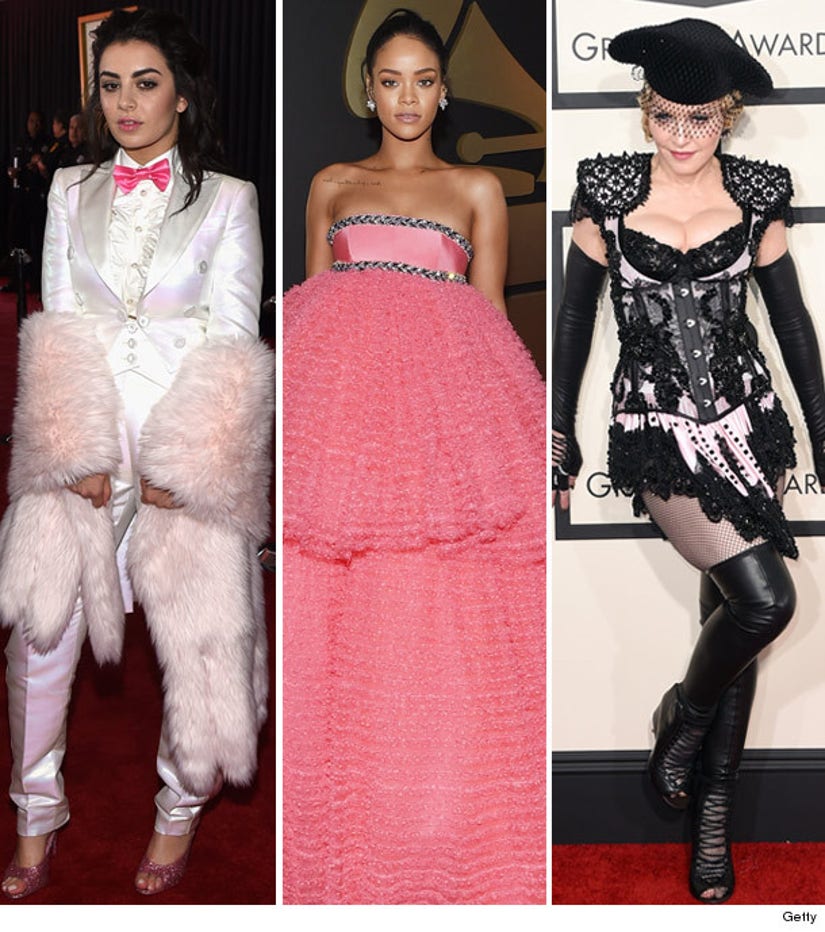 Charlie XCX also raised some eyebrows on the red carpet in a funky white Moschino suit and a bubblegum pink bowtie. The 22-year-old singer-songwriter added even more pizzazz with a pearly fur stole and a ruffled shirt.

Rihanna was the last person to arrive at the show, and, wow, she certainly made an entrance, sporting this giant pink tulle gown by Giambattista Valli. We love that the "Diamonds" singer wore a bright color, but her killer bod was completely swallowed by all that material.

Pics: Blue Ivy Hangs Out with Rihanna In Grammy Audience

Meanwhile, Madonna flaunted some major cleavage (and her booty!) in a matador-inspired embroidered bustier by Givenchy. The 56-year-old songstress completed her edgy ensemble with black leather thigh-high boots, gloves and a hat with mesh over her eyes. 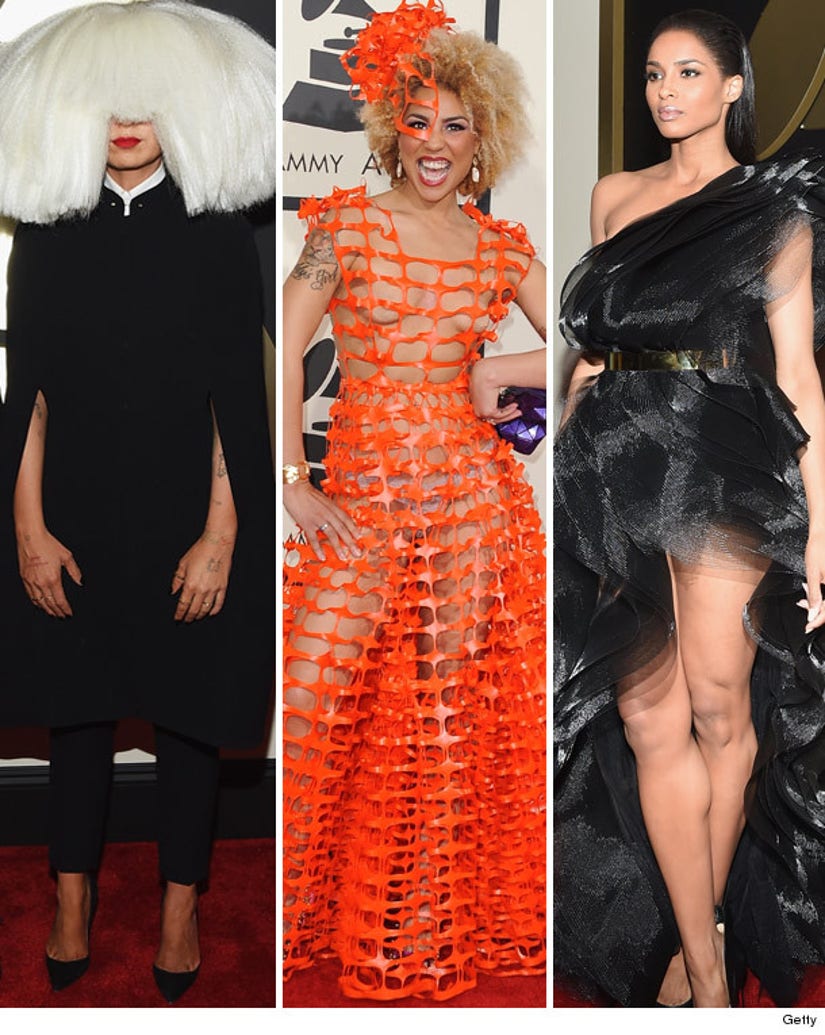 One of the most outrageous look of the night belongs to model and recording artist Joy Villa, who flashed her nipples (and a whole lot more!) in a sheer plastic gown. Is it just us, or does it bear a striking resemblance to orange snow fencing?!

Ciara stepped out in this poofy, black asymmetrical gown that made our jaws drop. Even though the dress looks like a giant shower loofah, her makeup and hair were flawless. 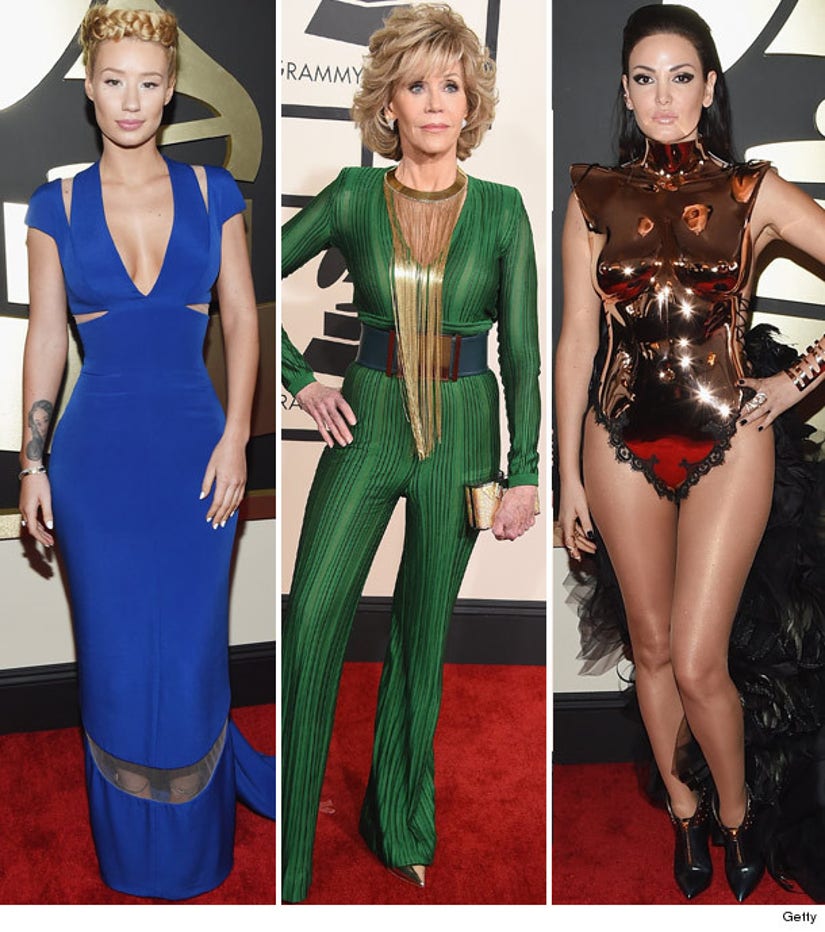 Another star to make quite an impression was Iggy Azalea. We love how her cobalt blue dress showcased her curves, but that braided crown was one of the worst beauty looks of the night.

And last, but certainly not least, Bleona Qereti turned heads in a bronze warrior chest plate with a long ruffled black train. We didn't think she could top her nearly-naked American Music Awards ensemble, but this comes close!

Check out the gallery above to see all the stars on the red carpet at the Grammy Awards -- you don't want to miss these fun photos.

And see who had an outfit change later in the evening for all the WILD after-parties below: 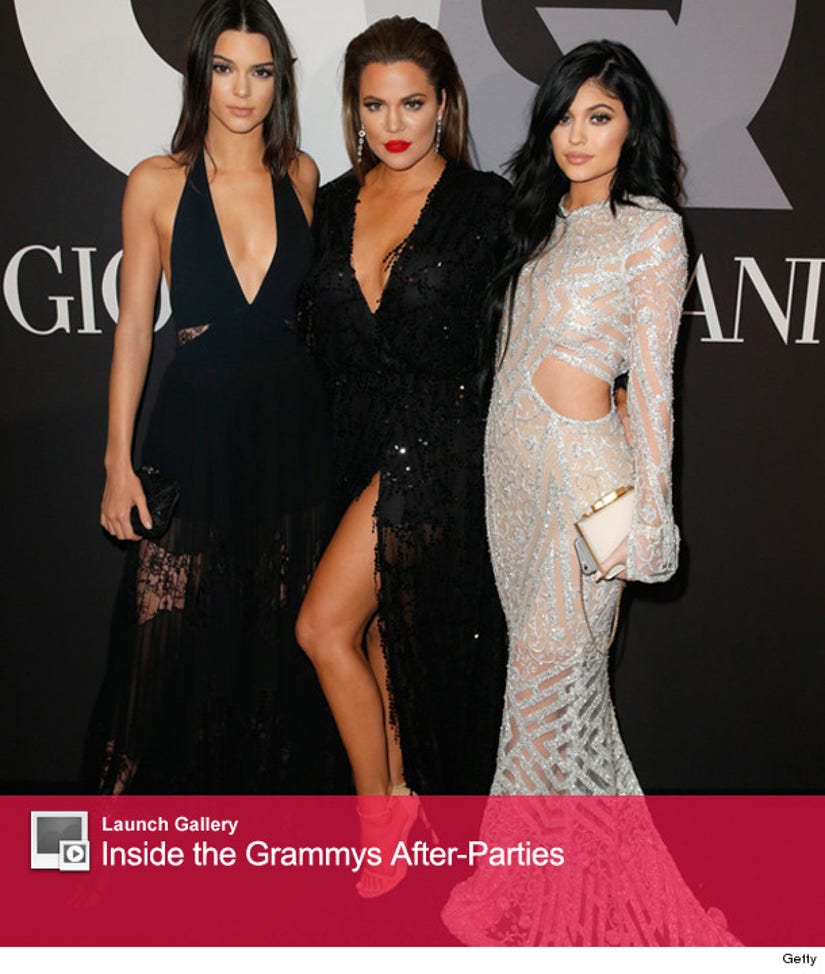