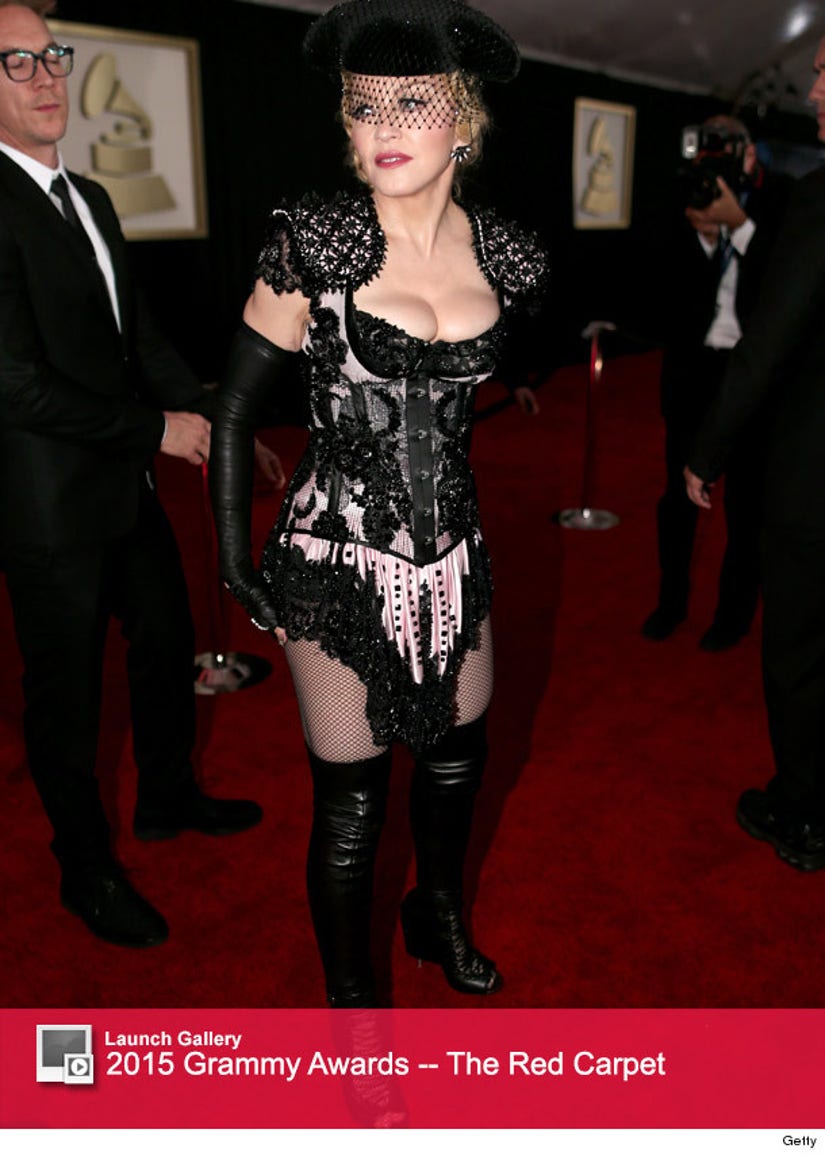 Madonna is showing some skin at the 2015 Grammy Awards!

The 56-year-old singer flaunted some major cleavage on the red carpet, sporting a matador-inspired embroidered bustier by Givenchy. She completed her edgy ensemble with black leather thigh-high boots, gloves and a hat with mesh over her eyes.

The best part? She even showed off her booty (black thong!) to fans and photographers as she walked away! 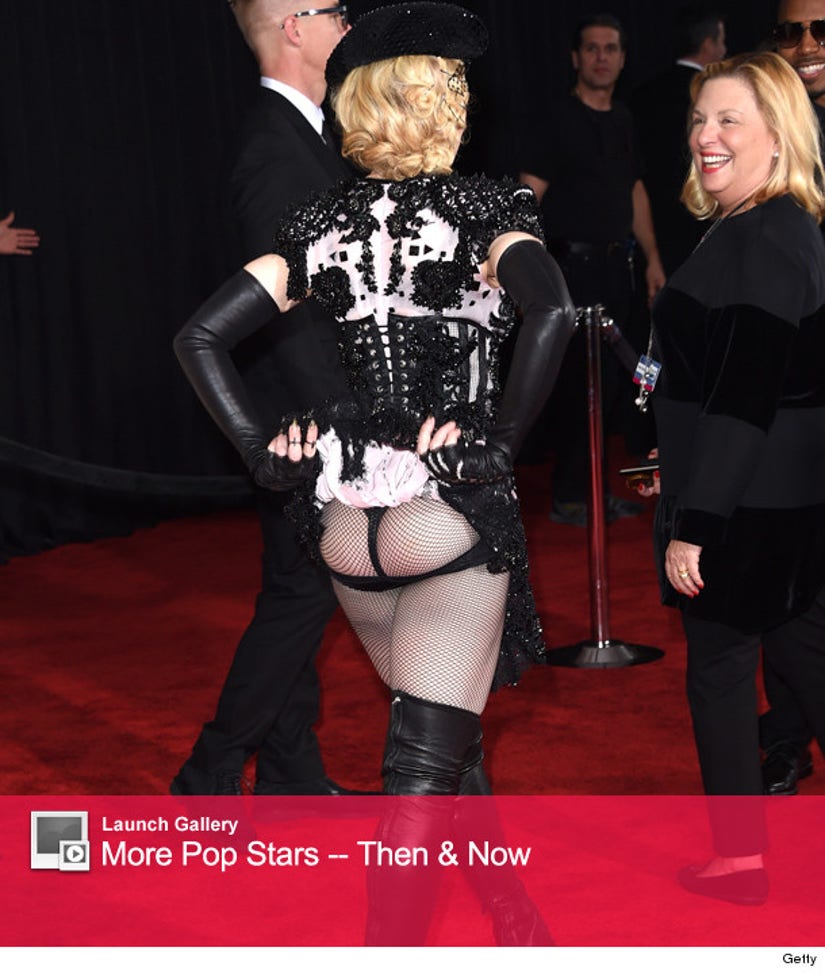 The Queen of Pop hit the stage on Music's Biggest Night to perform her new song, "Living for Love," from her upcoming 13th studio album, "Rebel Heart."

Madge released the music video for the track on Friday -- and it lives up to all the hype!

Like her video for 1994's "Take a Bow," the new clip features a bullfighting theme -- but this time, the legendary pop star plays the role of the sexy matador.

Donning a red bolero jacket, a black lace corset and an embellished leotard, the songstress dances on a red platform, as masked men close in around her.

"Man is the cruelest animal," a Friedrich Nietzsche quote at the end of the video reads. "At tragedies, bullfights, and crucifixions he has felt best on earth; and when he invented hell for himself that was his very heaven."

Madonna is officially back -- check out her music video above and click "Launch Gallery" at the top to see all the stars on the red carpet at the Grammys!