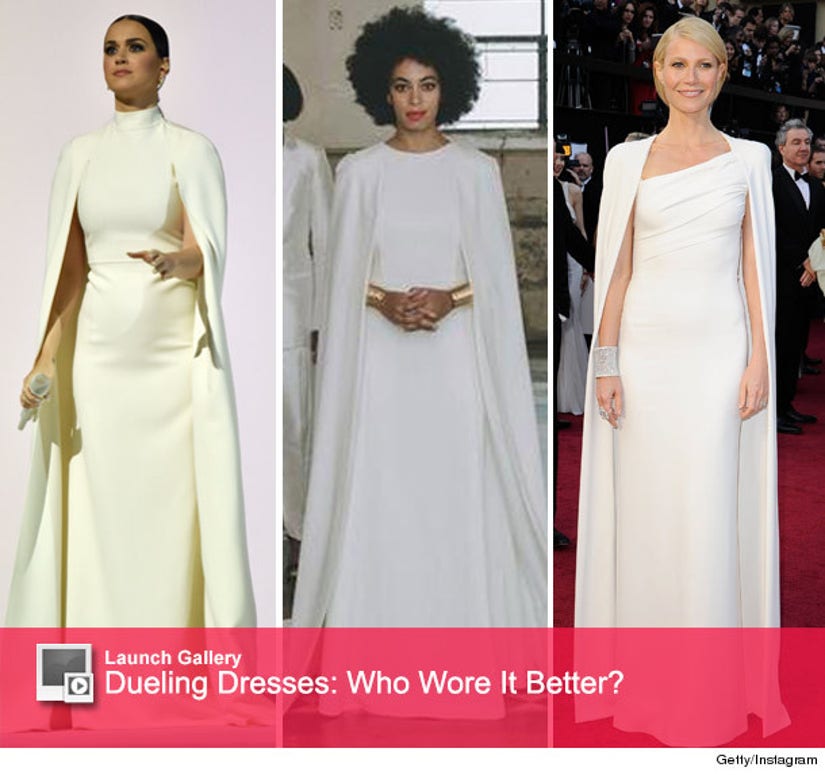 One white cape dress, three very different celebs ... this is going to be an interesting edition of Dueling Dresses.

Katy Perry donned this caped frock during her performance at the Grammy Awards on Sunday night. The singer looked angelic in the turtleneck design, but the ensemble was giving us a serious case of déjà vu!

We've seen this look before on Solange Knowles, who wore the Humberto Leon for Kenzo creation for her wedding back in November! Beyonce's little sister opted for a simple neckline and added gold cuffs for a very unique look for her nuptials.

But, the original caped crusader is Gwyneth Paltrow ... who sported a similar look at the Oscars back in 2012. The "Mortdecai" actress wore a white Tom Ford gown to the awards, but hers featured a less dramatic hemline and asymmetrical neckline.

All three starlets look great in the dress, but Gwyneth gets extra points for originality and making the look more wearable!

Who was your favorite in the caped look?! Tell toofab in the comments section below then click "Launch Gallery" to vote for more stars in dueling designer duds!