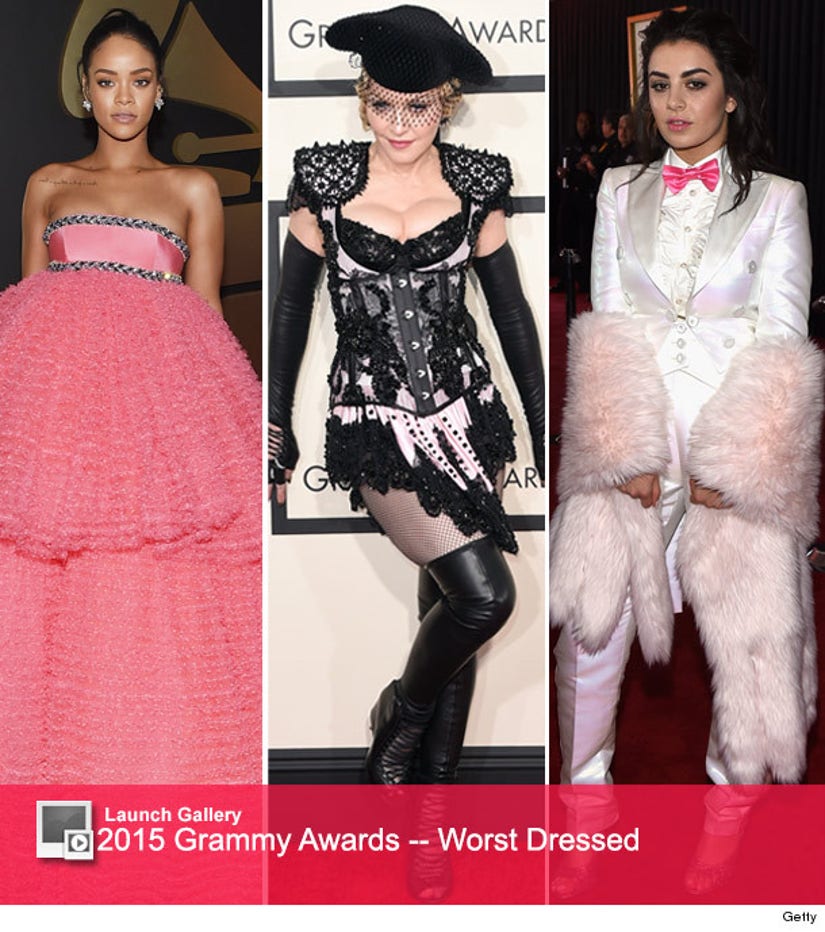 These ladies have committed some serious fashion crimes!

The 2015 Grammy Awards went down at the Staples Center in Los Angeles on Sunday -- and while most of music's biggest names brought their fashion A-game ... there were a few stars who missed the mark.

We're not sure what Rihanna was thinking with this giant bubblegum pink Gianbatista Valle ball gown. While the "Diamonds" singer looked flawless from the neck up, the actual dress was one hot mess. Normally, the 26-year-old nails her red carpet looks, but whoever styled the singer this year might be looking for a new job tomorrow.

Madonna stole the spotlight at the 2015 Grammy Awards, but not in a good way. The 56-year-old pop star looked like she was trying way too hard in her black beaded Givenchy dress -- the corset looked about two sizes too small in the bust on the "Living for Love" singer. Madge even had a purposeful wardrobe malfunction outside the award show when she flashed her booty.

And Charli XCX tried to rock a menswear-inspired look ... but failed. The pop star's white satin Moschino tuxedo looked a little tacky and her giant pink fur shawl didn't add anything to the eccentric ensemble either. The "Boom Clap" singer did make a statement for her first Grammys red carpet, though!

But these ladies weren't the only stars of the night who disappointed -- click "Launch Gallery" above to see more of our picks for the 2015 Grammy Awards' worst dressed stars!