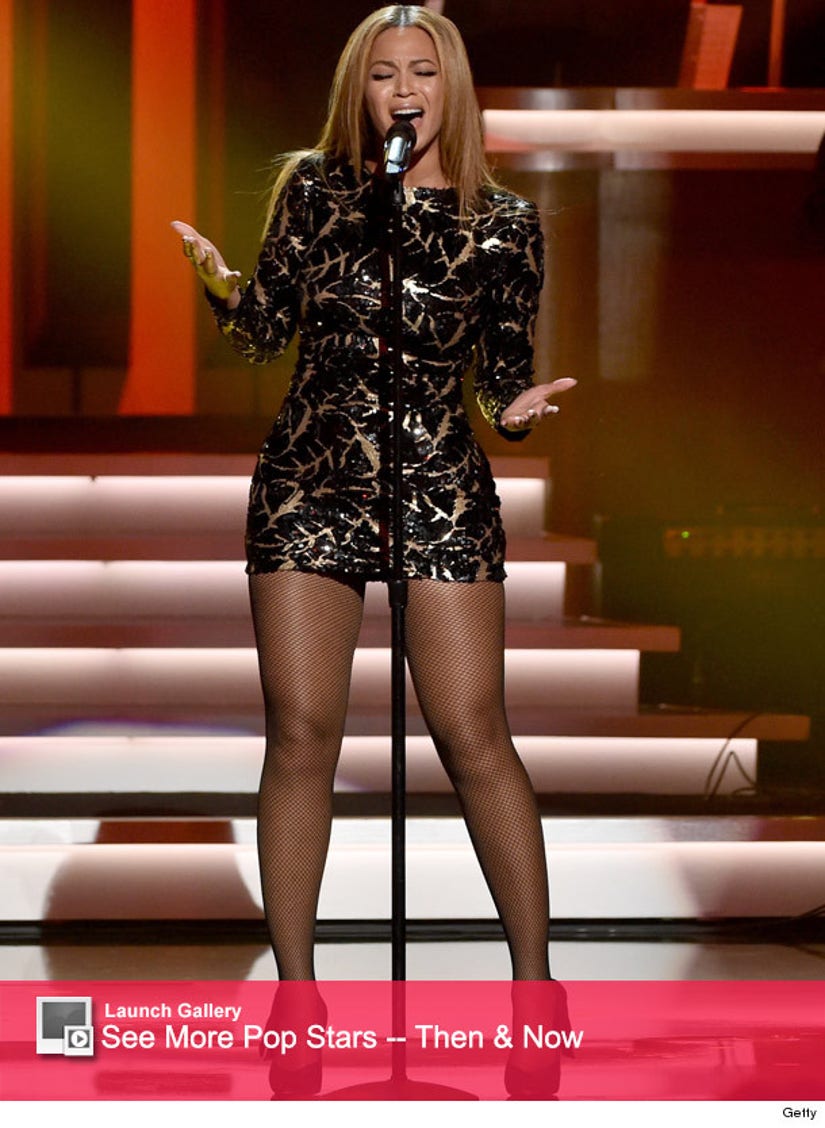 Beyonce is full of surprises!

Queen B gave a surprise performance on Tuesday night for Stevie Wonder's Grammy tribute at Nokia Theatre at L.A. Live, where she rocked the stage in a sexy, sequined mini.

The "Flawless" singer was hotter than ever in the Michael Costello dress and fishnets, as she kicked off the night with a performance of "Fingertips Pt.2".

Half-way through the set, the 33-year-old shocked the crowd again when she brought out Ed Sheeran and Gary Clark Jr. to accompany her onstage!

The "Thinking Out Loud" crooner was just as excited to be performing with the diva and took to Instagram after the show to share a snap from the night.

"Had a brilliant time performing with these two tonight at the Stevie Wonder tribute," he captioned the photo.

When Bey wasn't shutting it down on stage, she apparently danced up a storm with Jay-Z in the crowd.

She partied along to the sounds of Tony Bennett and Andrea Bocelli, Annie Lennox, Pharrell and Ryan Tedder, Jennifer Hudson, Ariana Grande, Ne-Yo, John Legend, The Band Perry and Janelle Monae, who all took part in the tribute.

"Stevie Wonder: Songs In The Key Of Life- An All-Star Grammy Salute" airs Monday at 8 p.m. on CBS.

What do you think of Beyonce's performance look?! Tell toofab in the comments section below then click "Launch Gallery" for more pop stars then and now!