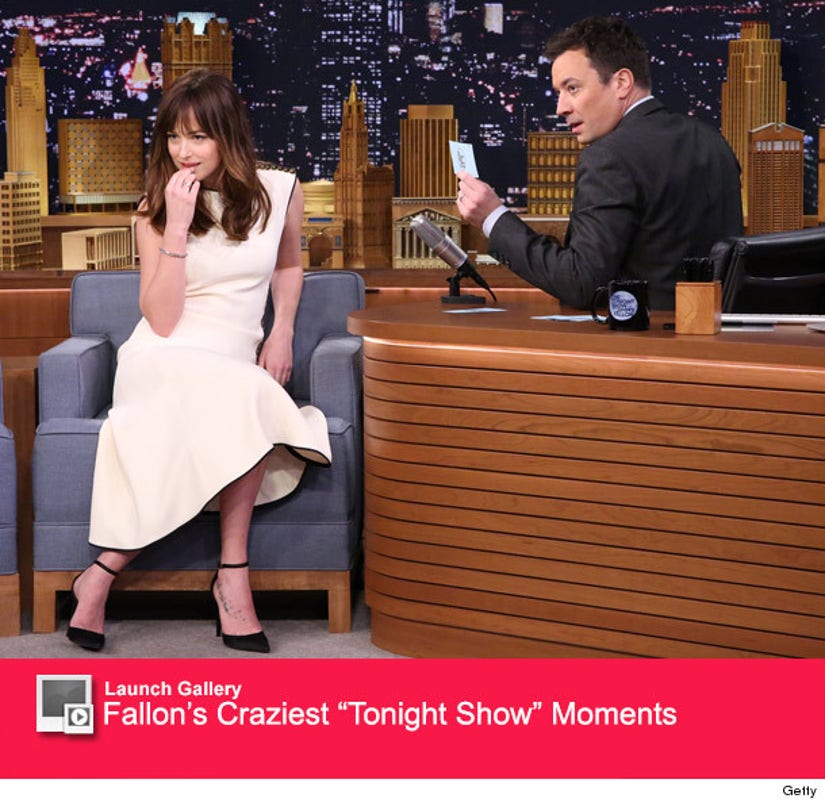 The "Fifty Shades of Grey" star put her skills to the test on "The Tonight Show" Tuesday, where Jimmy Fallon challenged her to read un-sexy lines with as much sass as possible.

"Here's the deal: all the sentences on this card are very unsexy," the comedian said, "so it's up to us to make them sound sexy. Are you ready for this?"

Jimmy went first but quickly proved that he's not as sexy as he had hoped. "I want to go fishing this afternoon. Do you know where I can buy grubs or worms?" he asked, reading the card. After delivering his line, he asked, "What do you think about that? Pretty sexy."

The actress was up next, turning up the heat as she read, "Excuse me while I go slip into a pair of old sweatpants."

Check out the video above to see these two in action, and watch her seduce Christina Grey in the trailer below!