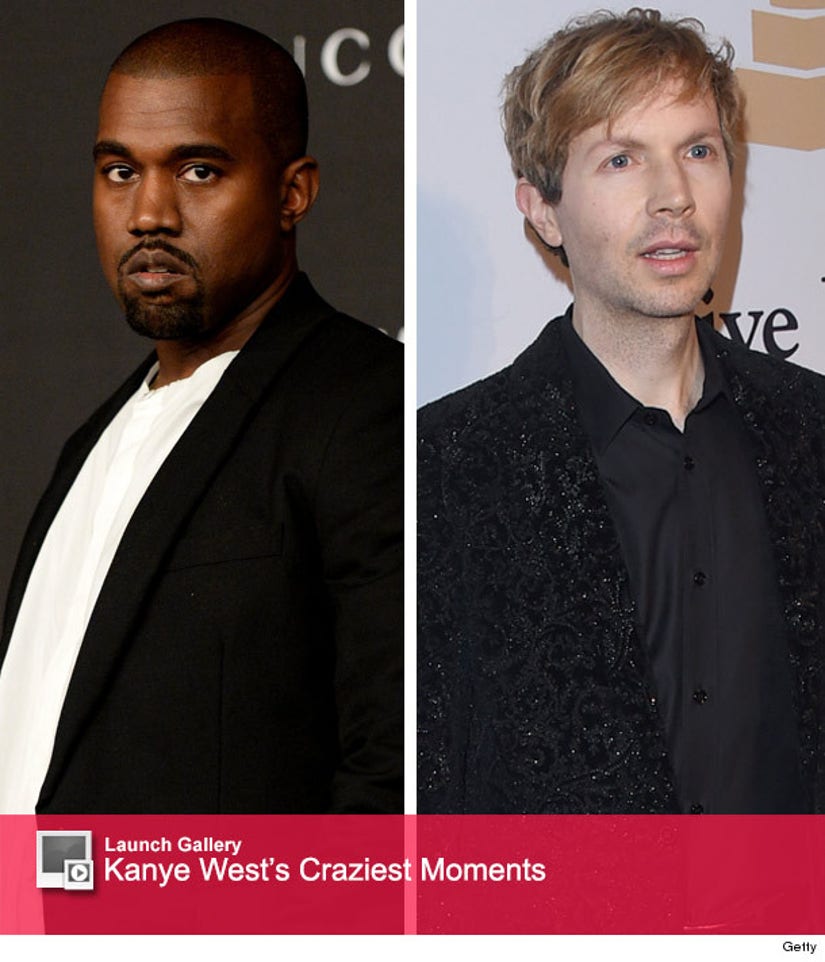 Kanye West is coming clean about his bizarre Grammys behavior!

The rapper chatted with Ryan Seacrest on Wednesday, where he explained why he decided to crash Beck's big "Album of the Year" win at the show.

"You know, I felt like just the whole Grammys, right when that happened, everybody was looking at me and then people started screaming, 'Kanye! Kanye! Go do it!' Ok, that didn't really happen, these were voices in my head. So the voices in my head told me go and then I just walked up like halfway up the stage," the "Only One" singer explained.

"You know, what I really wanted to do is just joke around about what had happened before" he told Seacrest. "So I didn't want anything to take away from his screen time. So I just walked back down because you know, it was kind of a joke like the Grammys themselves," West added.

It also sounds like the father-of-one regrets his rant about the "Blue Moon" singer, which happened after the show while chatting with reporters.

"Well first of all, Beck is one of the nicest guys and one of the most respected musicians in the game. So, there's nothing that I will want to do as a fellow musician to disrespect him in any way," he revealed.

"And when I said that thing about respect artistry, I think it came off the wrong way, and that was a mis-wording on my part because obviously Beck is one the most respected artists and respects artistry," the "Stronger" rapper admitted. "I felt that even though the Grammys some times gives awards to people who you wouldn't think should win in the category, as a respect to artists, we mention the other artist's name in our speech."

It's great to see that the pop star has a bit of remorse about the entire incident -- and something pretty great came out of the night too. Brace yourselves -- we may be seeing a Taylor Swift and Kanye collaboration! 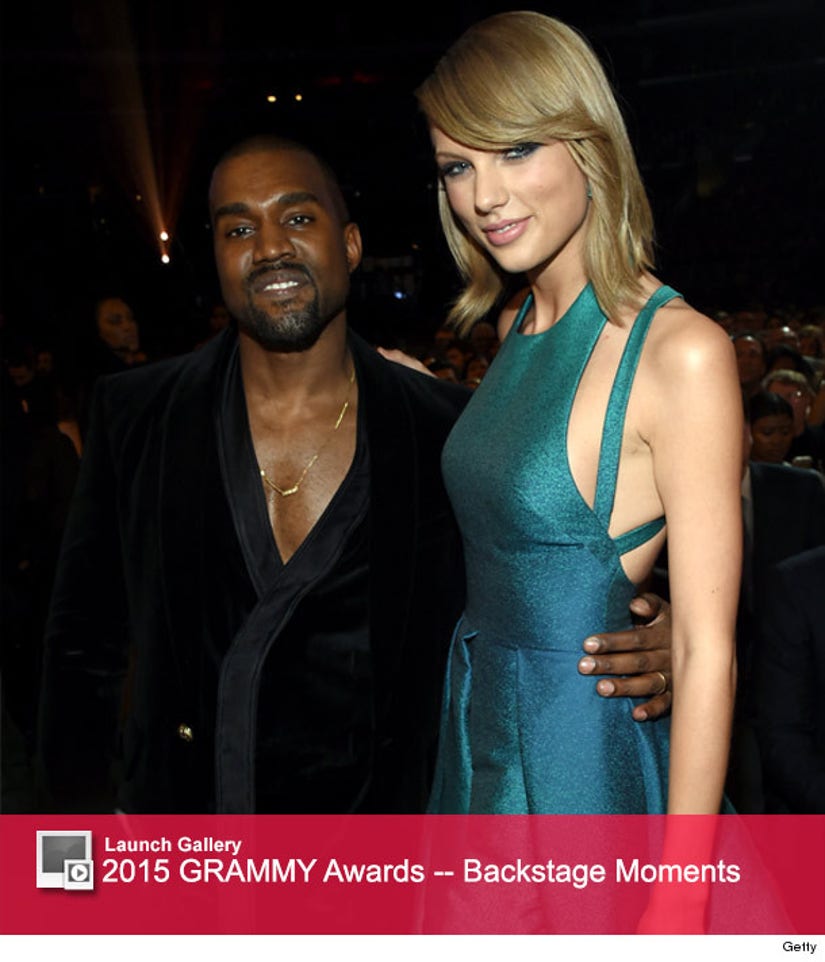 And we thought we'd never see the day!

What do you think about the "Bound 2" singer's candid comments? Sound off below and check out the galleries above to see West's craziest moments and more behind-the-scenes photos from the Grammys!