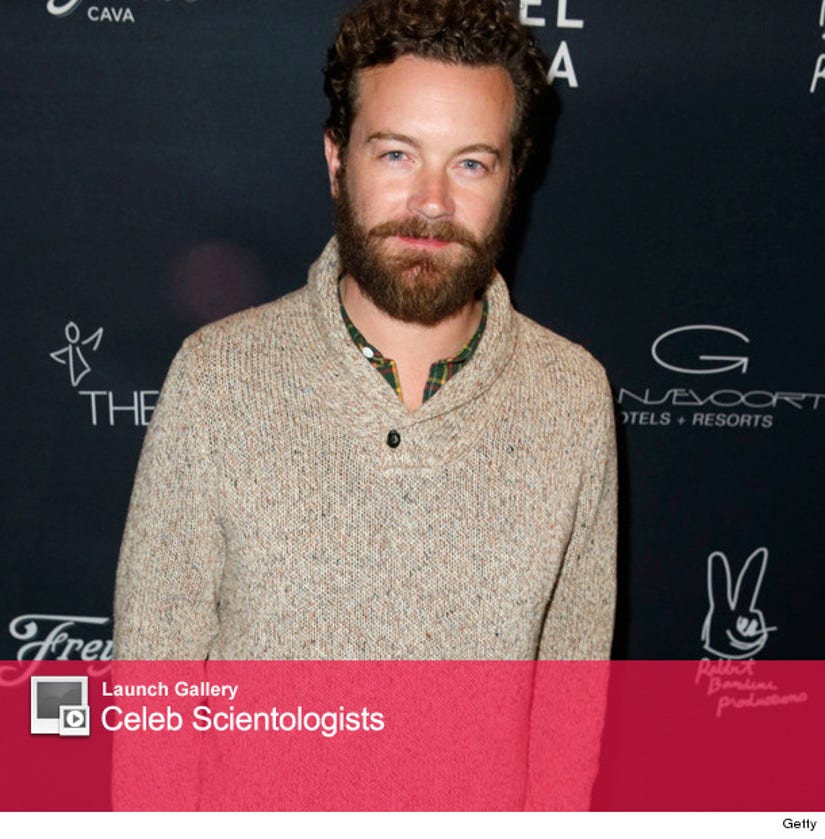 Danny Masterson has a message for all those Scientology haters.

In a new interview with Paper magazine, the "That '70s Show" star opens up about his controversial religion on the heels of the premiere of "Going Clear: Scientology and the Prison of Belief."

"There's basically like 200 lies in the book and so therefore he couldn't even publish that book [in Canada or the UK because the libel laws],” he adds, referring to Lawrence Wright's book, which inspired the movie.

Masterson also touches on fellow Hollywood star Paul Haggis' decision to leave the church on account of gay marriage. "Paul was just mad that, as a religion, we're not going to come out and say that we are for or against anything, which is a political matter. You'll [hear] over and over where people ask somebody in the church to give their opinions and it's like, 'We have no opinion in the world of politics. We are a religion.'"

After explaining the roots of the religion, Masterson then gets into the battle between Scientology and psychiatry.

"You will not find a Scientologist who does not f--king hate psychiatrists," he explains. "Because their solution for mental and spiritual problems is drugs. So let's talk about putting a Band-Aid on something that's just going to get worse and worse and worse…[where as] Scientology handles those things, those mental problems that people have. It gets rid of them. It gets rid of them by that person doing it for themselves. That's the solution to depression, not f--king Prozac."

By the end of the interview, the actor declares that those who think his religion is "weird" can "go f--k" themselves.

"I haven't had a conversation like this about my philosophy—I don't think ever. But I love doing it and have no problem doing it. I work, I have a family and I'm a spiritual being who likes to understand why things happen in the world and want to learn more so that I can have them not affect me adversely. So if that's weird, then, well, you can go f--k yourself."

A shortened version of the interview will appear in Paper magazine's upcoming "Do You Believe" issue, hitting newsstands on Monday.

What do you think about Danny's candid comments? Sound off below!