The new trailer for Nicholas Sparks' latest silver screen adaptation, "The Longest Ride," just dropped and we're getting to see Scott Eastwood in all his shirtless glory.

The story follows the lives of star-crossed lovers (aren't they always?) Luke Collins and Sophia Danko. Luke is a champion bull rider while Sophia is a college student. Things get tricky when Collins injures himself in a rodeo and their lives intertwine with a much older man, Ira Levinson (played by Alan Alda), whose personal love story influences the young couple.

Clint Eastwood's son steals the screen as the sexy lead character, Luke, while Britt Robertson also stars as Collins' love interest Sophia. Judging from this trailer, there's going to be a ton of steamy love scenes between a shirtless Eastwood and scantly-clad Robertson.

Are you excited to see "The Longest Ride"? Tell toofab in the comment section below and make sure to check out Sparks' latest love story in theaters April 10. 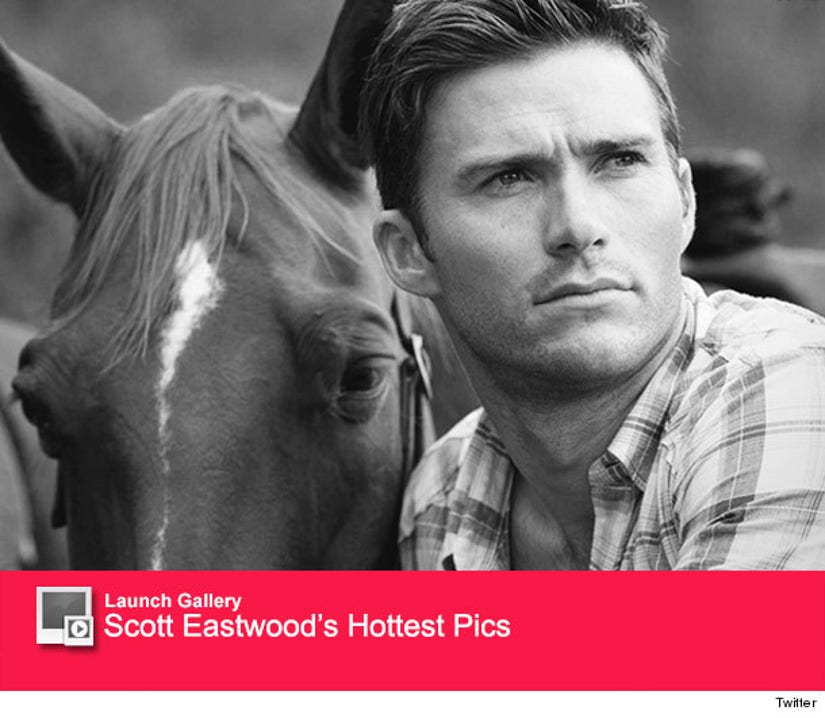