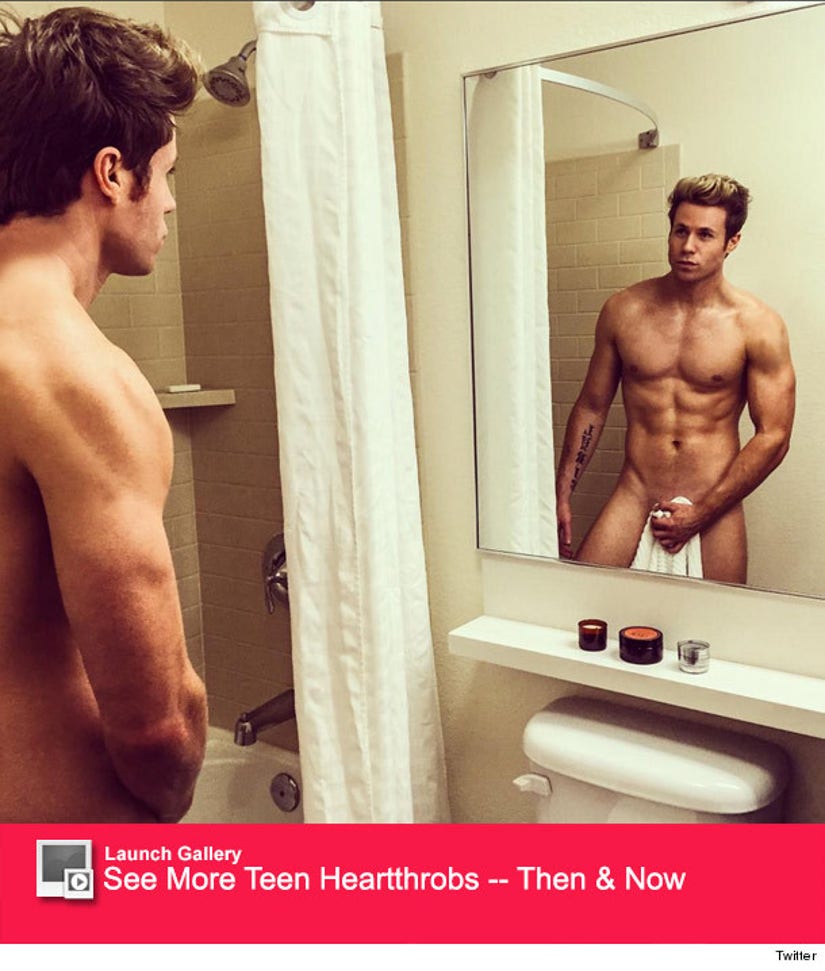 Ashley Parker Angel is no stranger to posting sexy selfies on Twitter, but his new pic is definitely the hottest (and most revealing!) one yet.

The O-Town stud posed completely naked in a bathroom mirror, covering up his goods with a perfectly placed white towel.

We have one big question ... who took this photo?!

The 33-year-old heartthrob has been on a serious health kick, previously saying he's "committed to getting in the best shape of my life" on his Instagram page. "Though I'm not exactly where I want to be yet - I'm as committed as ever to getting there," he said last year.

These days Ashley has branched away from music and is now focusing on film and television projects.

toofab's Brittany Kyles recently sat down with the singer's former bandmates, where we put them on the spot about Parker's racy modeling pics. See what they said in the video below!