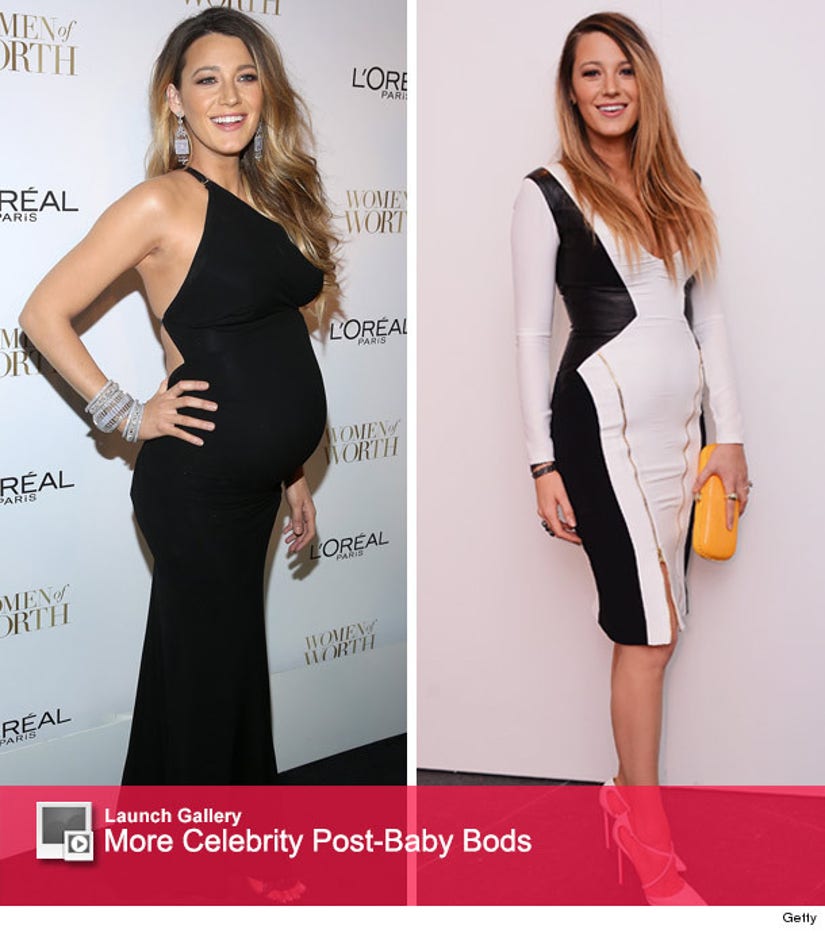 Did Blake Lively even have a baby?!

The "Age of Adaline" actress made her first appearance since welcoming her daughter during the Gabriela Cadena show at New York Fashion Week on Thursday.

The new mom was glowing as she posed for photographers before entering the show, sporting a black and white Gabriela Cadena bodycon dress and a yellow clutch.

Blake welcomed her first child with hubby Ryan Reynolds in early January. They have yet to officially reveal her name, although E! recently reported the little one is named James.

And while the "Gossip Girl" alum has been laying low with her baby girl, her husband has been busy gushing about his family.

"It's amazing," he told David Letterman. "I'm not one for vomiting declarations of sentiment out across the airwaves, but when we had that baby, I fell more in love with my wife than I'd ever been in my entire life. I couldn't even believe it."

Even more incredible, though, is how much he loves his daughter. "I used to say to [Blake], 'I would take a bullet for you. I could never love anything as much as I love you.' I would say that to my wife. And the second I looked in that baby's eyes, I knew in that exact moment that if we were ever under attack, I would use my wife as a human shield to protect that baby."

We can't wait to see a glimpse of their baby girl, can you?!