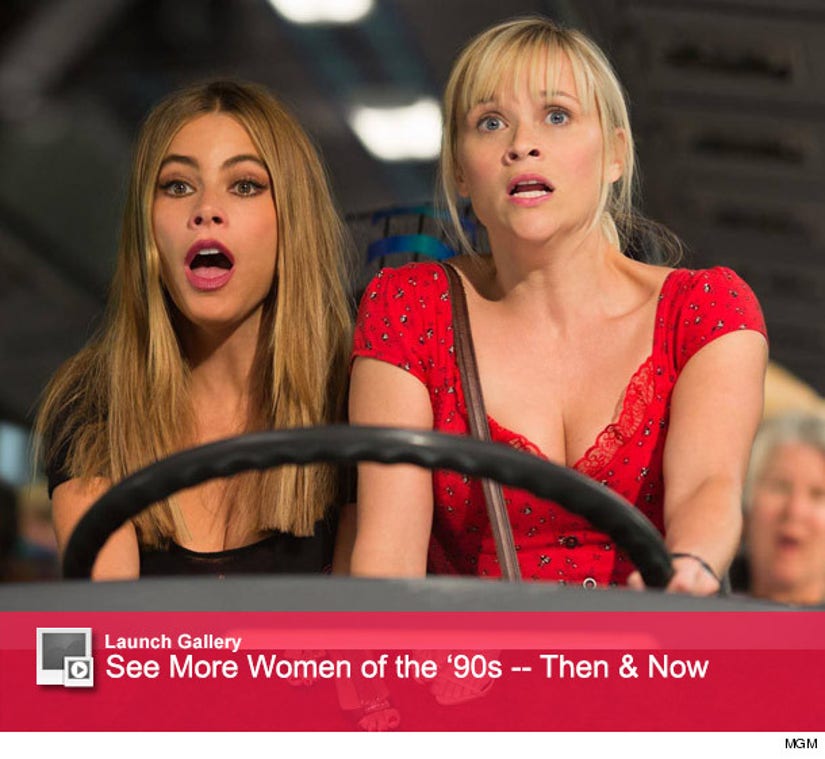 Sofia Vergara and Reese Witherspoon in one movie ... what's not to like?!

The hilarious pair team up in their upcoming comedy, "Hot Pursuit," which is sure to be one wild and crazy ride.

In the movie, Witherspoon's character -- a pint-sized police officer -- has to protect Vergara, who is the widow of a drug dealer, as they are pursued across Texas by villains trying to kill them.

With over-the-top car chases, some naked men, drugs and even "some lesbian stuff," this trailer is packed with the good stuff.

So, what was it like to shoot the funny flick?

"Literally every person stares at [Sofia]," Reese told People. "Men fall on the floor; women drop their purses. It's like a commercial! Her hair is in slow motion. Her character is so sexy and suave, and I'm so dorky."

"Hot Pursuit" bursts into theaters on May 8 -- are you excited to see it? Sound off below!