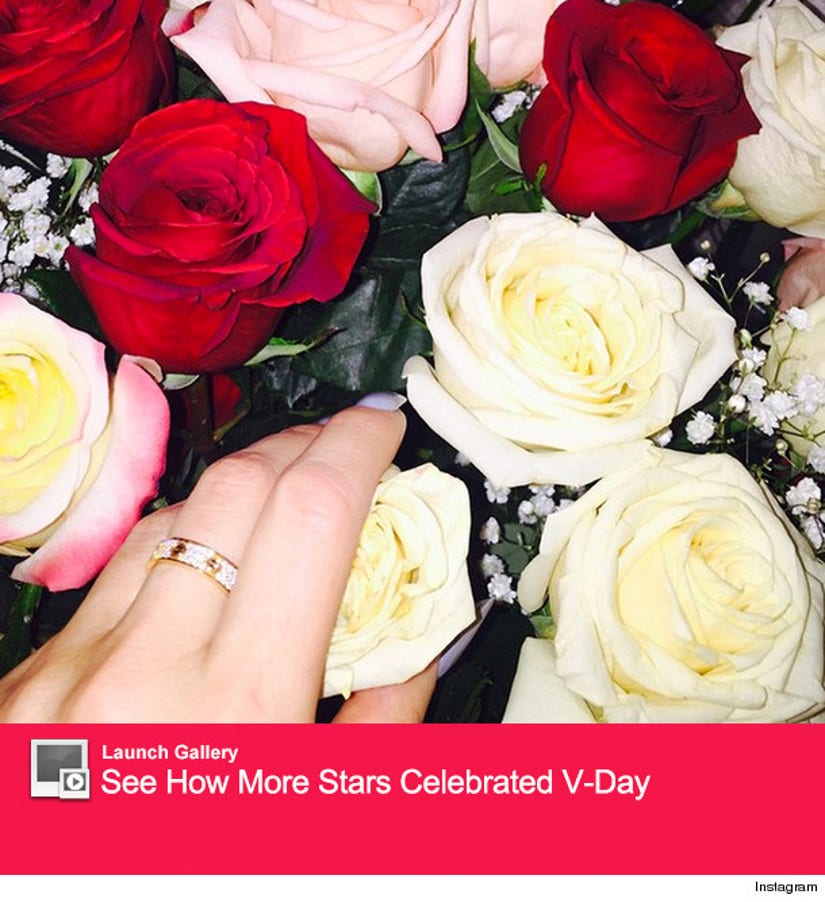 Jewelry, flowers and even some super sexy foreplay all popped up on Instagram on Saturday night, as stars started sharing pics from their Valentine's Day celebrations.

Khloe Kardashian took to social media to show off her pricey presents from her Valentine ... who we can only assume is potentially on-again boyfriend French Montana. After the two were seen hanging out together last week, Khloe posted the pic above to show her gift to all her fans. In the shot, we see a bouquet of roses and a diamond Cartier Love ring on her middle finger. #LuckyLady she captioned the pic.

But she wasn't the only one who was feeling the love last night.

Britney Spears showed off the impressive cake boyfriend Charlie Ebersol got them for the special day ... Tom Brady and Gisele Bundchen both posted some PDA pics of the two of them ... and Kim Kardashian and Kanye West locked lips for an intimate selfie.

Jessica Simpson and Eric Johnson went above and beyond, posting shots from a sexually charged, "Fifty Shades of Grey"-inspired photo shoot. In one pic, Eric is seen spanking his wife's booty ... while she shows some serious cleavage in another. 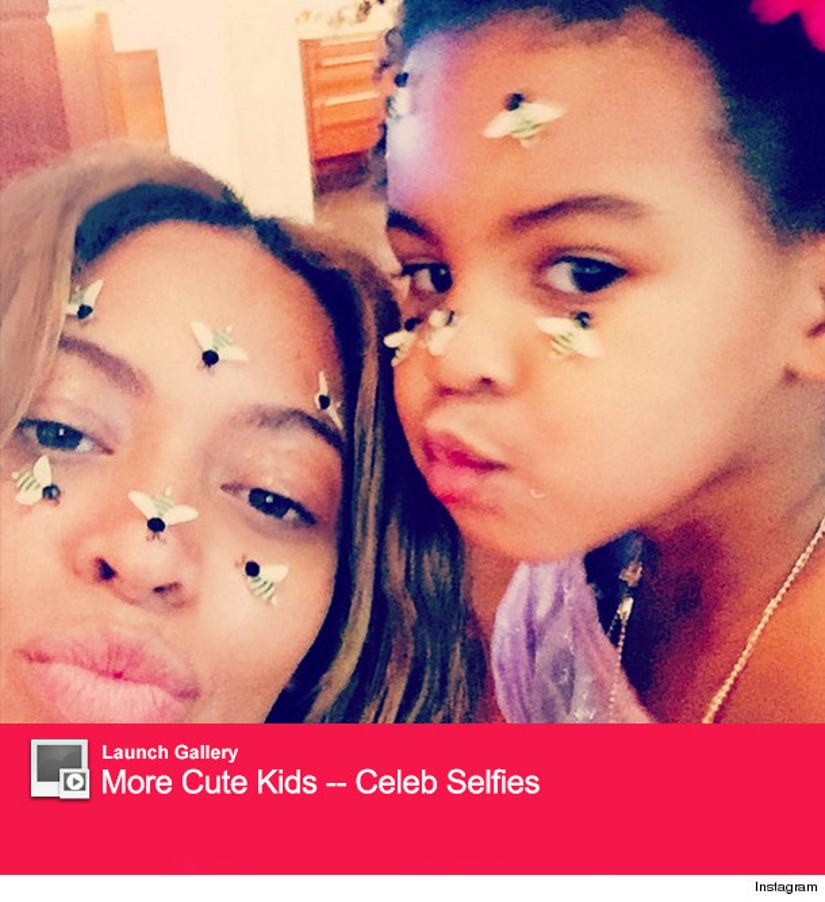 It wasn't all about couples last night though.

Beyonce posted an adorable shot with her daughter Blue Ivy, the two of them covered in bee stickers as they make kissy faces to the camera.

Jessica Alba shared a photo of a valentine one of her daughters made for her ... while Kelly Clarkson posted a precious pic of her husband Brandon Blackstock with their baby girl River Rose.

How did you celebrate Valentine's Day? See more celeb shots the gallery above and sound off below!