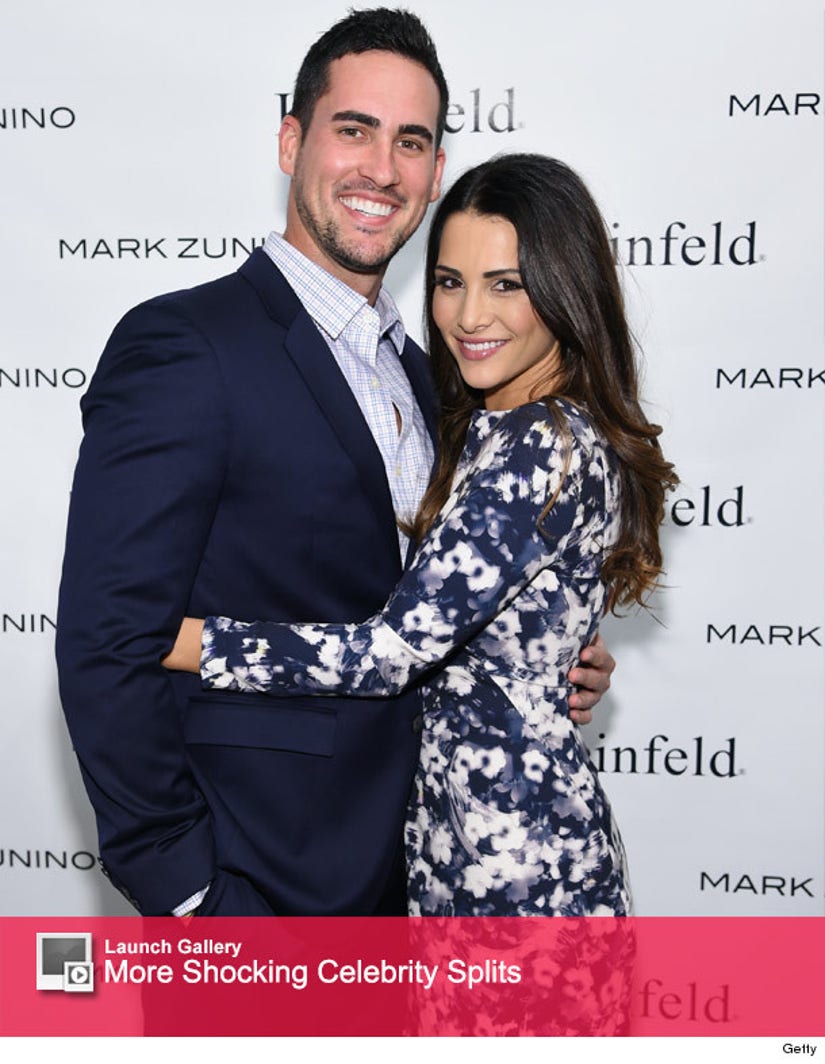 Andi Dorfman is finally revealing what went wrong in her relationship.

The former Bachelorette sat down with Chris Harrison Sunday night during "The Bachelor Tells All" special and tearfully explained the events that led up to the end of her engagement with Josh Murray.

The couple shockingly called it quits five months after the former assistant district attorney accepted the 30-year-old's proposal during the July 2014 finale of "The Bachelorette."

The two seemed happy during their last appearance as a couple at the premiere of "The Bachelor's" 19th season. Three days later they announced their break-up in a joint statement.

"We went to the live premiere and I think hearing people ask about wedding dates and seeing the other happy couples and people planning weddings, we had to ask ourselves why we're not planning a date and people who were engaged after us have a date. That was very eye opening," she said of the final straw in the relationship.

Andi admitted that things "hadn't been working" for a while prior to the premiere and that the pair mutually decided to call things off.

"We were both very aware of the fact that we just didn't better each other," she revealed. "I didn't feel supported and empowered, and I don't think I gave him the support and empowerment that he needed."

Despite Andi being crushed and calling the break-up "the biggest failure of her life so far" she hopes that the former pro-baseball player will still be in her life.

"I'll always love him, I've never loved anybody like that in my life," she cried. "That was my first true love, without a doubt."

Check out the clip above for more from her interview!

How heart-breaking was Andi's sit-down?! Tell toofab in the comments section below then click "Launch Gallery" for more shocking splits!