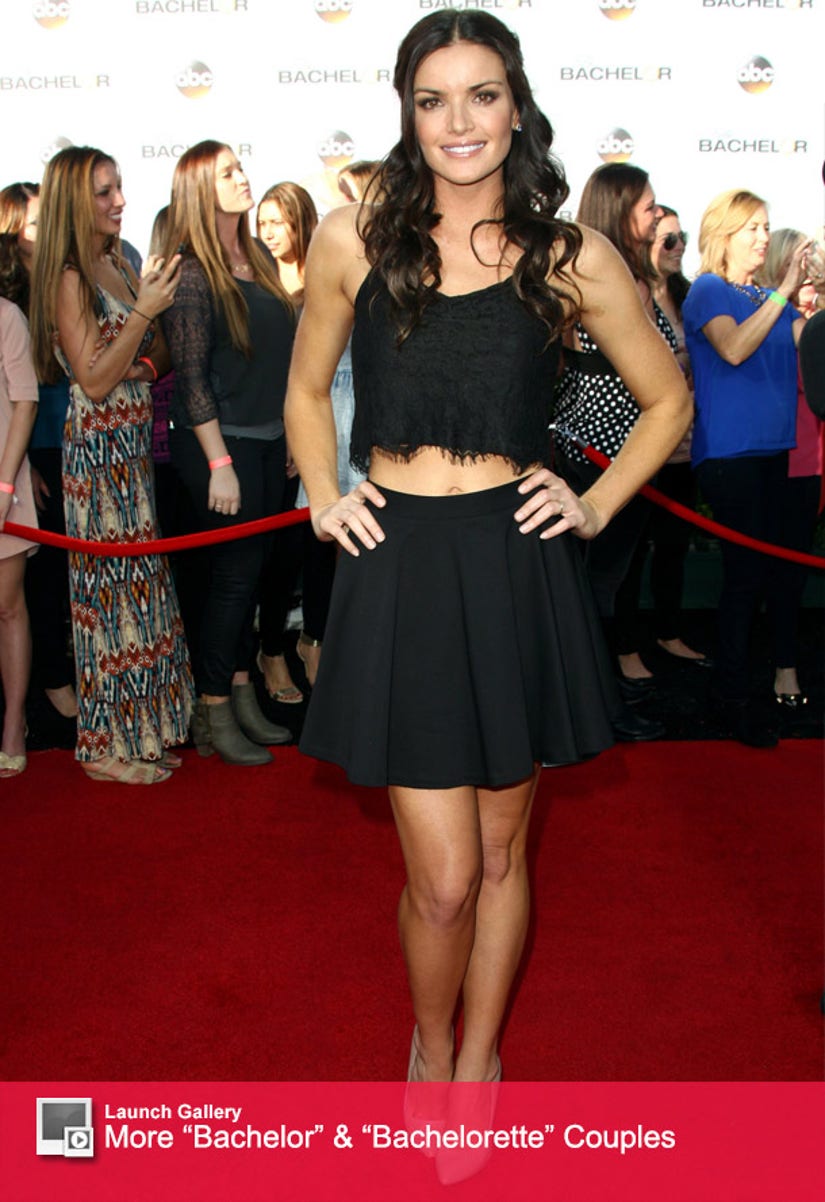 Courtney Robertson is back ... and she's spilling the tea on this season of "The Bachelor."

The former reality star -- Ben Flajnik's heart in Season 16 -- stopped by to chat with us about the latest season of the dating show, her thoughts on hot farmer Chris Soules and what she thinks of all the ladies!

"I think he's great," Robertson says of Prince Farming. "I think he has so much personality, way more than I expected, and he's really cute! I think he's handling himself really well!"

But what about all those makeout sessions? Soules has really been locking lips with a lot of women so far this year -- but Courtney's got his back.

"I think, it's a good way to check if there's chemistry, but there is a lot of kissing," she admitted. "I kind of feel bad for whoever he picked who's watching at home because that's gotta be tough!

Watch the video above to see what Courtney said about the backlash she received during her time on the show and who she thinks will be the next Bachelorette!

The "I Didn't Come Here To Make Friends" author obviously knows a thing or two about falling in love on national television. The gorgeous model was the last girl standing on her season of the ABC series, after Flajnik proposed in Switzerland.

Although the winemaker fell for her, America didn't exactly feel the same way. Audiences quickly labeled Courtney the "bad-girl". So what's her take on this season's "villain", Kelsey Poe?

"They all kind of ganged up on her for sure, I definitely think she was a villain. I did feel kind of bad for her."

"She just rubbed people the wrong way," she continued. "Including myself, and I've been there!"

Well, Kelsey gave her side during a sit down with Chris Harrison for "The Bachelor Tells All," and explained her behavior on the show.

Courtney also played a fun game of Word Association: "Bachelor" edition! Find out what she said about her ex in the video below!

Check back on Wednesday to get the scoop on Courtney's tell-all book "I Didn't Come Here To Make Friends."