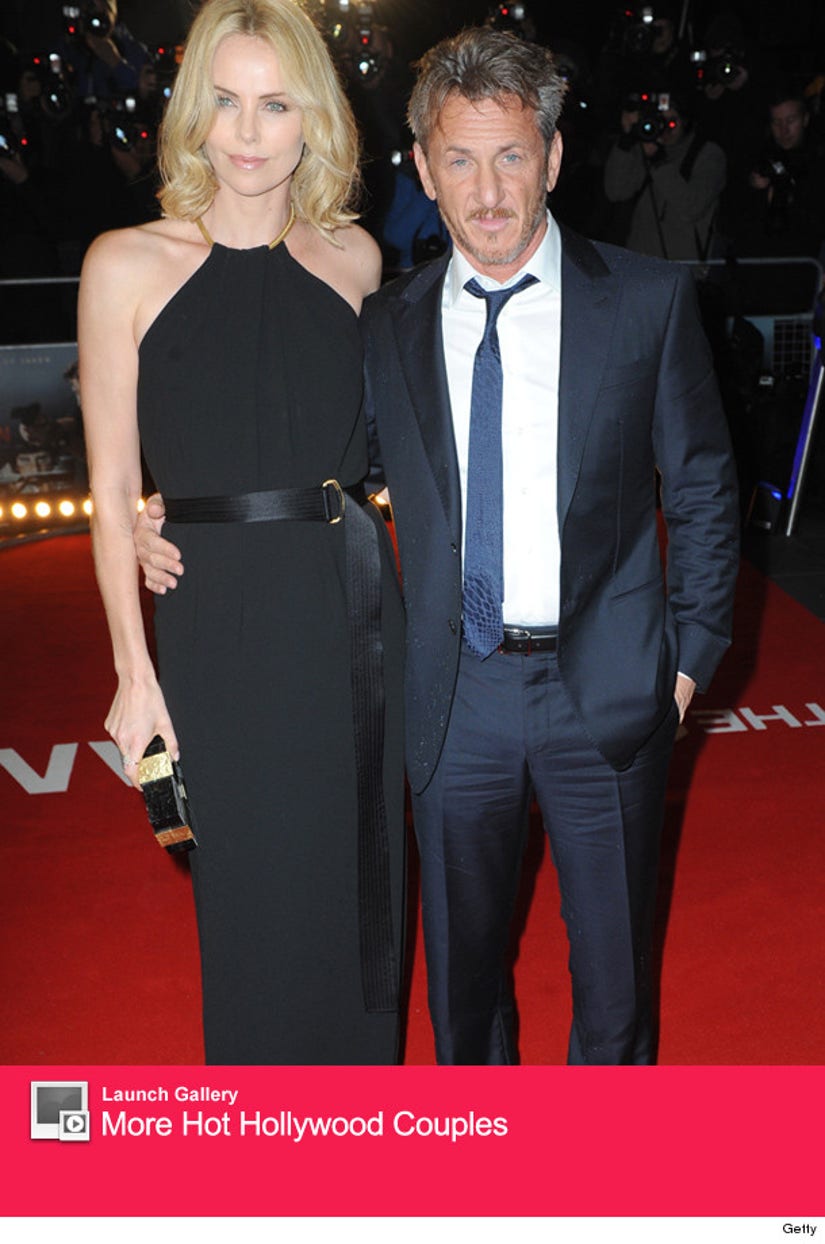 Charlize Theron attended the premiere of "The Gunman" in London on Monday, walking the red carpet with Sean Penn.

The 39-year-old actress, who looked stunning in a floor length black halter dress, held hands with her 54-year-old beau as they posed for pictures.

The blonde beauty paired her glamorous gown with black stiletto sandals, neutral makeup and a tousled shoulder-length 'do as her boyfriend looked dapper in a dark suit.

The actor recently opened up about his relationship with Charlize, admitting that he'll consider her his first real bride if they get hitched.

His romance with Theron is the real deal.

"Yeah, I'm surprised to be in love," Sean declared. "I'm self-proclaimed bad at mathematics but I can do two plus two: 53 years old plus finally beginning to figure out why you haven't been happy in a single relationship? It could seem too late. But to run into somebody now who you care about is a much more passionate, deeper, truer and — God! — a much happier feeling. It's a lot more romantic and a lot more fulfilling to be in a relationship and to think you're a good person within it."