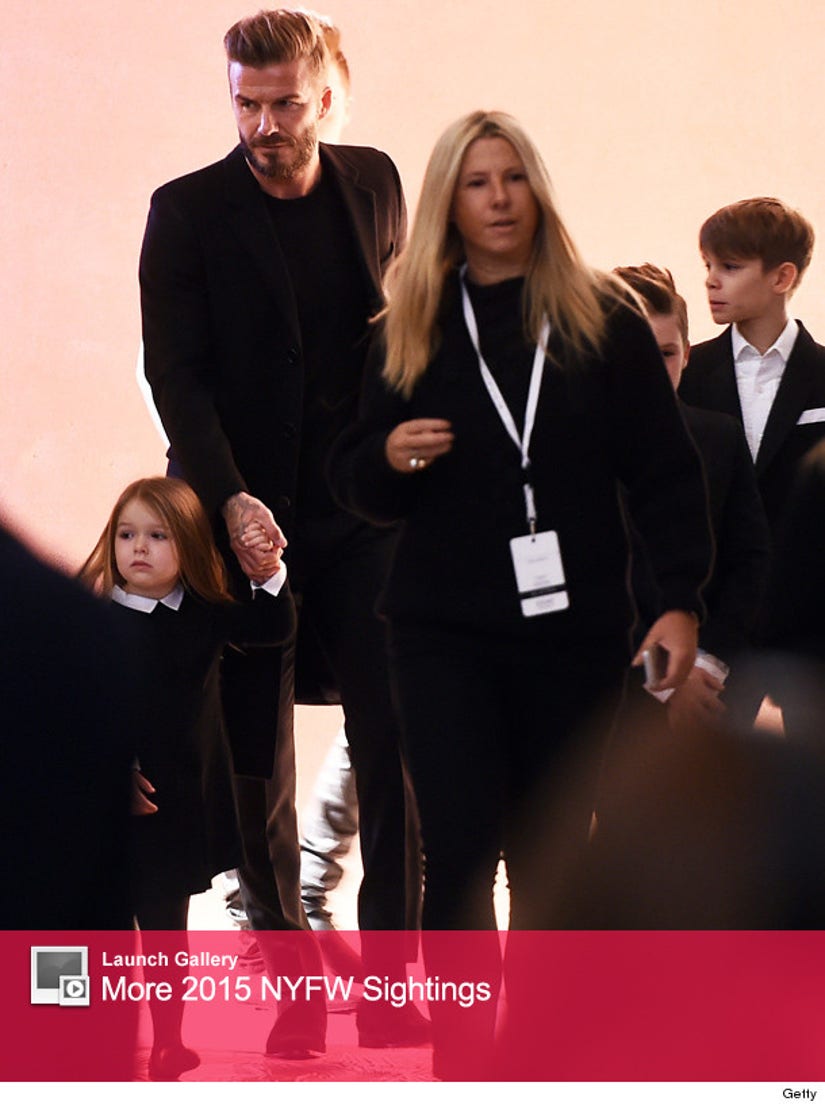 The singer-turned-designer showed off her Fall 2015 collection in NYC, with hot husband David Beckham and their children Harper, Brooklyn, Romeo and Cruz sitting in the front row to cheer her on.

The former soccer stud had his 3-year-old daughter sitting to his right and Vogue Editor in Chief Anna Wintour to his left, but little Harper was the center of attention.

Victoria's mini-me stole the show in black dress with a white collar, which she paired with black tights, flats and flowing long locks. 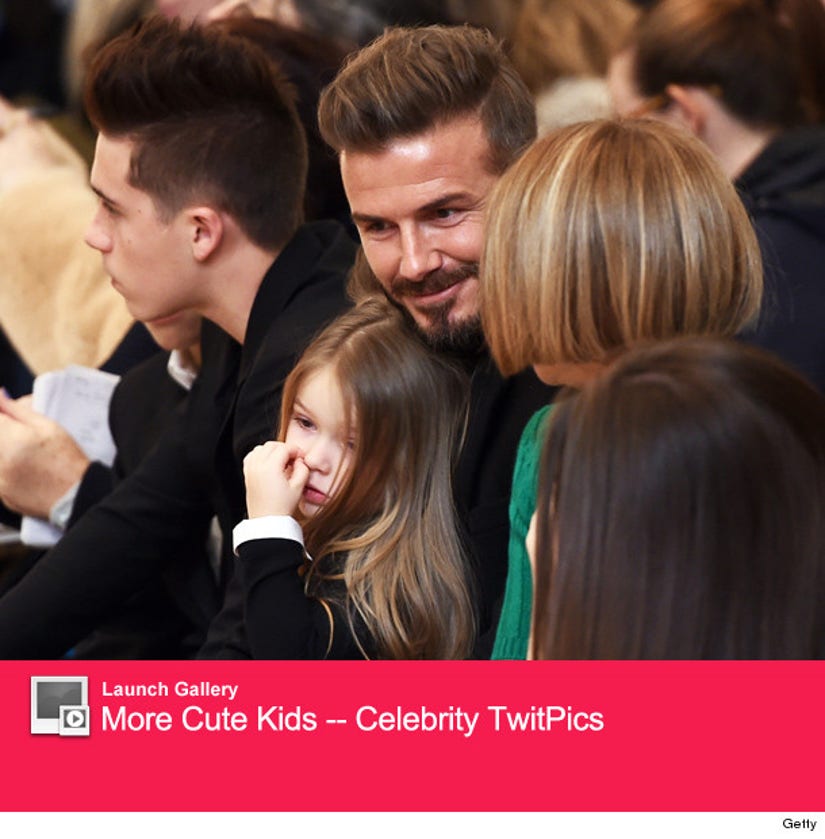 While Fashion Week has been a family affair for the past few years, these glamorous events apparently aren't part of David's everyday routine.

The father-of-four recently joked that he's become his kids' chauffeur since retiring from the soccer field.

Talk about a doting dad!

We can't get enough of the Beckham brood -- check out more pics from NYFW in the gallery above.