Dax Shepard might have been traumatized during Kristen Bell's C-section, but the blonde beauty sounds like she had a really good time!

The "House of Lies" star stopped by Monday's "The Ellen DeGeneres Show," where she shared her side of her baby girl' birth.

Bell and Dax welcomed their second child together, Delta, in December ... but things didn't go quite as planned when Kristen had to undergo a last minute C-section.

"To be honest my perspective was, as someone who has never experimented with drugs, I really enjoyed it," she tells Ellen about her C-section in the clip. "It was kind of a wonderful experience for me. While they were doing it I actually thought what else could we get done down their while? Maybe lengthen the shins? I've always wanted to be like 5'7. Just anything to keep the epidural flowing. These modern hospitals man.. they treat you right."

It definitely sounds like the "Veronica Mars" star had a much better experience than her hubby, who told Ellen earlier this year that watching the surgery was like seeing an "autopsy."

"You might not want to watch the baby come out," Dax told Ellen in January. "Maybe not the greatest idea. But what they didn't warn me about was the C-section, which was way worse. After seeing this autopsy, I would rather see a school bus drive out of her vagina."

We think it's hilarious how these two had totally different experiences during the birth -- whose story do you like better? Sound off below and make sure to check out the clip above to see what Bell said about coming off all the drugs! 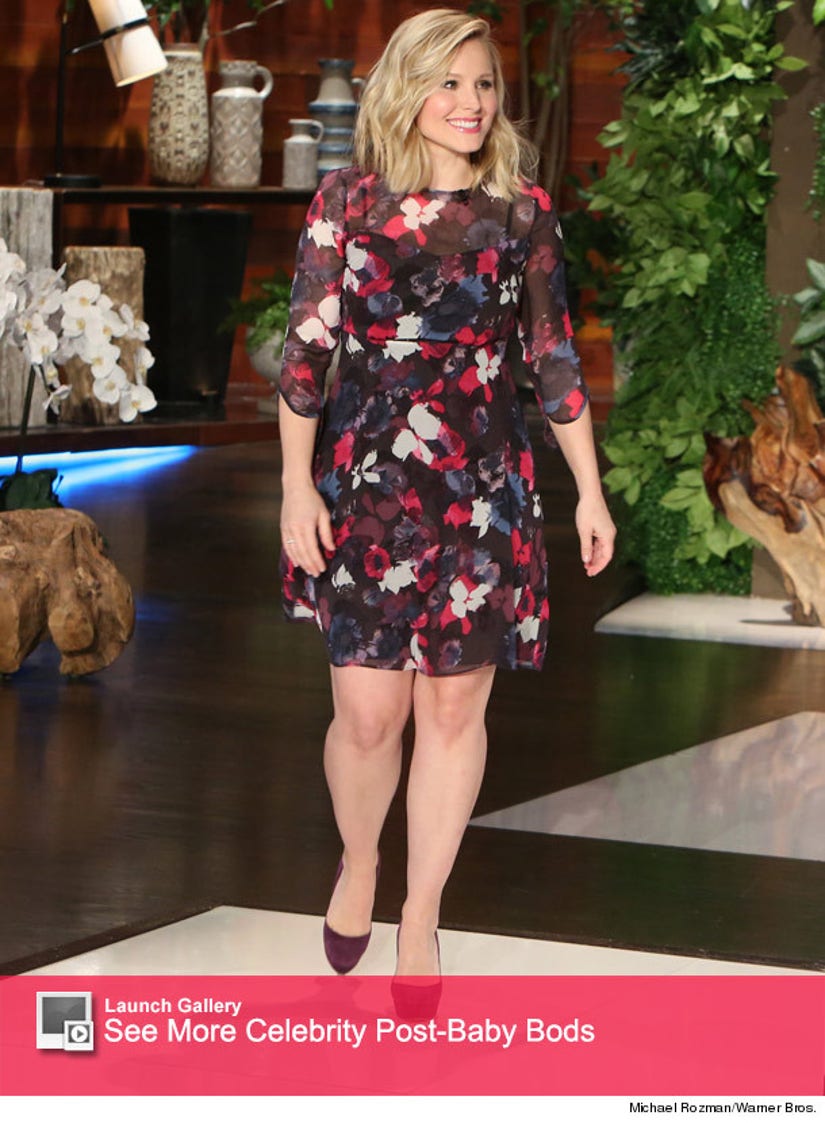