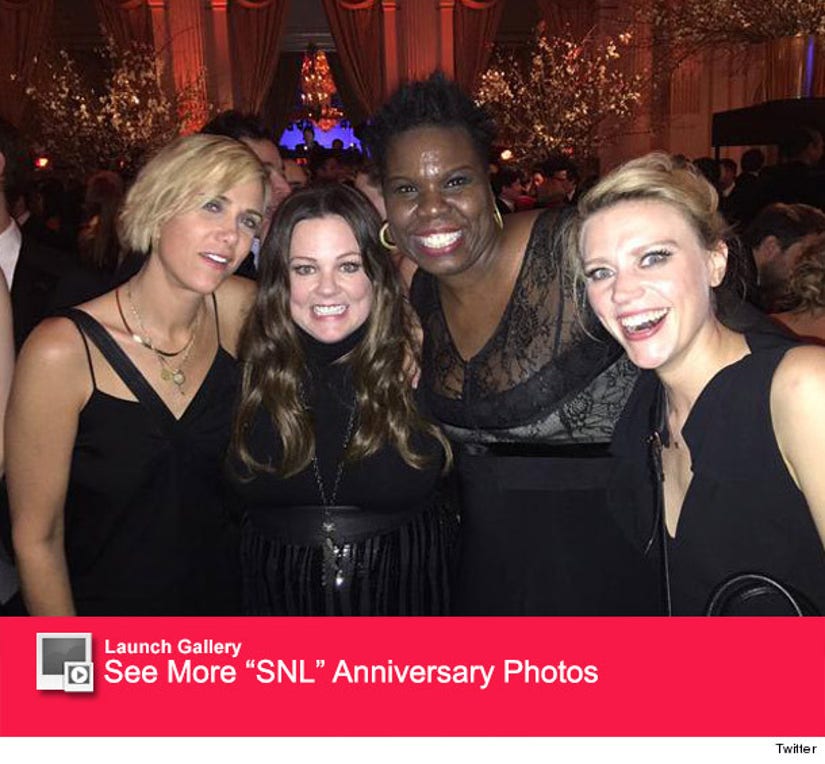 The stars of Paul Feig's upcoming all-female reboot posed for their very first photo together on Sunday night at the "Saturday Night Live" 40th Anniversary party in NYC.

The four women weren't the only busters on the block though, as both Bill Murray and Dan Aykryod were also in attendance for the epic reunion show. Jones also posted a photo of her with Dr. Stanz himself. 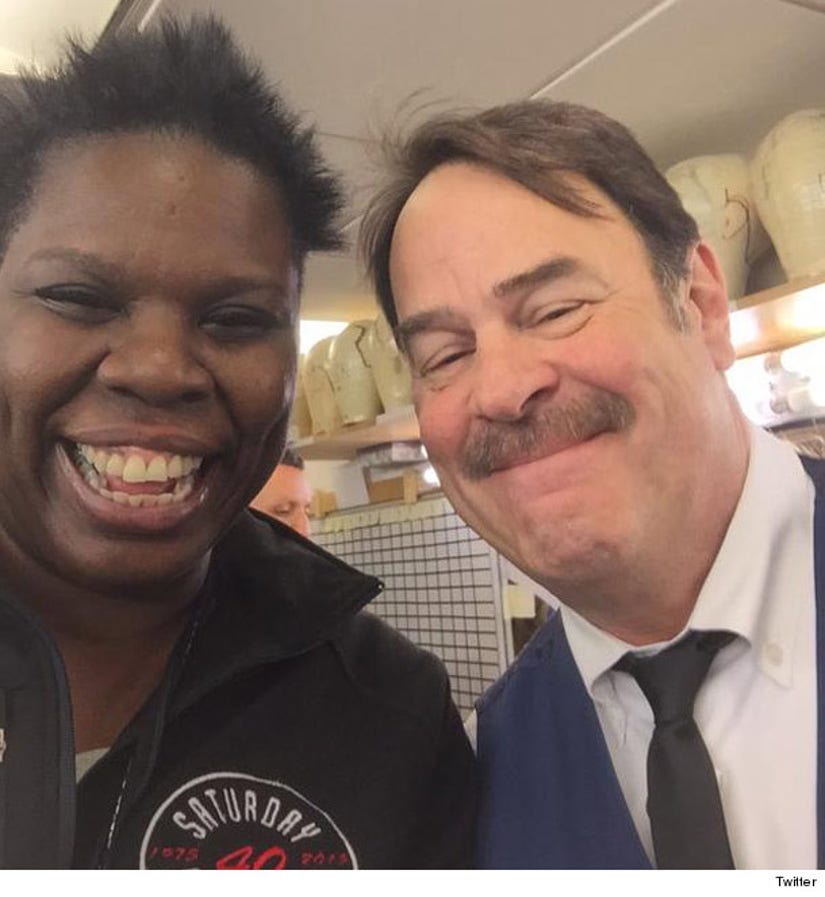 The veteran comedian recently opened up about the four ladies taking over the franchise.

"The Aykroyd family is delighted by this inheritance of the 'Ghostbusters' torch by these most magnificent women in comedy," Aykroyd said in a statement to The Hollywood Reporter. "My great grandfather, Dr. Sam Aykroyd, the original Ghostbuster, was a man who empowered women in his day, and this is a beautiful development in the legacy of our family business."