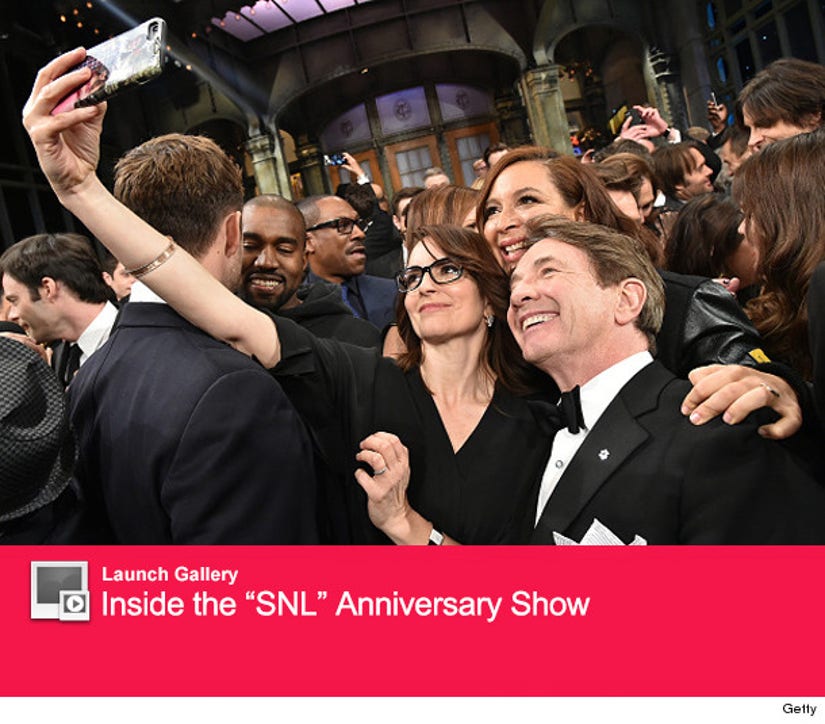 Everyone from Steve Martin to Miley Cyrus popped up at 30 Rock on Sunday night to celebrate the 40th anniversary of "Saturday Night Live" ... and it was an epic 3.5 hours of television.

All of the show's best comics returned to reprise their most famous roles, with celebrity cameos including Taylor Swift, Betty White, Melissa McCarthy, Emma Stone and many more.

It was tough, but here are out 10 favorite moments from the night, in no particular order.

Dream team Justin Timberlake and Jimmy Fallon kicked off the show with a rap referencing sketches like Schweddy Balls, D**k in a Box, Coneheads and more.

Debbie Downer (Rachel Dratch) and Mary Catherine Gallagher (Molly Shannon) both stopped by as well. It was a great way to start the night.

In typical Connery fashion, the category "Who Reads" became "Whore Ads," "Let It Snow" became "Le Tits Now" and questions like "This G shaped letter appears between F and H" were left unanswered.

Still not convinced this was a great one? Check out the Bill Cosby joke at the very end. Ouch!

Betty White and Bradley Cooper made out while Taylor Swift watched, what else do you need to know?

The sketch also included "SNL" alum Laraine Newman, Kerry Washington and a whole lot of people staring at their reflections in a mirror.

It definitely went on way too long ... but Betty and Bradley's liplock more than makes up for it.

Tina Fey, Amy Poehler and the one and only Jane Curtin hosted "Weekend Update" for the big anniversary and it was great to have all of them back.

The bit made us miss Farley, but McCarthy crushed it ... and the Weekend Update desk.

Maya Rudolph made her triumphant return as Beyonce Knowles to introduce a tribute to all the musical numbers in the show's history. With her wind machine and Martin Short by her side, Maya killed it.

Dan Akyrod reprised his Blues Brothers role, with James Belushi by his side.

But it was Bill Murray as Nick Ocean, singing the love theme to "Jaws," that had us all cracking up the most at home. From his smoking jacket to the song's ridiculous lyrics, this was priceless.

The musical guests lined up for the anniversary special were an interesting mix, to say the least. Paul McCartney, Kanye West and Paul Simon all hit the stage ... but it was Miley Cyrus who gave the most surprising performance.

The pop star sang Simon's "50 Ways to Leave Your Lover," backed by Fred Armisen on percussion. Her raspy voice hit all the right notes! 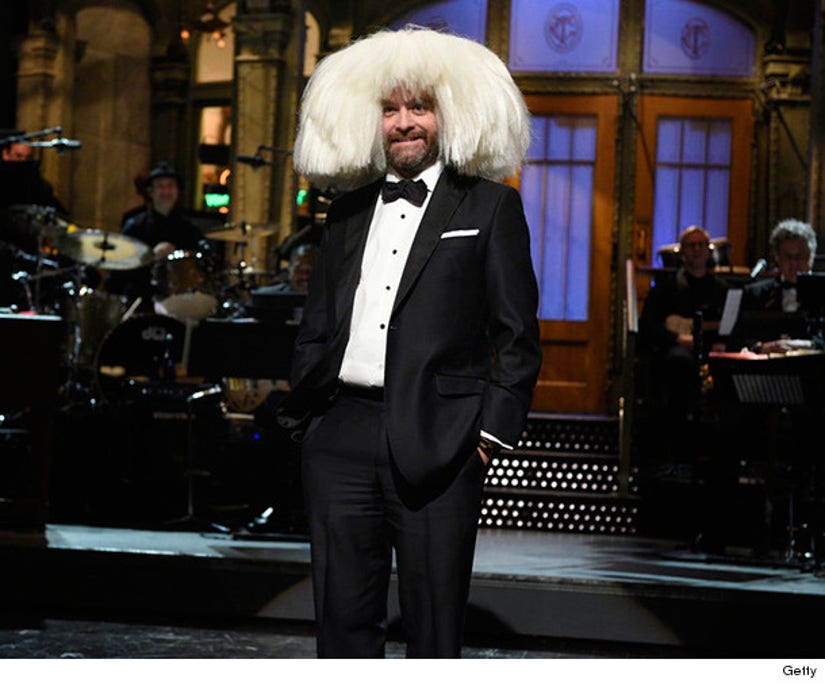 Adam Sandler and Andy Samberg teamed up for an amazing digital short about the many performers who broke during a live show over the past 40 years.

The song honored all the comedians who cracked during the sketches, whether it was accidentally ... or, in some cases, on purpose to save something that just wasn't working.

So, who had the hardest time keeping a straight face in the show's history? Jimmy Fallon and Horatio Sanz, who got called out hard during the song.

The duo read off "SNL's Top Ten," calling out Kanye West (who was wearing wolf contacts), joking about the show's reliance on catchphrases and roasting Lorne Michaels.

In one of the night's best moments, we got to see what our favorite stars all looked like when they first auditioned for the show. Ana Gasteyer tried out with her Martha Stewart impression, Kristen Wiig did the Target Lady and Dana Carvey made a winning first impression with Church Lady.

We also got to see auditions from famous faces who didn't end up making it, including Zach Galifianakis, Stephen Colbert and Jim Carrey.