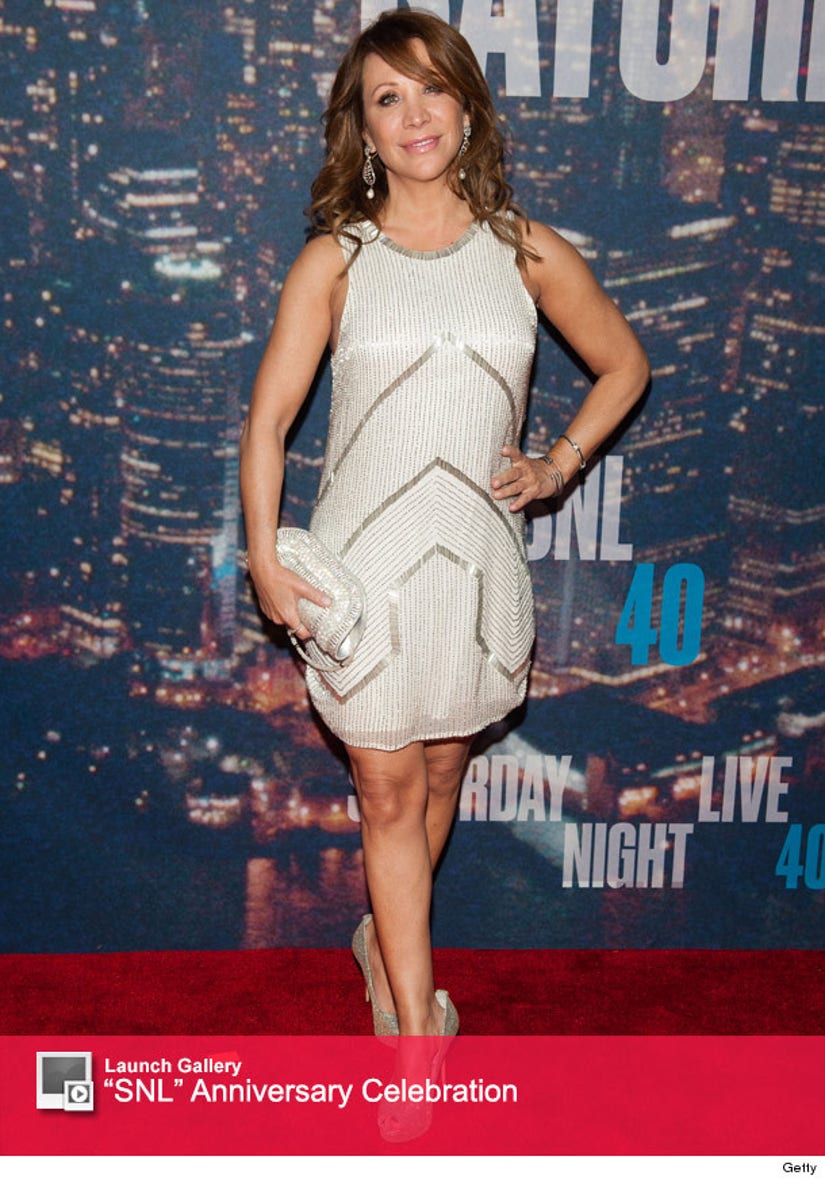 With "Saturday Night Live" veterans including Will Ferrell, Eddie Murphy, Bill Murray, Chevy Chase and many more returning to the stage during the show's 40th Anniversary special, many fans were wondering why Cheri Oteri didn't reprise her infamous roles.

The comedienne, who was a cast member from 1995 to 2000, didn't have the opportunity to bring back her iconic original characters, including Spartan cheerleader Ariana, the grouchy Rita DelVecchio or prescription pill-popper Collette Reardon.

So, why wasn't she asked to be part of the special show?

"To be fair, I have to say that I wasn't originally able to go," she explained on "Watch What Happens Live" on Monday. "Just a couple of days ago, I was able to pull it together."

Don't worry, the 52-year-old star ended up getting back into character for her Bravo fans, reciting her famous lines from her days as Nadeen and Collette. See her in action in the video below!

While the "SNL" favorite wasn't part of the milestone special, she attended the star-studded event and celebrated with her former costars.

"I really enjoyed the show, but the after-party when Prince sang with the B-52s with [Kate Pierson], I was like, 'Woo!'" she told host Andy Cohen.

Oteri even revealed which celeb was over-served at the soiree!

"Hilton!" Cohen shouted. "Paris Hilton!" "Maybe she was just enjoying herself," she replied.

Watch the clip above to hear more about the "SNL" bash, and check out all the pics from the big night in the gallery at the top!