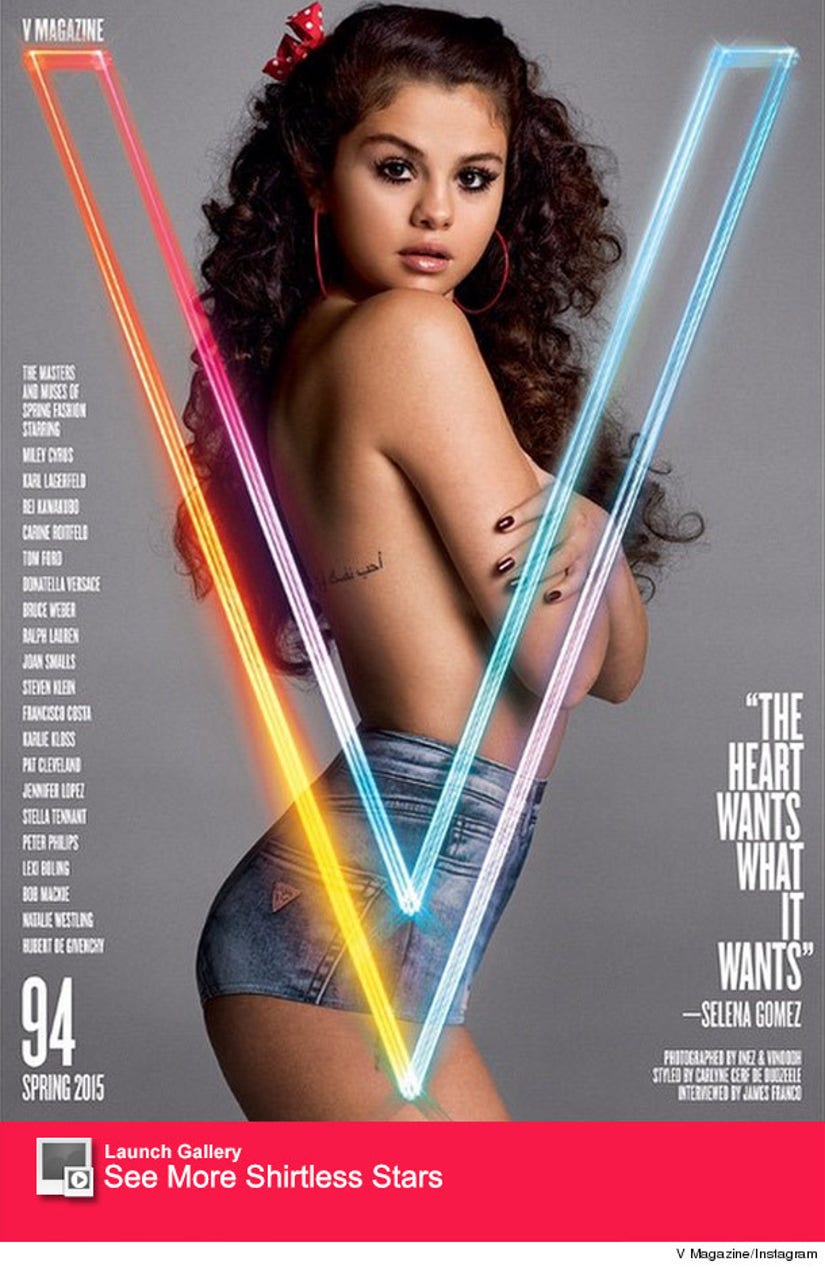 The "Heart Wants What It Wants" singer is stripping down in V Magazine's 94th issue, posing in nothing but a pair of high-waisted jean shorts and red hoop earrings.

The 22-year-old beauty took to Instagram to share some sexy snapshots from her cover shoot, writing, "It's here! Stay tuned to @vmagazine for moreeee next month! and thank you @carlynecerfdedudzeele @inezvinoodh and @jamesfrancotv."

In another image from the spread, Selena shows off her killer beach bod in a gingham bikini top, a bandana and a cow-print cowboy hat. 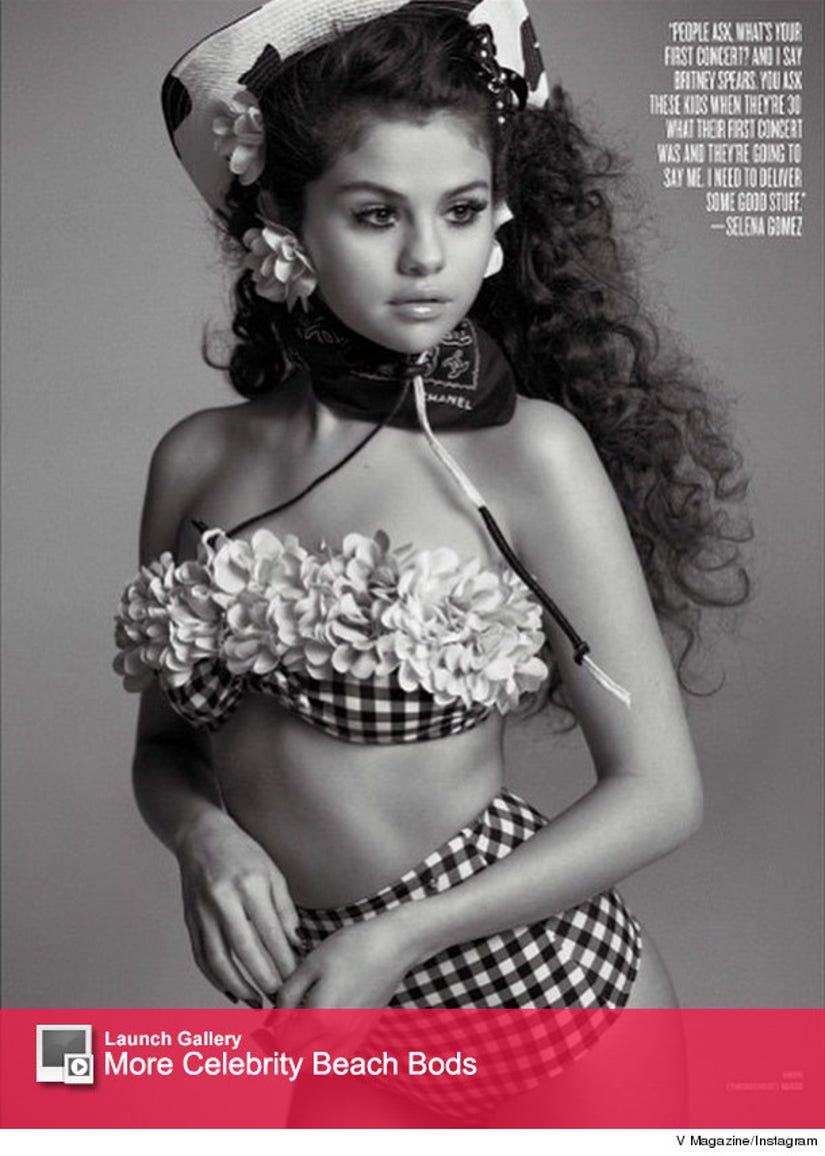 The actress' "Spring Breakers" costar, James Franco, interviewed her in the accompanying article, where she opens up about her rocky relationship with Justin Bieber and the downsides of being in limelight.

"I think the next time will be much different...which will definitely not be any time soon," she tells the mag. "That's a growing up kind of thing. I was 18 years old, and it was my first love. The older I get, I'm guarding certain things more. After being put through the scrutiny, I understand what it is."

"When you're young and you're being told so many different things…it almost felt like all we had was each other, like the world was against us, in a way," she adds. "It was really weird but it was incredible. I would never take it back in a million years. You live and you learn, you know?"

While Gomez says she doesn't regret anything about her romance with the "Beauty and the Beat" singer, she admits all the media scrutiny caused her anxiety.

"There were a few months where I was a little depressed, where I wouldn't leave [the house] as much," she reveals. "I think I drove myself crazy for a little bit. It was just easier to say, 'Hey, do you mind running to the grocery store and picking some stuff up, I don't want to get photographed.'"

But, the brunette bombshell says that she's working on feeling more secure with being in the spotlight. "I'm finally getting a little bit more comfortable. It's a process.”