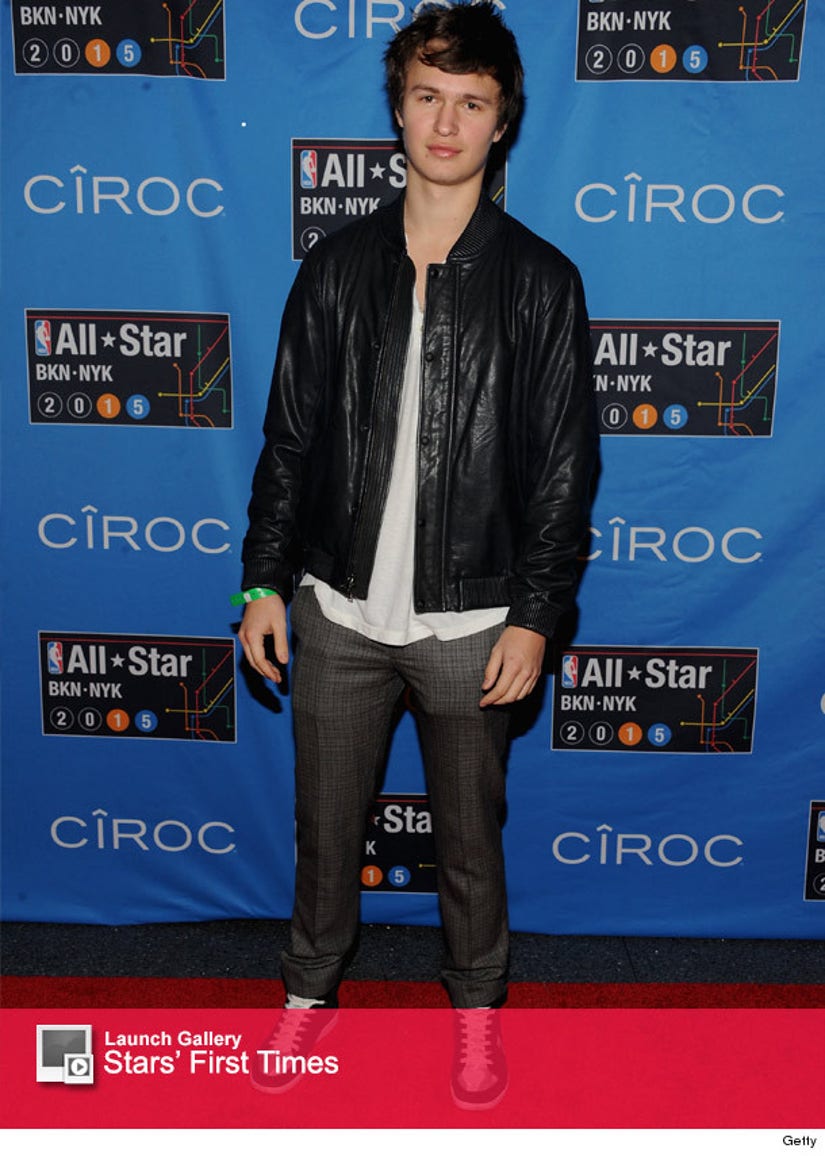 Ansel Elgort gets extremely candid in the new issue of Elle magazine, where he reveals when he lost his virginity and what he looks for in a girlfriend.

While the "Fault in Our Stars" actor doesn't sound like he regrets when and with who he did the deed, there are a few things he would change about how it happened.

"I was 14. I had no clue what I was doing, and neither did the girl," he tell the mag. "I didn't even make the lighting good. That'd be one thing I'd do differently. It was, like, fluorescent, bright bedroom light, like, over the covers."

The sexy "Divergent" star also had no problem opening up about his longtime girlfriend, Violetta Komyshan.

"It's no one famous. To be honest, I don't mind talking about my experiences in life, but details aren't for everyone. But if you can find a girl who you can go to an EDM concert with, have a conversation with, who will sit on the couch and watch you play GTA for three hours -- and then you go to bed and have amazing sex? That should be your girlfriend," he confesses.

The 21-year-old also says he's more of a relationship guy, despite the fact that he's achieved a Hollywood heartthrob status.

"I think I could say this: If you like someone and the sex is really good and you enjoy spending time together, why wouldn't you make that person your girlfriend? Why go around dating random girls and having terrible sex when you can be with someone you really like?," he adds.

Well, it definitely sounds like Ansel's not afraid of a little commitment! What do you think about the actor's candid comments? Sound off below and click "Launch Gallery" above to see more stars' first times!