The "Real Housewives of Beverly Hills" star stopped by "Watch What Happens Live" on Tuesday, where she opened up about all the drama this season.

"I felt it was a safer place for me to detach myself and not really invest in anything she says," Lisa told host Andy Cohen in the clip."She says a lot of crap a lot of the time."

On Tuesday's "RHBH" episode we also saw Lisa Rinna and Eileen Davidson confront costar Kim Richards about her sobriety and addiction issues. What does Lisa think about Kim's bizarre behavior this season? Check out the video below to see what the SUR owner said.

"Her behavior was so strange [at poker night]," Vanderpump revealed. "I knew they were heading for trouble, that's why I said 'this isn't such a good idea'," Lisa explained about Rinna and Davidson confronting Richards.

Kim also took to her blog to share her side of the story, assuring fans that she is still sober.

"I wish people would just stop trying to intrude in my life and 'fix' a problem that doesn't exist," she wrote. "I hate to sound like a broken record, but yes, I made a mistake when I took Monty's pain pill to relieve the chronic pain from my injuries, and yes, I am still sober and strong mentally and physically."

"Their constant chatter about me honestly feels like they're belittling all the hard work I've put into my recovery for the past three years," she continues. "Now, this has only become a big deal because they made it a big deal."

What do you think about Lisa's comments? Tell toofab below and check out the gallery to see more "Real Housewives" stars before the fame! 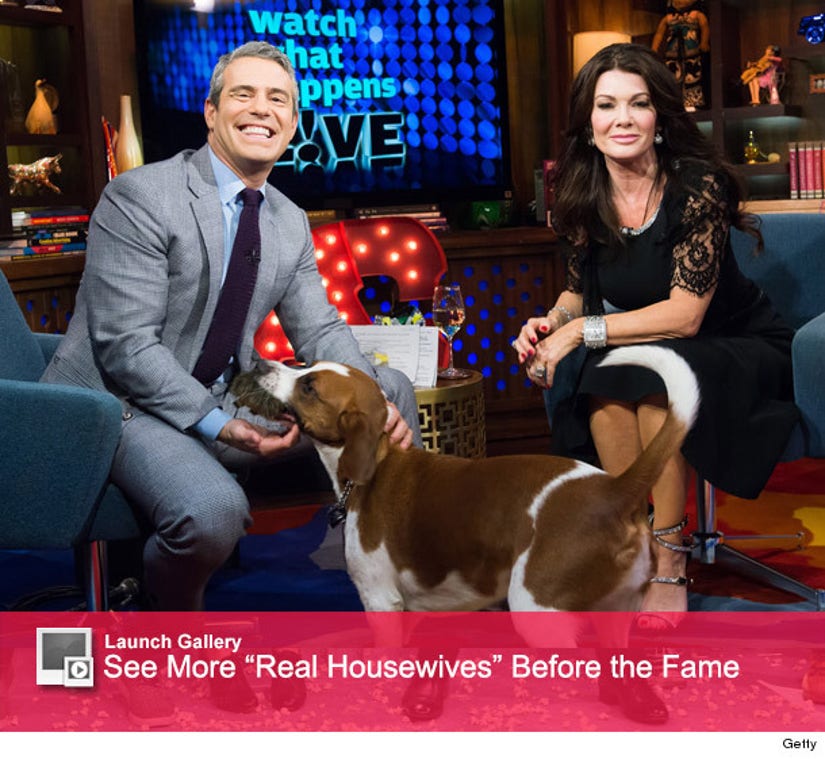