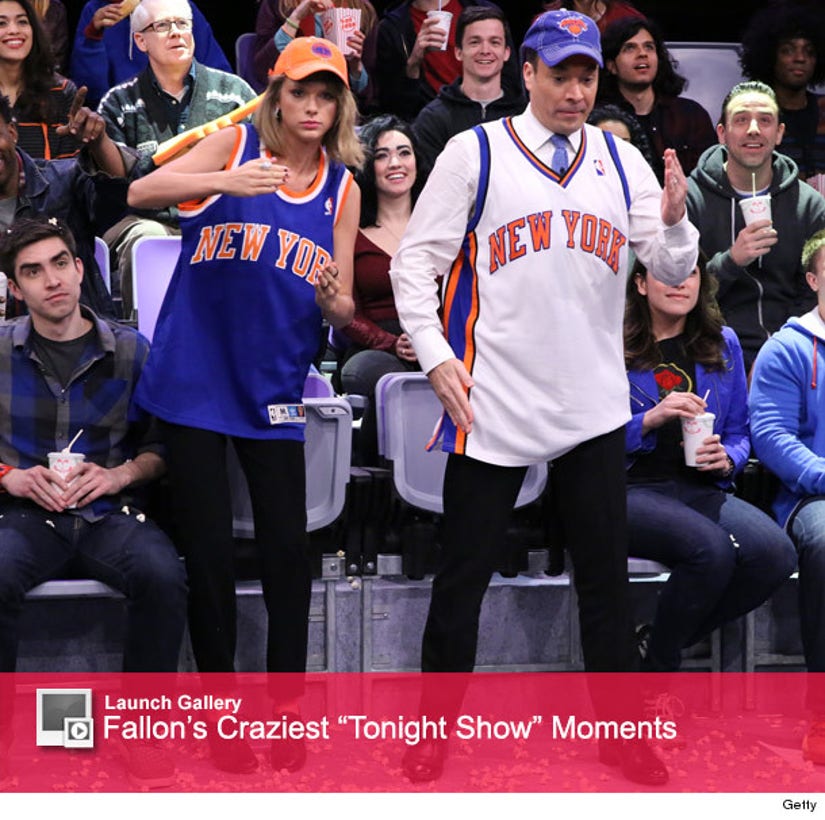 Taylor Swift is showing off those signature dance moves!

The "Blank Space" singer shook it off with Jimmy Fallon on "The Tonight Show" ﻿on Tuesday, grooving with the late night host on the jumbotron.

The comedian introduced the hilarious segment after having an emotional moment.

"Every time I see you dancing at events I get a little sad," Fallon told Swift. "For a while there, that was our thing." 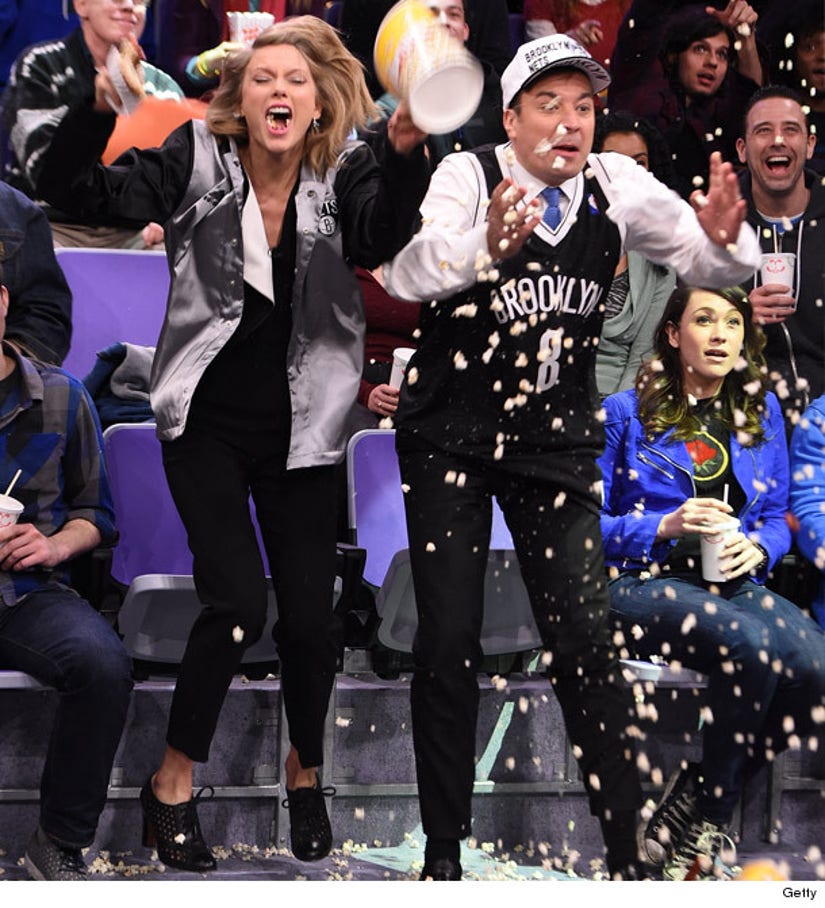 "That was a long time ago," she replied. "But we really used to go all out. I'm sorry I forgot about that being just our exclusive thing."

"We were famous jumbotron dancers," he continued, before explaining that he'd been in touch with a lot of New York City arenas to collect dance cam footage. Check out the clip below to see the two dancing up a storm -- it's hilarious!

Earlier in the episode, Fallon showed the blonde beauty's Vogue cover with Karlie Kloss and asked her to recreate a video the BFFs made for Vogue.com.

"There's like a best friend test, where you guys get two blank pieces of paper and you draw each other. You have 20 seconds and you're not allowed to look down," the "Saturday Night Live" alum said. "I was thinking, 'Let's test this out. Let's test the water.' I mean, we know each other."

Watch the video below to see them put their drawing skills to the test (they should probably stick to dancing!)