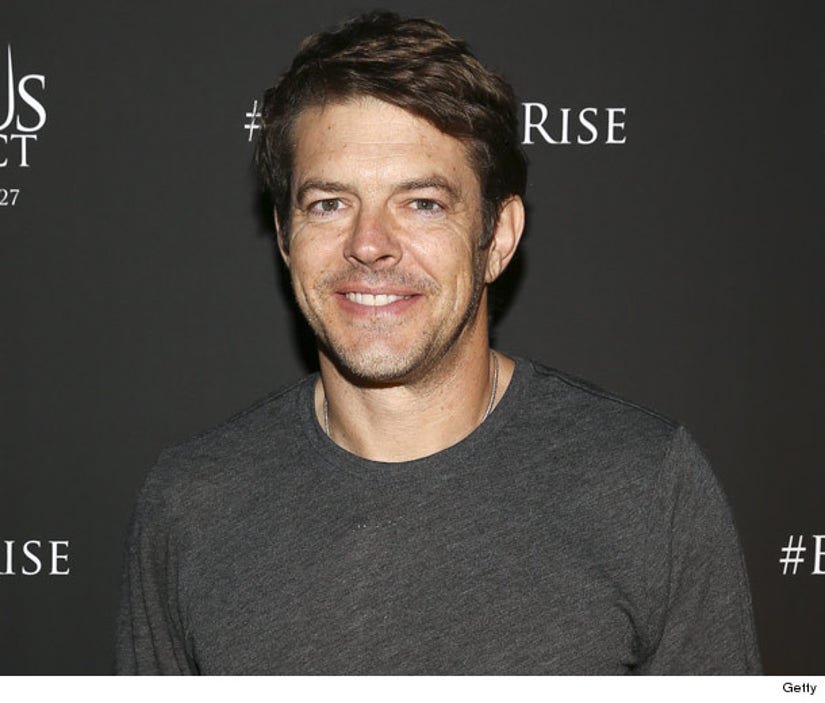 Apparently you can cover a lot in just 10 minutes with Blumhouse Productions head honcho Jason Blum.

With his latest flick, "The Lazarus Effect" starring Olivia Wilde and Mark Duplass, hitting theaters next week, the producer sat down with toofab's Brian Particelli to talk about pretty much everything his company is working on right now.

The Blumhouse production slate is pretty packed, with sequels lined up for "Paranormal Activity," "The Purge" and "Sinister," a film adaptation of the '80s cartoon "Jem and the Holograms" and a TV series based on another book from "Gone Girl" author Gillian Flynn. Check out the full Q&A below!

toofab: "The Lazarus Effect," "Insidious 3," "Paranormal Activity 5," "Sinister 2," there's a lot of horror coming from you guys, but also "Jem and the Holograms." That one seems like a bit of a departure.

Blum: With "Jem and the Holograms," we're seeing if our low budget model works for a brand. It's really Jon Chu's movie, he did a great job on the movie.

toofab: I hate to admit, I was a big fan of the cartoon growing up.

Blum: You're gonna love the movie. I'm in love with the movie. It so hits the theme of what the series hits, it's f**king great.

toofab: Can we expect to see Synergy & Pizzazz?

Blum: I can't tell you that. I can tell you the chances are very good. [Maniacal laugh] 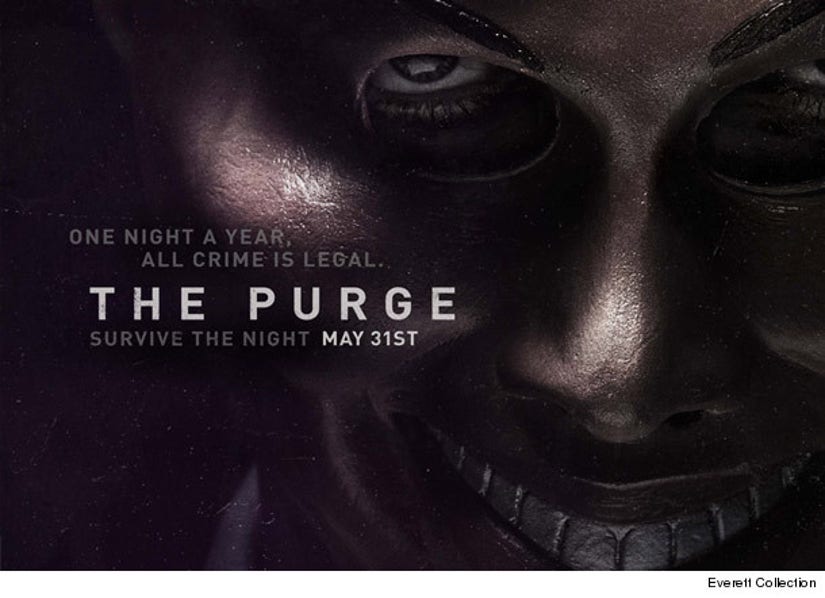 toofab: What are you allowed to tell us about "The Purge 3"?

Blum: We have our story. ["The Purge: Anarchy" writer & director] James DeMonaco wrote a great story, in a new setting and it's awesome. I'm hoping he directs it. He hasn't committed to direct it yet, but I'm going to twist his arm. I think the movie's going to be really cool, I'm excited about it.

toofab: While watching "The Purge: Anarchy," I kept expecting Lena Headey to pop up with the rebels. Do you think we'll see her return to the franchise at all?

Blum: Lena come back? I would never say never. That'd be cool! That's a good idea. I'll tell James that, see what he says. 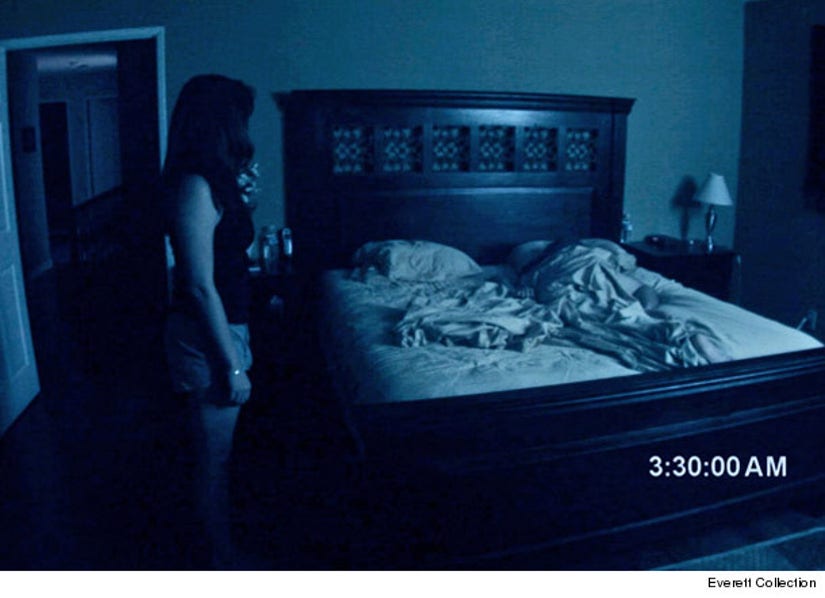 toofab: Fans are eagerly awaiting the new "Paranormal Activity" film too. What can you tell us about "The Ghost Dimension"?

Blum: October has traditionally worked for "Paranormal" movies. Greg's [Gregory Plotkin] a first time director. He's cut all these movies, it's his first time directing one, so it's been an eye-opening experience for him. He's doing a great job. Like every "Paranormal" movie, we're tinkering with this one like we've tinkered with the other ones and I think people will be very happy when they see the final result.

toofab: I loved "Gone Girl" and all of Gillian Flynn's books, so I can't wait for "Sharp Objects," what's going on with that right now?

Blum: We have the pilot written and it's awesome. No one knows that. The pilot, Marti Noxon ["Buffy the Vampire Slayer"] wrote it and it's finished and it's great. Hopefully we'll go into production on the entire 8 or 10 episodes, but we're very happy with the way the pilot script turned out..

toofab: Did the success of "Gone Girl" kick things up a notch?

Blum: Success always makes things move faster. To Marti's credit, she approached me about doing it as a series way before “Gone Girl” was even sold as a movie. Marti was on it from the beginning and was very passionate about it in a terrific way and killed it with the pilot. I'm psyched to get it into production. We're gonna go out with it soon, hopefully we'll find the right partner and turn it into a great show. 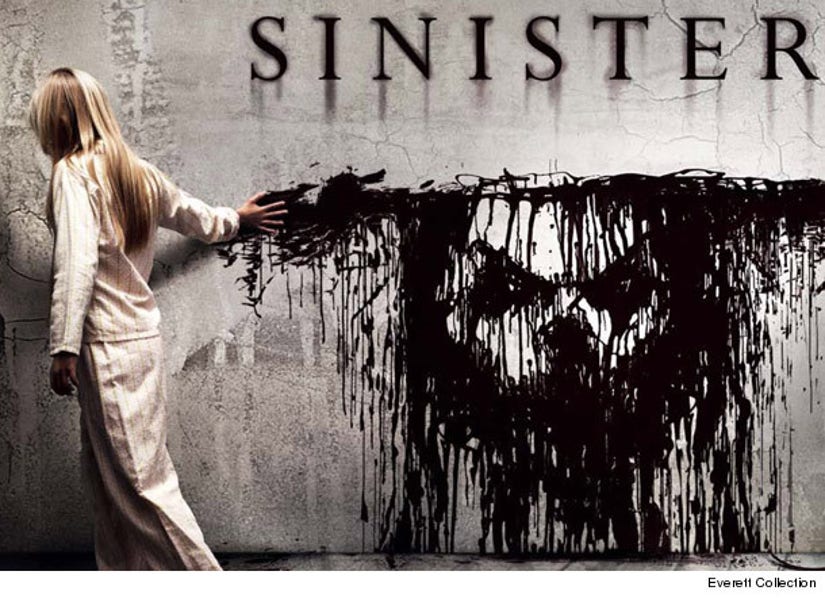 toofab: You mentioned "Sinister 2" earlier, will we see any familiar faces there?

Blum: You can expect Bagul to make a return and Deputy So-and-So [James Ransone] is back in the action. The movie comes out in August. It's really f**king awesome and grizzly. It's everything you'd want the sequel to "Sinister" to be.

toofab: And finally, J.K. Simmons is up for an Oscar this weekend for his work in another one of your films, "Whiplash." Are you surprised by all the critical acclaim?

Blum: It feels so good. I was surprised that … I really loved the movie and when the movie screened at Sundance I was very excited, but I never thought the movie would get as far as it has. The whole thing has been a great fun ride.

"The Lazarus Effect" lands in theaters on February 27. Check out a sneak peek below!