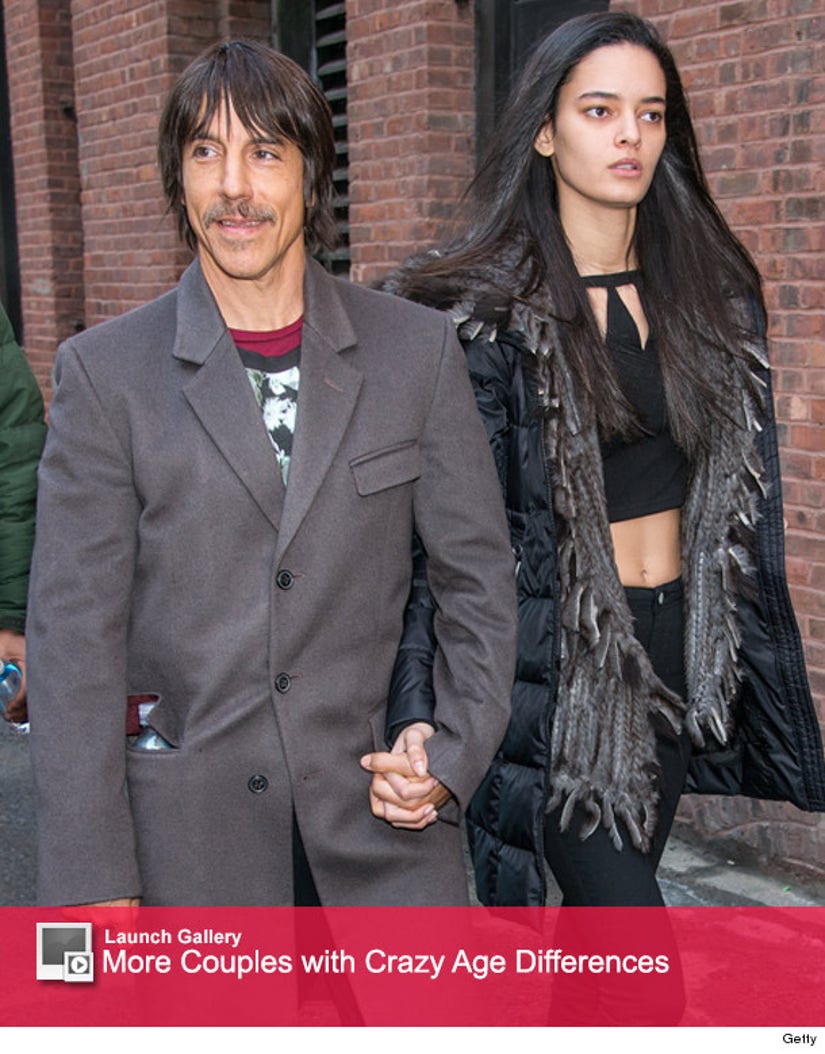 Out with the old and in with the new!

The 52-year-old was spotted clutching the hand of Brazilian model Wanessa Milhomem, born in 1992, while the two made there way into the Jeremy Scott fashion show. The rocker kept things causal in a trench coat, jeans and sneakers, while his stunning lady friend wore a crop top and kept warm with a puffy jacket and combat boots.

Inside things got way more interesting when the singer bit Wanessa's as she laughed at the rock star's antics. 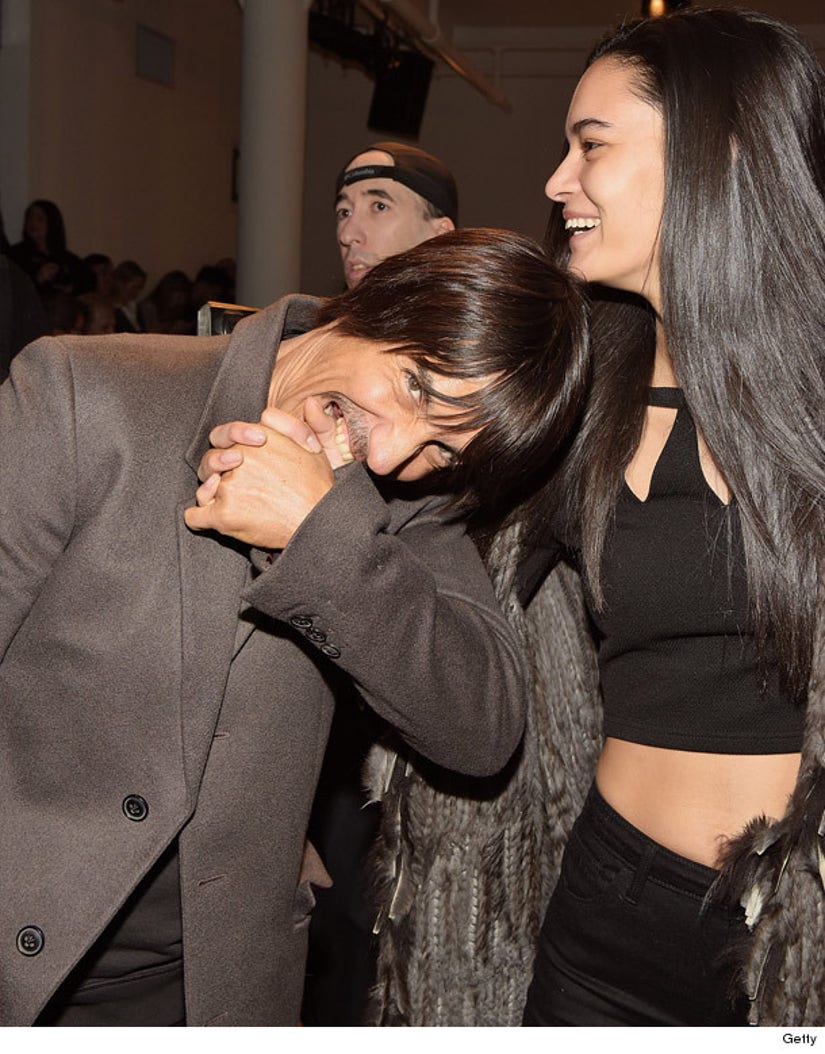 The 52-year-old had been dating 20-year-old model Helena Vestergaard since 2012, and the two were spotted out only last month ... safe to say that relationship is over!

But at least his latest girlfriend is slightly older than his last one. At the end of the day, age is just a number though, right?

What do you think of Anthony's latest love interest? Tell toofab in the comments section below then click "Launch Gallery" for more couples with crazy age differences!