With Hollywood's hottest stars checking out all the couture at New York Fashion Week, there were some major fashion risks and quite a few misses this week.

Just because these stars are sitting front row -- and rubbing elbows with Anna Wintour -- doesn't mean they're putting their best fashion foot forward!

Check out the clip above to see who toofab's Candice Brock and Anna Kachikyan picked for the Best and Worst dressed stars at NYFW, and take a closer look at all the bad outfits below ... including Ashley Benson's ridiculously revealing dress. 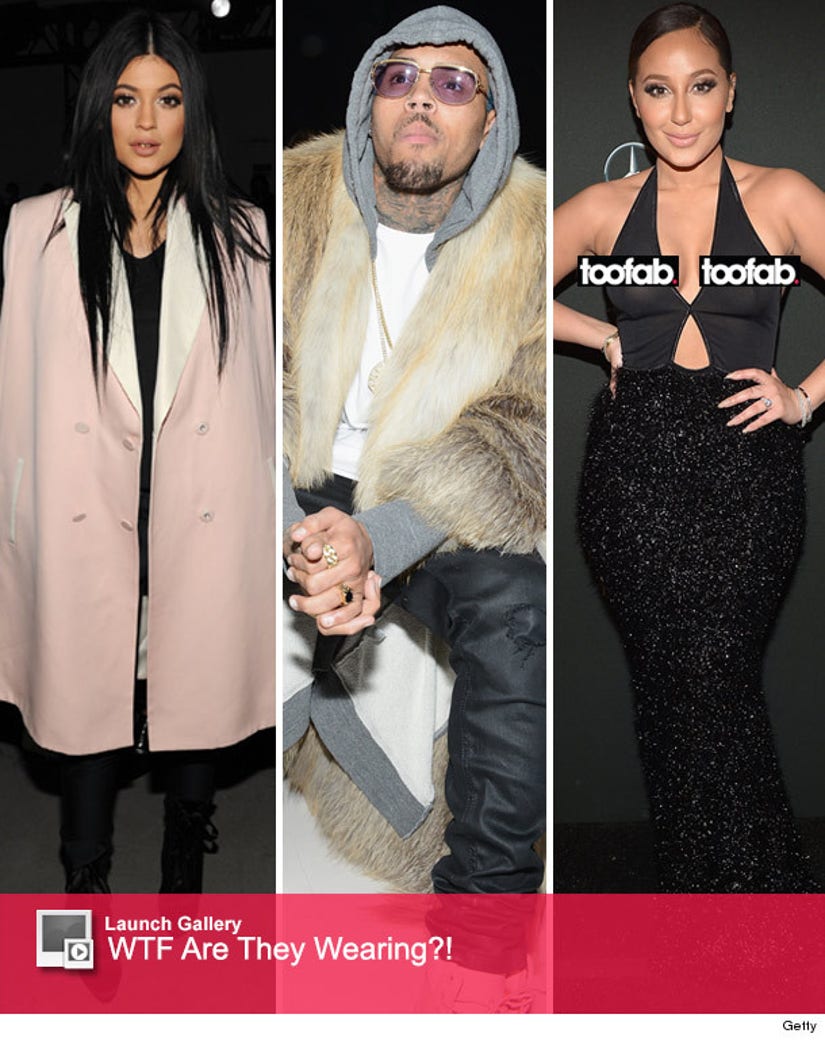