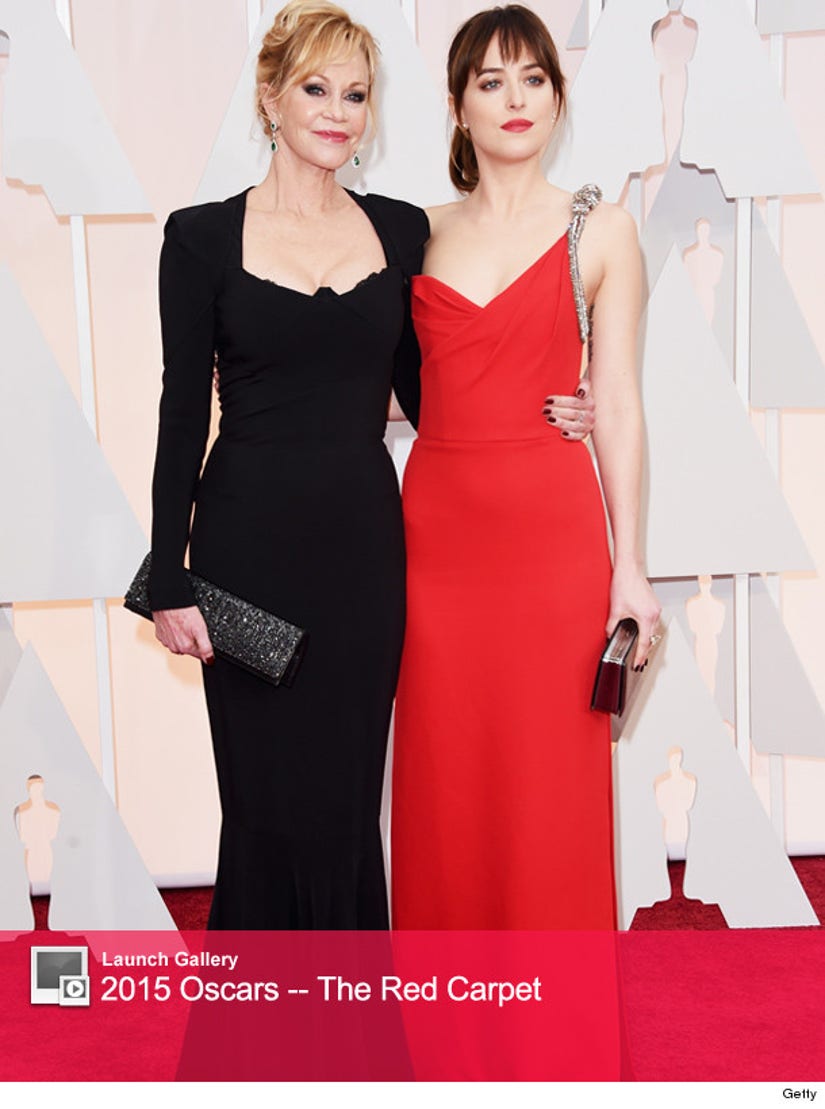 The "Fifty Shades of Grey" actress, who will be presenting an award during the star-studded show, looked red hot in a fiery one-shoulder Saint Laurent gown. But it was her 57-year-old mom who stole the spotlight in a striking long-sleeved black dress with sexy, square neckline.

During an interview with ABC's Lara Spencer, Dakota got a little snippy with her mom when they were talking about her racy movie.

"Will you be seeing the movie," the host asked Griffith. "No, well maybe," she replied. When the veteran actress elaborated, her daughter snapped back at her.

Check out the clip above to see the classic mother-daughter moment! 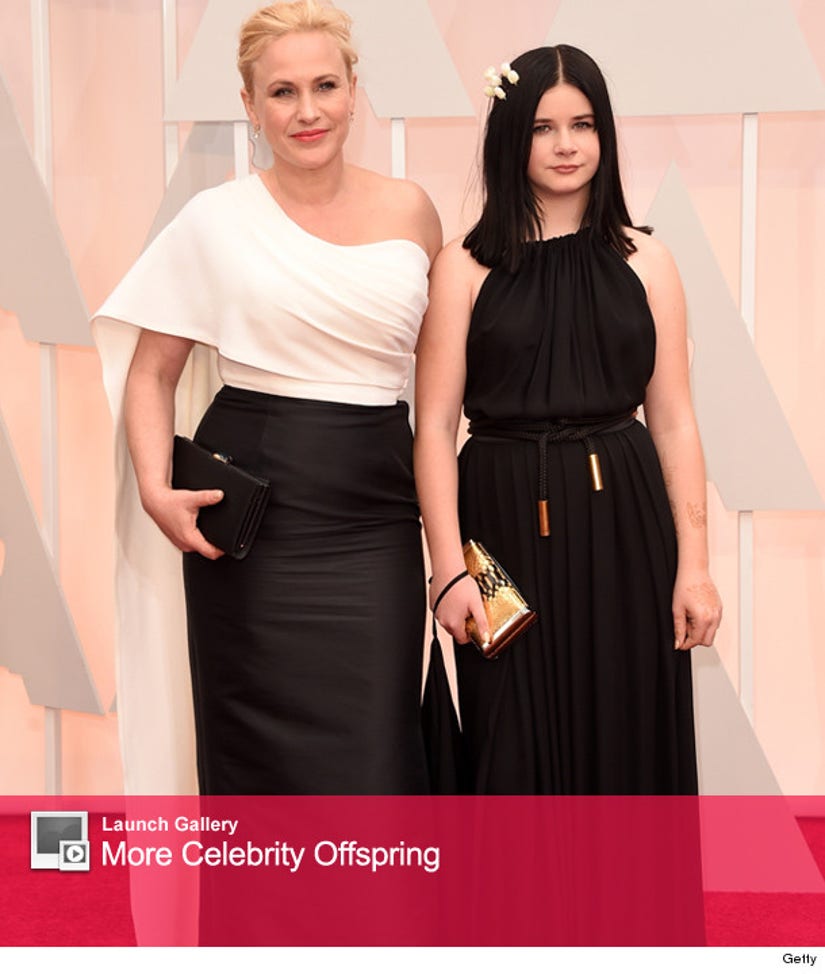 Dakota and Melanie aren't the only stars to the Oscars a family affair!

Patricia Arquette, ﻿who posed for pictures with 11-year-old daughter Harlow, looked chic and sophisticated in a custom black and white Rosetta Getty gown. She also was photographed with sister Rosanna Arquette.

The "Boyhood" star has a big night ahead as she's up for the award for Best Actress in a Supporting Role ... and will likely win. 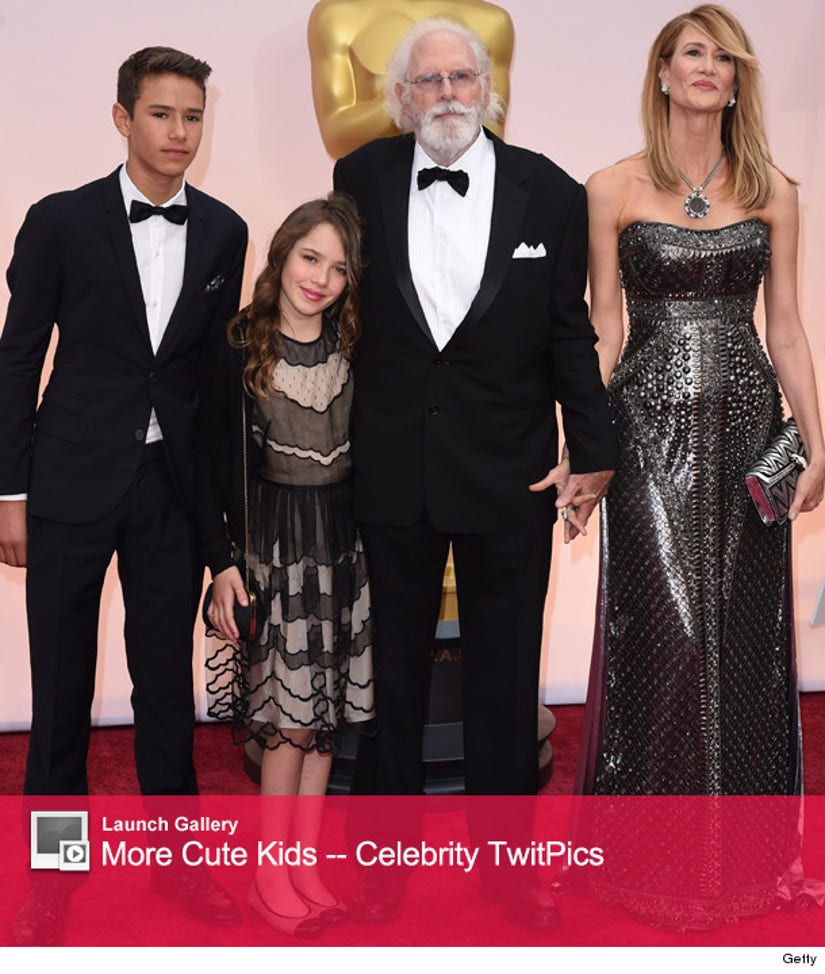 Laura Dern also hit the red carpet with her father, Bruce Dern, and her kids, Ellery and Jaya Harper.

The "Wild" star, who stunned in an embellished black and silver Alberta Ferretti gown, has made it a tradition to attend these events with her dad. The actress went as his date last year when he was nominated for his role in "Nebraska."

See all the stars on the red carpet in the gallery above, and check back with toofab for all the latest news from the Oscars!