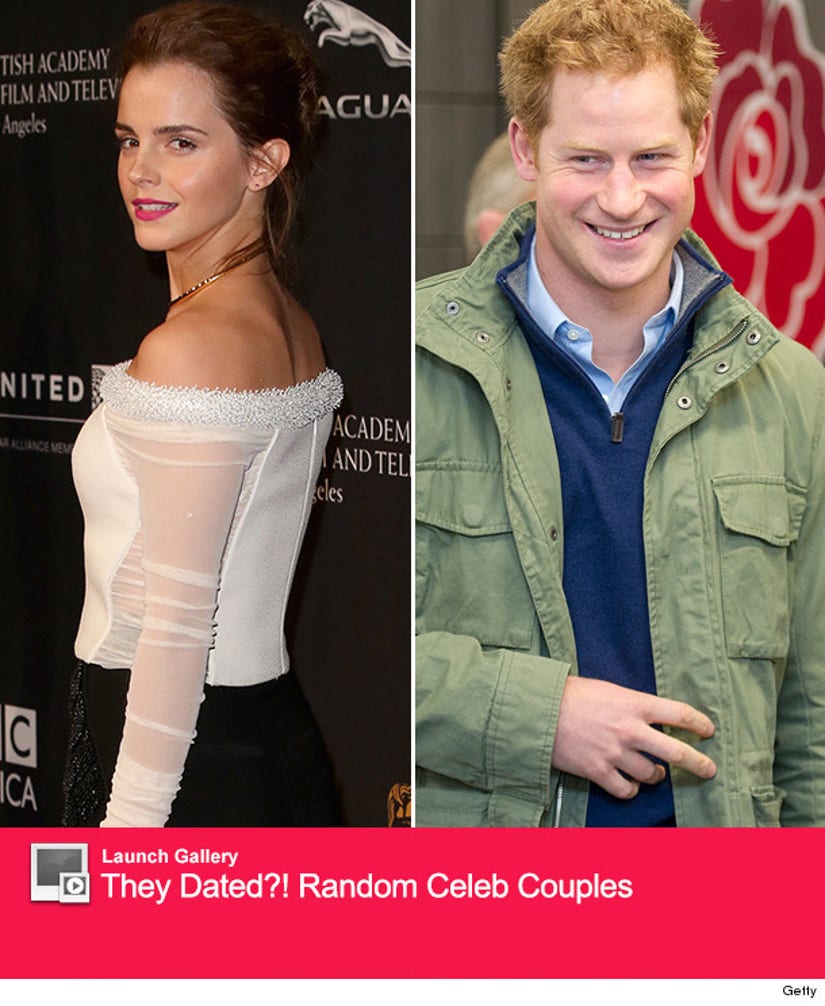 Sorry, but Emma Watson does not have herself a royal boyfriend.

We never bought the gossip ... and, according to the actress herself, we shouldn't.

"WORLD [Heart] Remember that little talk we had about not believing everything written in the media?!," she tweeted earlier today, seemingly addressing all the reports.

Too bad, right? They would have made one killer couple.

Watson has been living single since splitting from her rugby player ex Matthew Janney last year, while Harry has also been flying solo after his breakup from Cressida Bonas.

While she won't be a real princess anytime soon, we'll see Emma take on the role of a classic Disney princess in the upcoming live-action adaptation of "Beauty and the Beast."