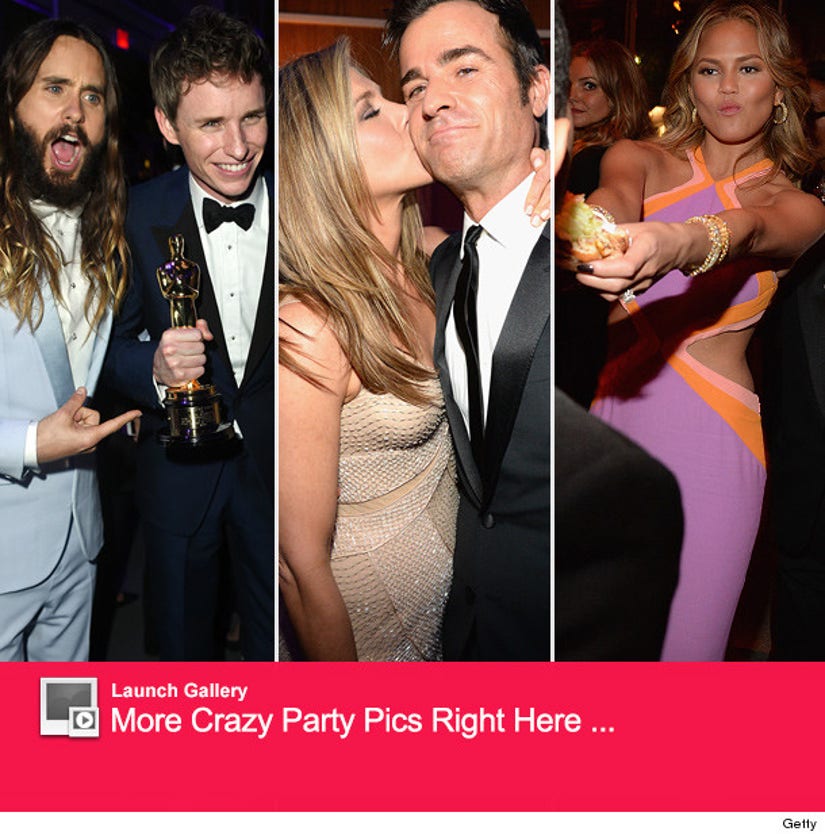 After the show it's the after-party!

After sitting through a 3+ hour telecast, the stars were ready to let loose after the 87th Annual Academy Awards ... and hit up some bashes all over town.

The biggest soiree of them all was the annual Vanity Fair celebration, which was held at the Wallis Annenberg Center for the Performing Arts in Beverly Hills.

Everyone from Jennifer Lopez to Jennifer Aniston attended, as they were photographed on both the red carpet and getting wild inside.

Aniston was seen sharing some PDA with fiance Justin Theroux, J.Lo got some face time with Beyonce and Chrissy Teigen was happy to chow down on a cheeseburger while dancing with hubby (and Oscar winner) John Legend!

PHOTOS: Adam Levine's Wife Has a Nip-Slip on at Vanity Fair Party

Jared Leto once again proved his red carpet awesomeness by photobombing both Michael Keaton and "Birdman" producer James W. Skotchdopole. His faces were downright adorable -- just look at that shot of him with Eddie Redmayne above too!

Elsewhere in Hollywood, a ton of other celebs attended the Elton John AIDS Foundation's annual viewing party too.

Inside, Klum looked drop-dead gorgeous in an extremely revealing dress with some crazy cutouts ... the stars of "Gossip Girl" had a mini reunion ... and Rose McGowan showed off her interesting sense of style.

And at the Governor's Ball, winners Julianne Moore and Emma Stone compared statues -- Julianne had her real one, while Stone looked content with a LEGO version. Oprah Winfrey, Felicity Jones, Patricia Arquette and more were also spotted at the bash. 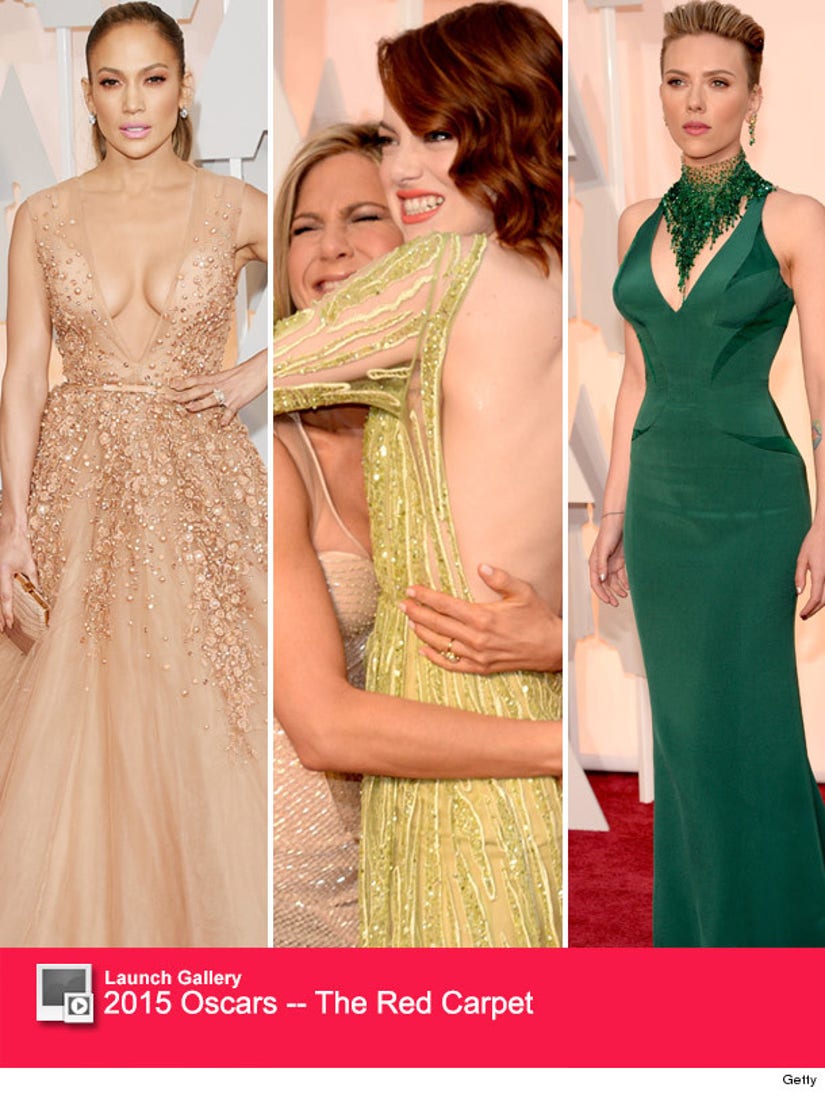