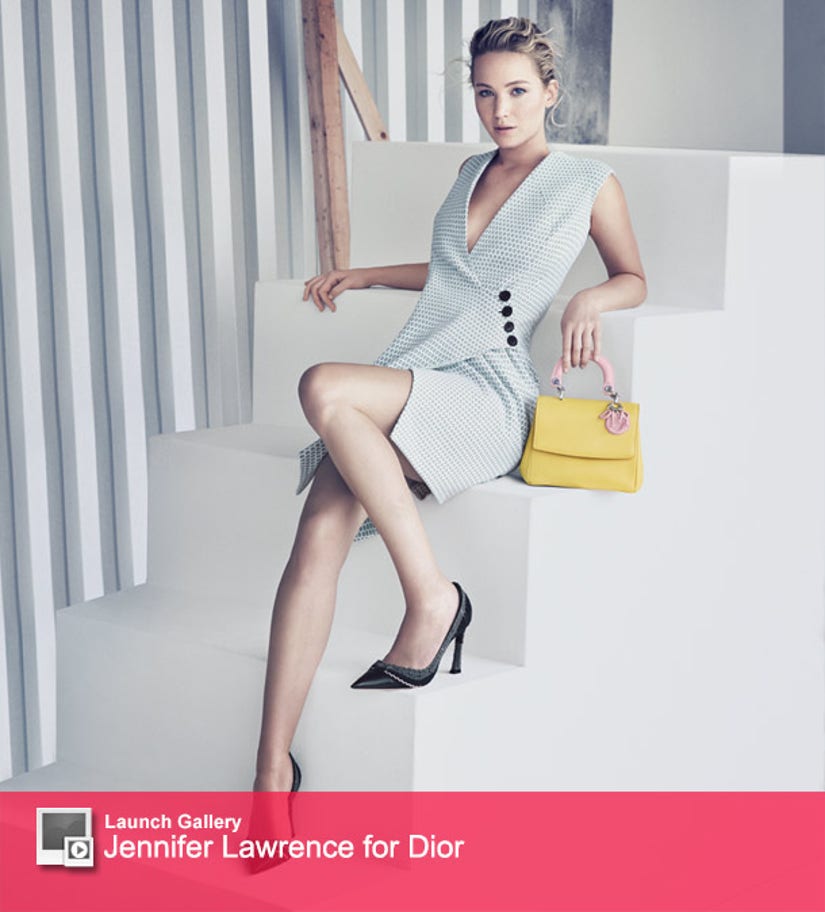 We missed you last night, J-Law!

Jennifer Lawrence was MIA at the Academy Awards on Sunday ... but she's still bringing out some fierce fashion this week in a batch of just-released campaign photos for Dior.

With her killer legs on display and sporting some flawless neutral makeup, the "Hunger Games" star looks absolutely gorgeous in new ads for the line's "Be Dior" bag.

Lawrence has been the "muse" for Dior since 2012 and wears the fashion house's designs regularly on the red carpet.

"I was, of course, struck by her incredible on-screen presence in these blockbuster films, but also impressed by her powerful interpretations of subtler more rounded characters," Dior creative director Raf Simons said when she was first announced as the face of the brand.

"Her youth and her classic beauty, but also her force of character and the complexity she's capable of embodying at such a young age, are, for me, both unique and very moving."

Check out the rest of the images in the gallery above -- she just looks amazing!