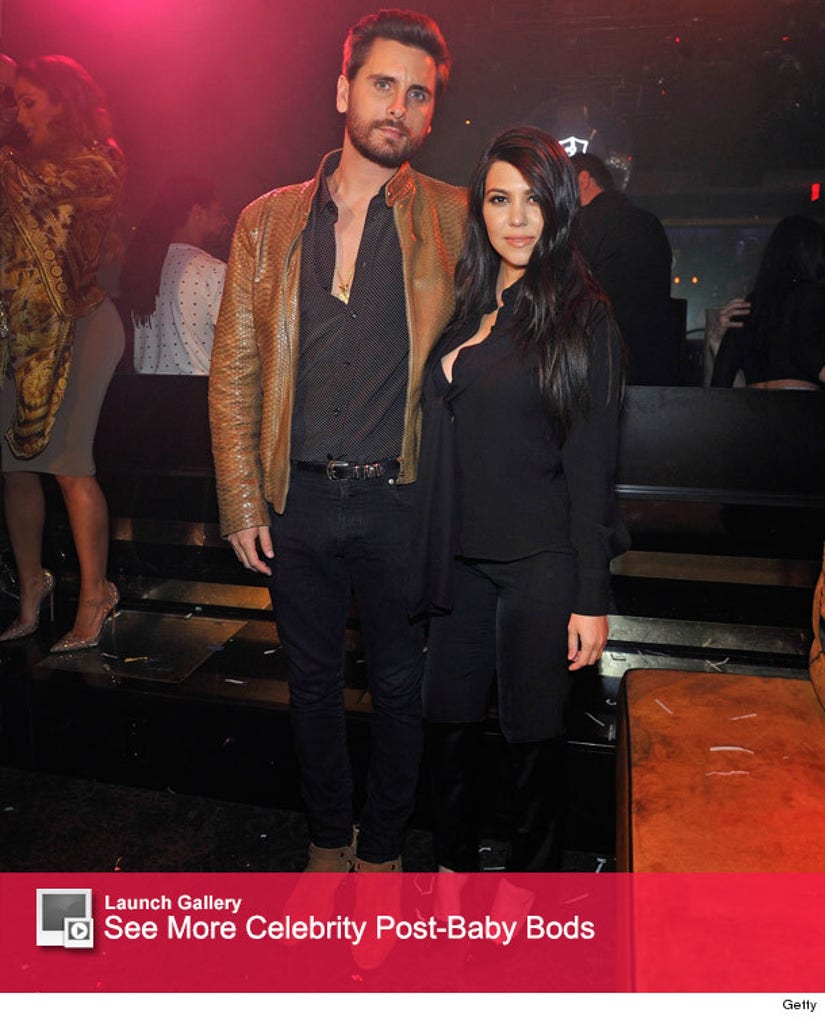 Over the weekend, Kourtney Kardashian made her first official outing since giving birth to son Reign back in December, hitting up 1 OAK nightclub in Las Vegas with baby daddy Scott Disick.

Sporting a loose-fitting black top and matching skinny jeans, the reality TV star looked happy to get out of the house after welcoming Baby #3 just two months ago. Scott was dressed in a snakeskin jacket, black jeans and a button-down shirt for the event.

"Quickest middle of the night Vegas trip ever," she posted on Instagram following her Sin City getaway. "Drank one too many cups of hot tea. LoL. When nothing to wear, ALL black everything."

Earlier in the weekend, Kourt was spotted in Montana with sisters Kim Kardashian, Khloe Kardashian, Kylie Jenner and Kim's daughter North West -- but was not involved in the scary car accident the rest of them were in on Saturday morning.

Khloe was driving when the vehicle they were in skid on ice and crossed into oncoming traffic. They ended up in a ditch, but nobody was injured.